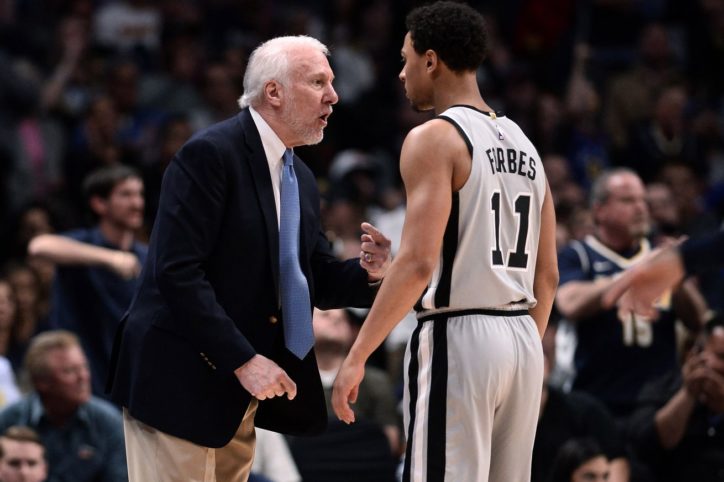 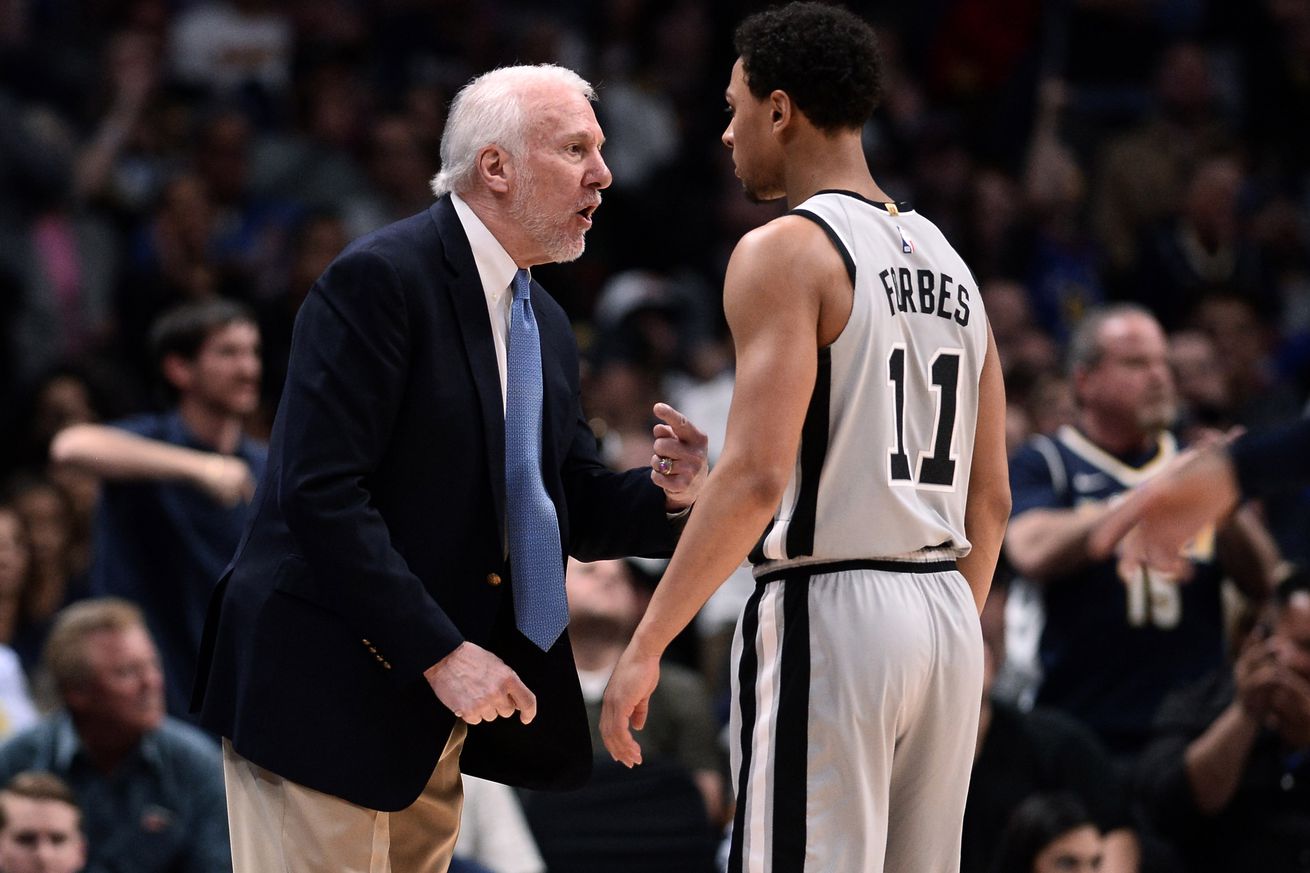 Forbes made the most of his opportunities this past season. He’ll need to do the same next year.

Game 7 was winding down, and the Spurs needed a bucket to have any hope of making a late comeback. The Nuggets were up four with under a minute to go. DeMar DeRozan could have cut it to three, but he missed the first of two free throws. It was a two-possession game and San Antonio needed a stop and a quick bucket.

Denver predictably went to its Jamal Murray — Nikola Jokic two-man game. Murray made a pocket pass to a diving Jokic, but the Spurs’ defense was ready. Patty Mills switched, Rudy Gay rotated off of Paul Millsap, and LaMarcus Aldridge recovered in time. With no path to a bucket or an interior pass, Jokic kicked the ball out to Gary Harris.

Instead of sinking to the paint to put a body on Gay’s man, Forbes only half commits since not even Jokic could make that pass but could easily find Harris. The closeout was great, forcing Harris baseline into help, but Forbes also stayed in the play to limit Harris’ space. The leak out was risky. The Nuggets had been pounding the Spurs on the offensive glass. Forbes was lucky enough that the ball found Mills, who made the pass ahead for the dunk.

Preparation, the good kind of opportunism, and a little bit of luck — all present on that play and on Forbes’ young career. An undrafted tweener like him shouldn’t have been starting for a playoff team much less being on the court on the closing minutes of a Game 7, but Forbes seemingly refused to conform to expectations. He improved throughout a crucial summer, bulking up to become a better defender and refining his floor game in case the team needed more than his shooting. When the Spurs’ point guards started dropping like flies, he was ready to pick up minutes and become an essential part of the rotation.

The sheer unlikeliness of Forbes’ rise is what makes it interesting. He willed himself into becoming an NBA player. He was fortunate that a role opened up for him early in the season, but he made sure to never play himself off the floor by doing a little bit of everything instead of being just a shooter. When big moments came he was ready, making a believer out of Pop, who routinely drew plays for him when the Spurs needed a bucket. The entire season must have felt like a dream for Bryn. Well, every part except for the ending.

Now it’s probably time to go back to reality for him. A repeat performance in 2019-20 seems extremely unlikely. The guard rotation is going to be even more crowded, so it wouldn’t be shocking to see the Spurs try to use Forbes, fresh off a career year and on a fantastic contract, to move up in the draft. Even if they don’t, Bryn has probably already made his leap. His upside seems maxed out. His shooting will keep him in the league and likely in the Spurs’ rotation if he’s on the roster, but it’s hard to see him starting 81 regular season games and getting crunch time minutes in a Game 7 ever again. That dunk — and the huge three he hit a few moments earlier — might have been the peak of his career.

Then again, last season was never supposed to happen either. Bryn was expected to provide some depth behind more accomplished teammates, not be on the court late in Game 7, scoring clutch buckets. Some guys just keep finding ways into situations no one expected them to be in and excelling in them.

Preparation, the good kind of opportunism, and a little bit of luck: they got Forbes to where he is today. Let’s see if they can take him even further.

Bryn Forbes exceeded even the Spurs’ expectations on the biggest stage
Source: Pounding The Rock