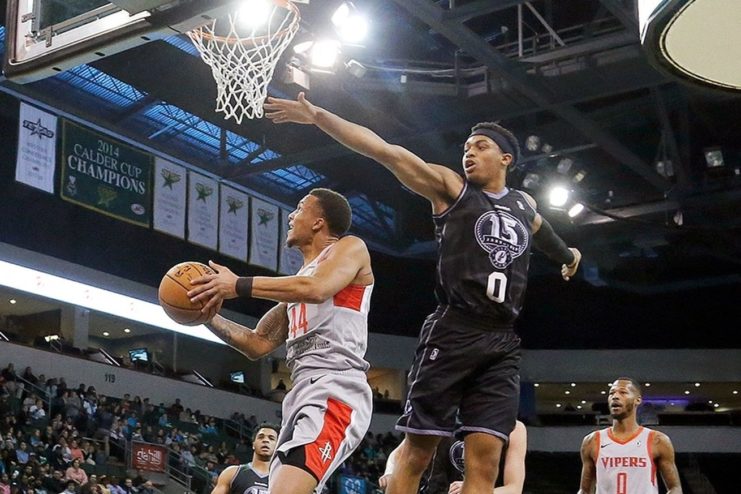 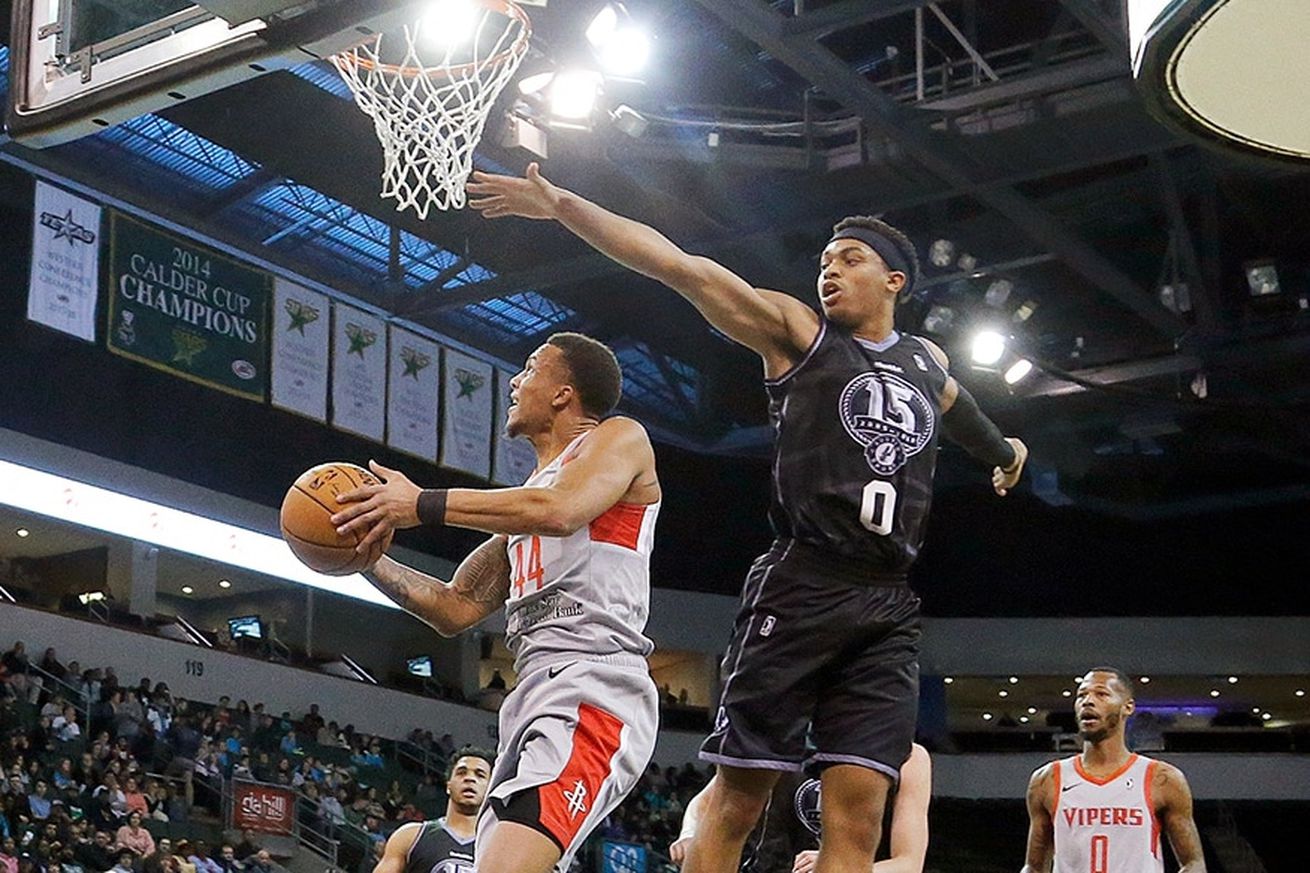 Keldon Johnson’s 25 points was not enough to give Austin Spurs season opening win.

After three quarters of commanding basketball where they looked in control of the game, the Austin Spurs seemed to run out of steam in the fourth quarter, losing to the defending G-League Champions Rio Grande Valley Vipers 120-112.

Despite the first half being a feeling out process by both teams, the Spurs had the advantage at halftime, leading 61 to 51, and came out of the intermission firing to balloon their lead to 17 at 80-63.

“We were really moving it and sharing it up until that third quarter,” said Ahearn. “Then we miss a few shots, get a couple turnovers, and we never really got comfortable down the stretch. Give them credit, they made shots down the stretch, and we just didn’t.”

While the Spurs were able to run back the momentum a little in their favor early in the fourth frame, it was all Vipers and the stellar closing play of Angel Rodriguez, Gary Clark, and Isaiah Hartenstein leading them to a 120-112 victory the Spurs. While this was a disappointing loss, it was encouraging to see Austin keeping up with a team of elite caliber in the G-League.

For the Spurs faithful, the record of the Austin Spurs does not really matter. What is important is the development of young players that could be the future of San Antonio. So how did those men play on Friday?

Both on the stat sheet and within the action, Johnson was easily the most compelling Spur on the night. The biggest takeaway was Johnson’s aggressiveness driving to the hoop. Every time he attacked the lane, he looked like he was about to avenge a personal vendetta against the rim. More importantly, Johnson was HYPER efficient, going 11-13 from the field (all within the paint) and scoring 25 points. The activity did not stop there, as the Kentucky product also grabbed 8 rebounds.

“Keldon’s really aggressive and such a high energy player and it’s good to have, “said Ahearn. “We need to have more of that. It can’t just happen when you’re making runs and scoring baskets, it needs to be constant.”

Above all, Johnson does a very good job understanding his strengths and weaknesses and playing to his positives, but it would be nice to see him work on some of those areas of improvement within the game. The biggest example of this is passing. Johnson had multiple instances where he clearly saw an opportunity to find a teammate, but did not trust himself to make the pass.

Samanic had a slow start to the game. He seemed like he wasn’t very sure of himself and where he needed to be, leading to a passiveness from the rookie. However, as the game progressed, you saw flashes of the talent within his game. It wasn’t just shooting the ball, but he also had a few nice passes and showed good timing on the boards, which are encouraging signs for his development. He finished with 13 points and 10 rebounds, but also turned the ball over 5 times.

“He’s still trying to figure things out and learn, but he’s super talented,” said Ahearn. “When he plays with a high motor, he is tough to guard.”

It was a sort of lost game for Eubanks, who was never able to develop rhythm. After playing just three minutes in the first quarter after picking up two fouls, Eubanks had to focus most of his energy on containing Isaiah Hartenstein while not fouling. He finished with 10 points, 7 rebounds, and 4 blocks. Expect a more gaudy performance offensively from Eubanks on Saturday.

Since Summer League, this was the second time I had watched Weatherspoon, and the second time I came away disappointed. There were massive chunks of the game where he essentially disappeared, despite putting up 14 points, 5 rebounds, and 6 assists. To make matters worse, his point guard opponent Rodriguez scored 25 points and dropped 7 assists in the midst of leading Rio Grande’s fourth quarter comeback. It is early, but Weatherspoon needs to bring some sort of consistent offensive gravity for Austin to have a positive contribution.

Metu was the only “San Antonio” Spurs roster member who did not start, a consequence of Eubanks’ productivity in the G-League last season and Samanic’s standing within the organization as a first round pick. He continued to be productive in a high energy role, scoring 13 points, grabbing 7 rebounds, and providing a few highlight dunks.

The Spurs are now headed to Edinburg, TX to take on the Vipers again tonight in their home arena. The game will be a 7:30 PM (conveniently after San Antonio’s unusual 4 PM game today) and can be viewed on NBAGLeague.com.