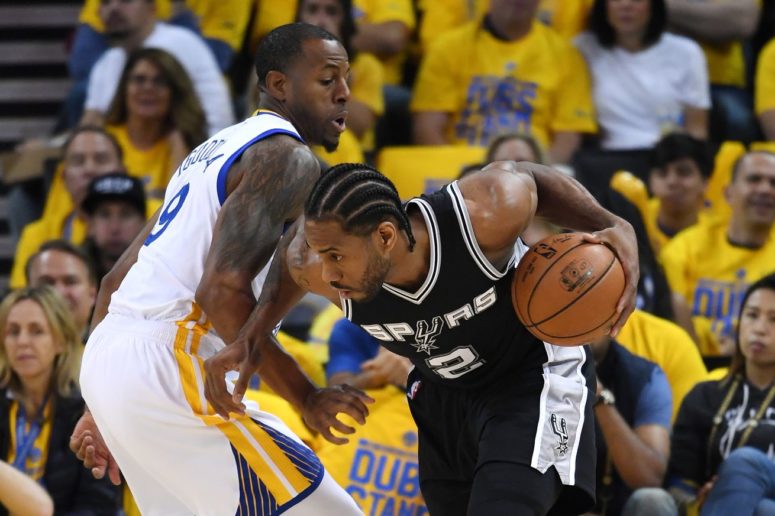 Another season is about to begin — here’s what we have to look forward to.

The term “The Beautiful Game” was applied to the San Antonio Spurs in the 2014 NBA Finals against the Miami Heat. After the teams split the first two games, the Spurs’ collection of players from around the world played three “beautiful games,” both offensively and defensively, and the Spurs rolled to the crown. As a friend emailed me after Game Five, “Somewhere on that court John Wooden, Red Holtzman and Dr. Jack were standing side by side with big smiles. Big win for basketball!”

But I can not limit “The Beautiful Game” to that Spurs team. Instead, as another NBA season begins, with college and high school to follow, this post addresses the various moments, the sights and the sounds, that make the game of basketball itself so beautiful. This is intentionally generic in order to allow readers to picture their own moments, whether those moments occur while playing the game, perhaps in a weekly pick-up or league game, or as fans watching young players in their first league, a high school or college game against the traditional rival, or an NBA game played at the highest level.

For instance, I still get that feeling the moment I walk into an empty gym before my weekly games. The gym is silent, the floor shines, the nets invite the soft swish of a perfect jump shot, while the rims stand ready to reject errant, undeserving attempt. A different, equally special, feeling comes when I enter the gym for a local high school game, or walk into an arena for a college or professional game. Fans, many in team jerseys, are already in their seats, players on the court in colorful warm-ups get loose in lay-up lines, the rhythmic sound of bouncing basketballs everywhere.

Final preparations for the game are also beautiful. In a pick-up game, setting the match-ups, talking trash, and shooting to see who gets the ball first. In a league game, including the NBA, the players greet each other like old friends at the center circle– and invariably ask the referee to allow them to touch, bounce or squeeze the ball at least once before proceeding. And then the moment of anticipation before the opening tip, with fans settling in – and leaning forward – as the action finally starts.

So many moments during the game have a beauty all their own.

A perfect bounce pass to a player cutting back-door. A defender stepping in to take a charge – followed by teammates sprinting over to offer a hand up as the referee points the other way.

The ball swinging quickly from player to player, the final pass hits the shooter in rhythm — who immediately rises to shoot before the defender can contest. The team gathered around the coach drawing up an in-bounds play on a clipboard, and the bench rising as the play creates an easy basket. A defender locking down the other team’s best player.

The star player dribbling the ball back and forth between the legs at the end of the quarter, watching the clock tick down, before attacking the rim. The post player sealing the defender before catching the entry pass and laying the ball off the glass in one movement. The rising hum of the crowd as the shooter catches fire – and begins to back-pedal to defense even before the shot splashes through. A three-point play, the old fashioned way: The official emphatically signals that the shot counts, the scorer springs off the ground after the foul to accept high fives, and drains the “and one.”

A hustling defender chasing down the seemingly uncontestable break-away to swat the lay-up before it can bank off the glass into the basket. A free throw shooter knocking down two free throws, with disdain, as if to ask why anyone required the formality of the actual shots.

A pump fake which causes the defender to fly by, helpless. The extra pass, turning a good shot to a great one – and the scorer points to the passer in appreciation and acknowledgement.

The spin dribble into the twisting lay-up. A guard fights over a screen, or ferociously fronts the post player after a switch. The squeak of shoes on the floor. The kick-ahead pass. Anyone diving for a loose ball, leaving a damp streak of sweat across the floor. A dunk in traffic. A blocked dunk in traffic — all ball.

And, of course, the game winning play. The shot in the air as the buzzer sounds, the ball hits the net and secures the contest. Or a defensive team coming up with a final stop to preserve the narrow win. All followed by teammates being teammates, coming together, whether in celebration, or commiseration, since only one team can win.

Teammates coming together, in victory or defeat, is the most special moment, because basketball is, after all, a team game. Which is beautiful.

Enjoy the season and all the beautiful moments in it.