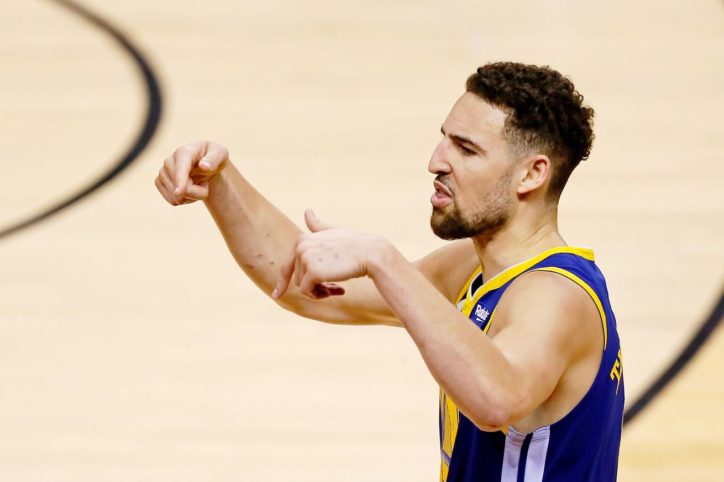 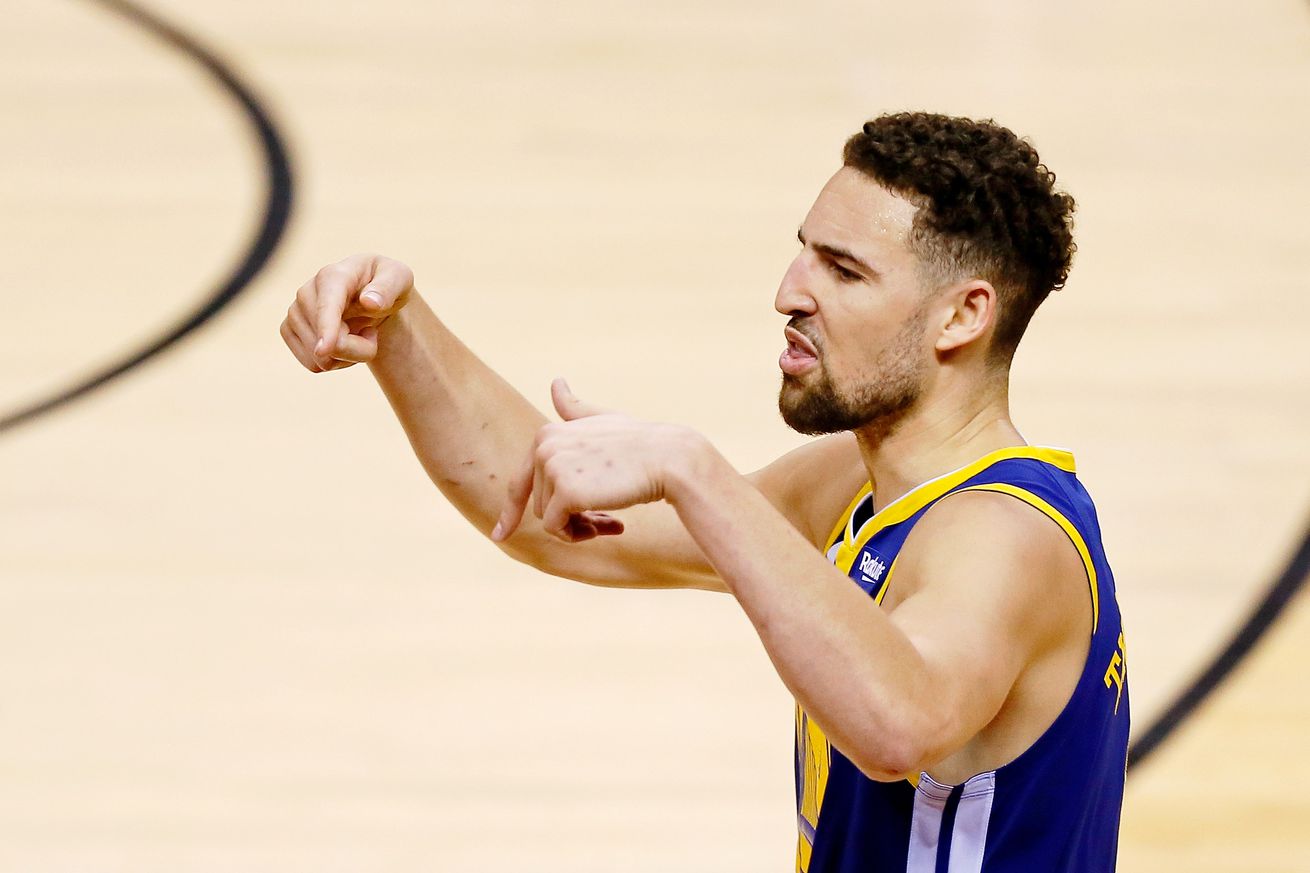 Game 5 was the epitome of the phrase “every shot matters”.

When I was coaching, I liked to have an early season win by one or two points. After the game, I would ask my team who made the winning shot. The team would invariably identify whoever made the last shot. However, the truth is that every shot that went in prior to that last shot was also the winning shot. I would remind the team that basketball is not Jeopardy — shots in the first half count just as much as ones in the second half, or the last minute. Of course, rebounds, defensive stops and turnovers have the same impact on the ultimate outcome whenever they happen too. Combined, the point is that we need to play hard and smart on every play, because you never know which play will be the difference between winning and losing.

All that being said, sometimes in a game, there is a tipping point, or sequence, that seems to have more impact.

Monday night, the Raptors went up 103-97 on a Kawhi Leonard jumper with 3:28 left in the game, the last of his consecutive 10 points that put Toronto on the precipice of the championship. That was followed by a missed three by Steph Curry, which the Raptors rebounded with 3:12 left in the game.

Unfortunately for The North, they did not score the next time down, which would have put them up by 8 or 9. Indeed, the Raptors did not score again until 29 seconds were left, when Kyle Lowry’s drive cut a three-point Warrior lead to one. During that three minute dry spell, the Warriors possessions went like this:

On the other end, the key shot — the tipping point — was a truly and completely wide open three-pointer by Lowry from the right wing with 2:09 left, and the Raptors up by three. Had it gone in, the shot would have put the lead back to six. It did not go in.

I know intellectually that this miss did not count any more (less?) than all the bricks Toronto threw up that led to their 2 for 15 from three in the first three quarters. But my heart tells me differently — and I bet Lowry agrees. He played an excellent game, but man I bet that one hurts.

And it hurts even more because the Raptors surely feel like they either won or should have won all five games played so far in this best of seven series.

Going into Game 5, Warriors not called “Steph” or “Klay” by their friends were shooting only 26.6% from three, and 38.5% overall, in the series. Other than Durant, the non-Splash Brothers Warriors went 5 for 12 from three in Game 5, which means two more threes than they had been making in the first four games. In line with my coaching advice to my teams, each of those “extra” threes won the game.

On the other hand, each of the three Toronto wins included someone other than Kawhi and Lowry having a great game — Marc Gasol and Pascal Siakam in Game 1, Danny Green in Game 3, and Serge Ibaka in Game 4. Finally, in Game Five, the Warriors could realistically hope that someone not named Steph or Klay would be the difference — some guy named Kevin Durant.

Prior to his calf injury a month ago, KD was having a playoff run for the ages. But going into Game 5, there were many questions: What would his conditioning be like? Could he seamlessly get back into “the flow”, such an important part of basketball, particularly in an offense like the Warriors? Would his presence make Curry more or less effective and aggressive? And would KD actually be healthy? Down 3 – 1 on the road, if he was ever going to find out, this was the last chance to do so.

We learned the following in Game 5: KD’s conditioning was fine. He got back into the flow just fine. Curry was just as or more effective, scoring 14 points in the first quarter to KD’s 11. But most importantly, KD was not fully healthy.

When he went down early in the second quarter, I assumed he had just re-aggravated his calf muscle. I have played with many guys who have done the same. As it turns out, I was wildly optimistic. With an Achilles injury, KD will now miss most or all of next season.

While I have avoided talking about what this series means for next year for KD, Kawhi and others, this injury puts those questions front and center. I will continue to avoid discussing them until the Finals are over. Let’s just live in the moment for a few more days.

1. Kawhi had an interesting game. He had a remarkable stretch near the end of the game where it looked like he was going to single-handedly win the game, and the championship, for the Raptors. He scored 12 of the 14 Raptor points in a remarkable fourth quarter stretch that put them up by 6 points with just over three minutes left. But other than that stretch, he was 5 for 20 from the floor, winding up 9 for 24 from the floor. So you tell me: did he have a good game? I suppose the answer is yes — if the Raptors had won.

2. Kawhi had another six offensive rebounds in Game 5. Which makes this analysis from ESPN’s Chris Herring before Game 5, even more impressive:

“But it would be a mistake to overlook Leonard’s 47 offensive rebounds this postseason, which ranks third among all players. And that number doesn’t capture what’s perhaps most extraordinary about the impact he has had as a rebounder.

To appreciate that, you have to consider the number of times the 27-year-old star has launched himself into the paint to grab a miss he had no business getting to in the first place.

So far this postseason, Leonard has grabbed a league-high 12 offensive rebounds where he had to move 15 feet or more from where he was standing at the time a jump shot was released, according to a SportVU analysis of Second Spectrum data. That’s more than twice as many as the next-closest player, and represents more than a third of all the offensive boards off of missed jumpers that he has grabbed.”

3. Once again, Ex-Spur Danny Green was not a good offensive player. Especially painful was when the Raptors ran a set play for DG to start the fourth quarter, just as the Spurs often did. Just like the Spurs’ set plays often did, he got an open corner three off the set play. The air ball he shot was painful to this big Danny Green fan.

4. Boogie Cousins also had an interesting game for the Warriors. He came in immediately after the KD injury and scored a bunch of points very quickly, even making a three pointer. The rest of the night, he was not good. The goal-tending call was fascinating. Despite what Mike Breen was saying, it was not a close or difficult call. Unfortunately, Breen and the other analysts never told the viewers what the goal-tending rule actually says. The rule provides that while any part of the ball is within the imaginary cylinder going up from the rim, no one can touch it. Each replay showed that Cousins touched the ball while it was still within the cylinder. And of course, the illegal screen on Curry’s man with 15 seconds left was equally clear. While I can understand his attempt to slam dunk the Curry miss that led to the goal-tending call, throwing a shoulder into the player covering the ball-handler is inexcusable.

5. On the Raptors’ last play, some commentators criticized Kawhi for not taking the last shot. I disagree. He made the right pass, as Thompson and Iguodala both jumped onto him. The mistake on the play, surprisingly, was made by Marc Gasol. If he had flashed into the post when the double team happened, he would have either been wide open, or Draymond Green would have been forced to cover him, which would have left Lowry wide open. Instead, Gasol did not move, remained in no man’s land, meaning Draymond could cover both Gasol and Lowry. That allowed Draymond to get out to Lowry to contest and tip the final shot, ending the game — leaving 18,000 Canadians stunned, looking like someone had just outlawed poutine.

A Spurs’ eye view of how the Warriors survived Game 5
Source: Pounding The Rock