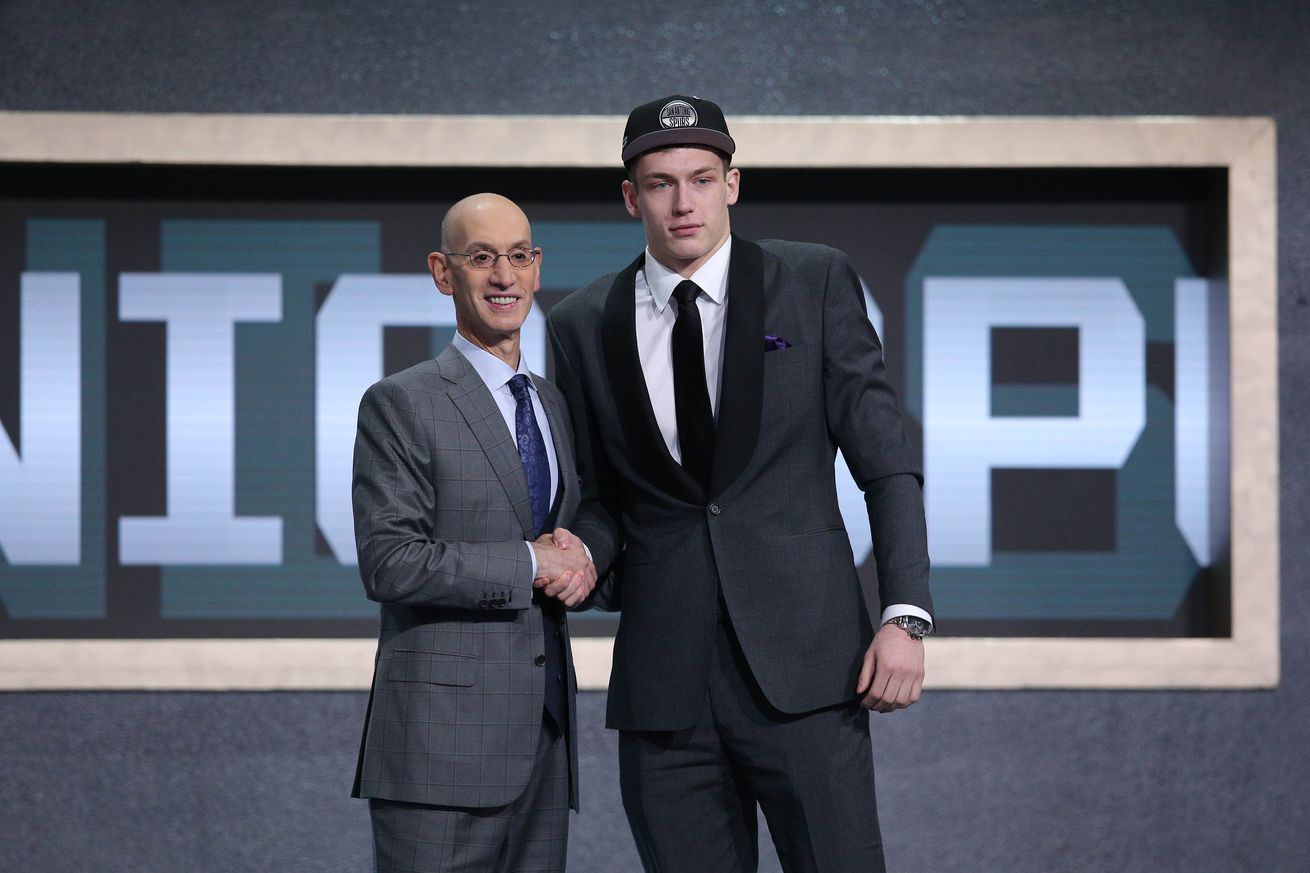 The Spurs got the stretch big man that they needed, but Samanic could end up being more than just a spot-up shooter.

It looks like where there was smoke, there was fire. After being linked to Luka Samanic as early as May 2, the Spurs selected the Croatian forward with the 19th pick of the draft. He’s expected to make the transition from Europe to the NBA immediately.

The selection might feel like a reach, considering most mock drafts had Samanic as a late first-rounder, but it makes sense since San Antonio needed a stretch big man to complement their young core. Standing at 6’10 and having spent most of his time at power forward in Europe, Samanic has the physical tools and the experience to fill that role off the bench sooner rather than later. He’ll need to add some strength to be able to guard post up threats and keep his man off the offensive glass, but his ability to defend in space and his mismatch potential could get him some minutes early on in his career. He might lack the perceived potential of some of the other prospects that were available when the Spurs made their pick, but his fit is so good that it’s hard to blame the front office for pouncing at the opportunity to secure his services.

How successful Samanic ends up being at the NBA level will likely be determined by his motor and how much he improves as a shooter. He lacks elite length and strength, so he won’t be able to coast on his physical attributes on the defense end. Opponents will go at him to test his mettle as soon as he steps onto the court, and he’ll have to play all out on every single possession to hold his own, at least until he gets stronger. That’s not something he’s done consistently in Europe, where he had an edge thanks to his athleticism. Similarly, he needs to develop more consistency as an outside shooter to set up the rest of his offensive game. Samanic has a good-looking shooting form and a quick release, but he only connected on 34 percent of his attempts from beyond the arc last season. If he can improve on that percentage, it will unlock his pump-and-drive game, which would make him much more dangerous.

Fortunately, the Spurs will be able to bring him along slowly if he struggles to transition into the NBA. LaMarcus Aldridge will likely start at power forward while Rudy Gay, if he re-signs, and Davis Bertans should get most of the rest of the minutes at that spot. Chimezie Metu, after spending most of last season with the franchise’s G-League affiliate, will likely also be ahead of him in the depth chart. San Antonio has done a terrific job of developing young prospects recently, and Samanic, who is just 19 years old, definitely has room to grow into more than just as spot up shooter. He likely won’t be forced to produce as a rookie despite already possessing some skills that should translate well. As long as he’s able to give the team some quality minutes in the 2020/21 season, when Bertans could be gone after becoming a free agent, the Spurs will likely be happy with his progression.

Samanic might not be as well-known to Spurs fan as other prospects, but his youth and modern skill set makes him a perfect fit with the team’s young core. San Antonio now has two guards, a wing and three big men under 25 on its roster, and all should be able to play with one another in different types of lineups. The one thing that was missing was a prospect that projected to be a plus outside shooter. Samanic plugs that whole immediately, and that alone makes him an intriguing selection.

The Spurs clearly drafted with fit in mind when they picked Samanic, but they didn’t do so at the expense of potential. The Croatian power forward should slot nicely next to essentially every big man currently in the roster in a complementary role early on, but he also has upside as both a pump-and-drive threat and perimeter defender to eventually become more than just a spot up shooter — something Bertans has yet to show. He won’t likely become an impact player as rookie, but it wouldn’t be surprising to see him secure a rotation spot early in his career.

Samanic might not be the most exciting pick, but he does seem like a smart one, which fits the franchise’s modus operandi to a T. The Spurs’ young core just got more well-rounded.

With Luka Samanic, the Spurs get fit without sacrificing potential
Source: Pounding The Rock