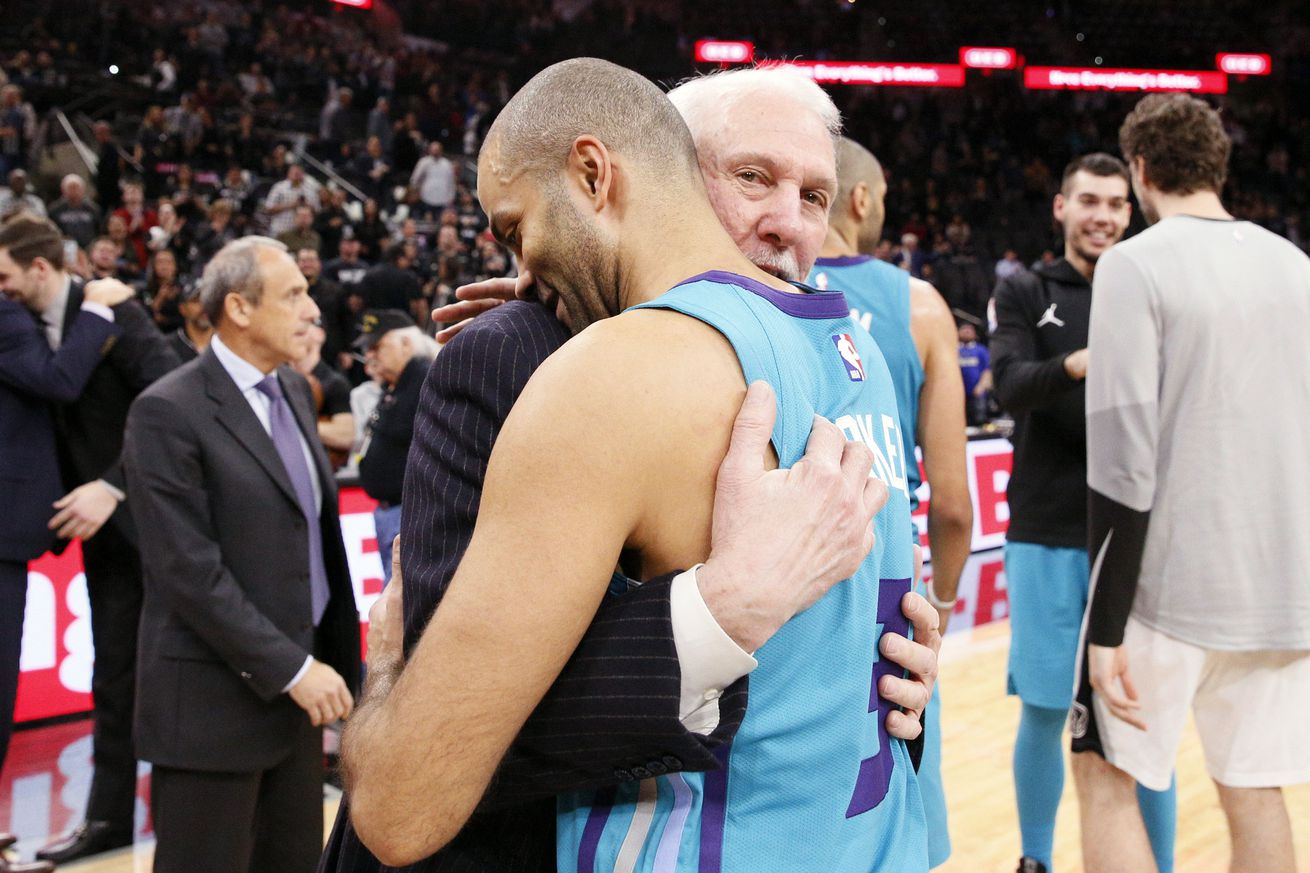 It was a tough decision for Tony, but the right one for his career.

Tony Parker didn’t want to leave the Spurs, and they didn’t want him to leave, so why did he unexpectedly depart from the only NBA organization he ever knew? It’s complicated, but ESPN’s Michael C. Wright has you covered, delving deep into what all transpired between his career-altering quad injury in the 2017 Playoffs to his decision to sign with the Charlotte Hornets.

He takes us through the tales of Tony’s rehab — which included taking members the Spurs rehab team with him around the world, working out on yachts in the Mediterranean, and hiking The Great Wall of China (I may need to consider a career change). In pushed himself hard to return early to help his shorthanded Spurs team, a decision he admits may have stonewalled his season and forced him to make the decision to cede his starting position to Dejounte Murray, and in hindsight he may have waited longer to return in hopes of showing the Spurs he still had more left in him than last season showed.

“I worked so hard to come back that it hurt me a little bit to not be able to show the Spurs I can still play,” Parker says. “I knew if I wanted to come back at the same level, I had to be patient and be out 10 or 11 months. But I wasn’t ready to do that. That’s why I rushed it. I’m not going to say it didn’t hurt. Last year, I tried to come back fast, tried to do it for the Spurs and sacrificed my body to come back. Maybe now, I should have waited.

After officially being passed in the rotation and being told he would be the third-string point guard this season, Tony knew that if he wanted to keep playing, it was time to move on. He wasn’t going to maintain a large role with the team like Tim Duncan and Manu Ginobili had, so it wasn’t the same situation for him. He consulted with both his former teammates, and they understood his decision completely, but the hardest part was breaking the news to Gregg Popovich and R.C. Buford.

“That was tough,” Parker says. “Like, it was kind of shaky, his voice. But I was like, ‘You know, Pop, I love you. And I will always love the Spurs. But I just can’t do it because I don’t think I’m done, and I don’t think this is the right opportunity. I don’t want to finish being on the bench and not playing.’”

They were sad but understood.

“In a situation like this, you try to be as honest as you can with each other, and then you respect whatever decisions are made in the person’s best interest,” Buford says. “Especially with Tony because he’s earned so much respect from all of us.”

The rest is history, and Parker couldn’t be happier with his current situation. He has former Spurs assistant/current Hornets head coach James Borrego and French teammate Nicolas Batum by his side, and he’s playing for his childhood idol in Michael Jordan. And in case anyone is wondering:

“But I’m not the type of guy who regrets. I will always love the Spurs. I have no grudges.”

As for whether or not Parker plans on returning to the Spurs in any capacity, there’s no way of knowing. He plans on taking a year-by-year approach, similar to Duncan and Ginobili. He no longer has a stated goal of playing for 20 years (that was specifically for with the Spurs, where he could beat Duncan’s record of 19 seasons), but he will be a free agent in 2020, when season 20 will still be looming. (The math nerd in me loves some symmetry.)

He could decide to return to the Spurs, he could re-sign with the Hornets or elsewhere, or maybe he’ll retire, but one thing is for sure: when all is said and done, he will be back in San Antonio because it is still his home and where he wants to raise his family. And who knows? Maybe he’ll have a post-playing career with the Spurs waiting for him when he gets back.

There’s a lot more interesting stuff inside Wright’s story than this — including some interesting tidbits that might require covering on a later date — so be sure to go check the entire thing out.