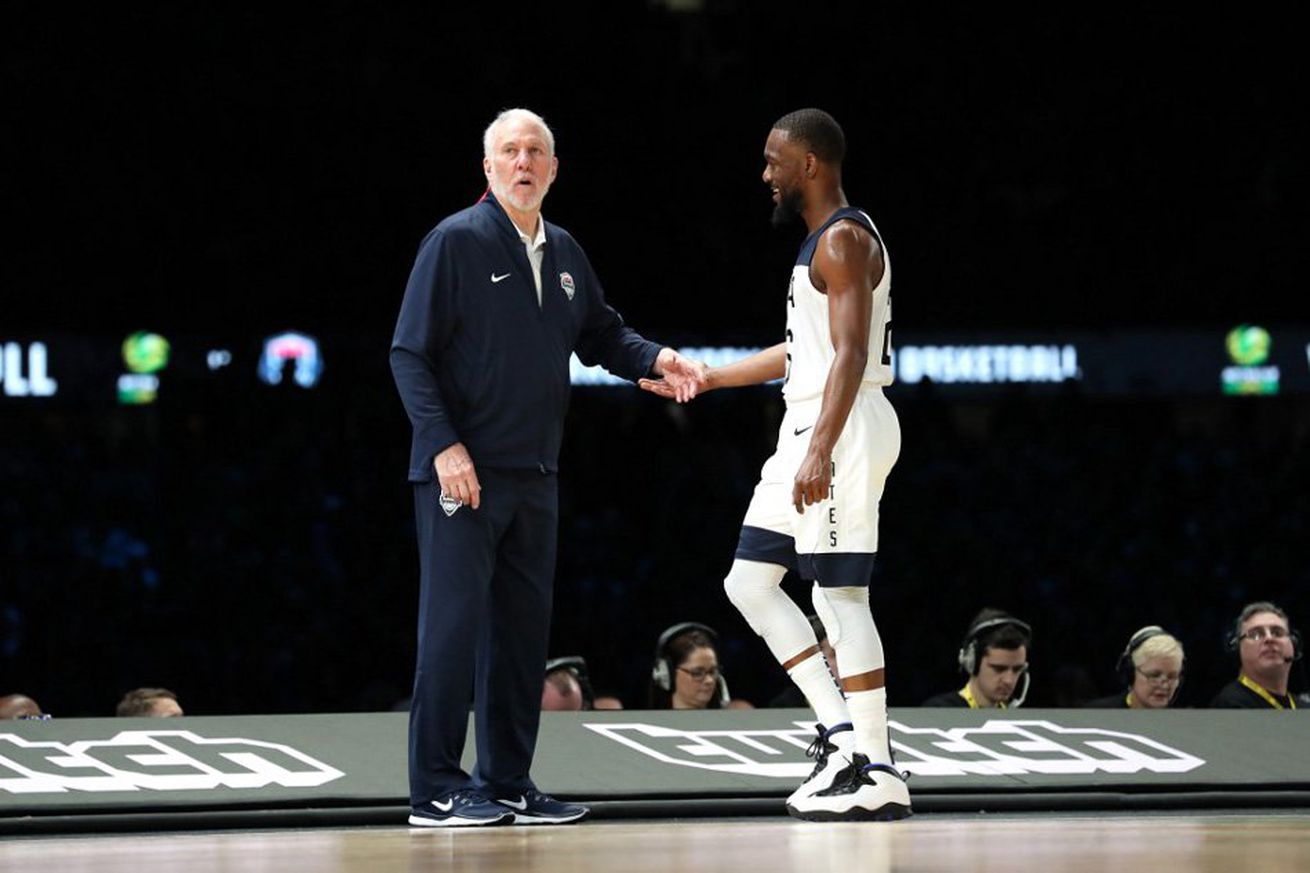 The large crowd, stage, and celebrity entrance in Marvel Stadium was different from what Pop’s used to.

Spurs and Team USA head coach Gregg Popovich isn’t used to coaching in front of 51,000 spectators . . . on a stage . . . with a celebrity entrance, which was the case in their recent World Cup tune-up game against the Boomers in Melbourne, Australia.

By comparison, The AT&T Center has a current maximum capacity of 18,418, and the largest arena in the NBA is the Chicago Bulls’ United Center with a max capacity of 20,917. Also, all NBA courts have private player tunnels for entrances and are level with the floor.

This is not to say Pop hasn’t seen bigger crowds. The Spurs averaged about 21,000 in attendance during their Alamodome days from 1993 to 2002 — including packing Games 1 and 2 of the 1999 NBA Finals against the Knicks with then-record crowds of 39,514 and 39,554, respectively — but that pales in comparison to the 51,218 Australians who packed Marvel Stadium on Thursday (which is built for sports like as rugby, cricket, soccer, and Australian rules football, but not basketball).

After the game, Pop was complimentary of both teams, especially the physicality of the Aussies and his team’s response, but the crowd size and interesting layout blew him away.

“It felt like I was in a movie. Like it was a movie set. I kept looking behind because I knew I was going to fall off stage. And then I talked to my coaches saying ‘I don’t know what the hell is going on.’ It was a really weird coaching situation in that regard.

He was also amused by the entrance to the court, which consisted of walking down a long isle among high-fiving, adoring fans. Pop was worried that if he missed anyone, he would be considered a jerk. You can watch his entire post-game interview below (he discusses this topic beginning around the 3:35 mark).

Coach Pop and @KembaWalker address the media post-game and give us an insight on what they thought of their @marvelstadiumau experience pic.twitter.com/SwQUM5vRCR

Also, if you weren’t up at 5:30 AM yesterday morning and wish to watch the entire game (which consisted of four 10-min quarters), here it is for your viewing pleasure. Obviously Patty Mills played a lot, and Derrick White enters at the 1:13:00 mark.

The teams will meet again Saturday, August 24 at 11 PM CT and can be viewed on NBA TV or streamed at NBA.com.