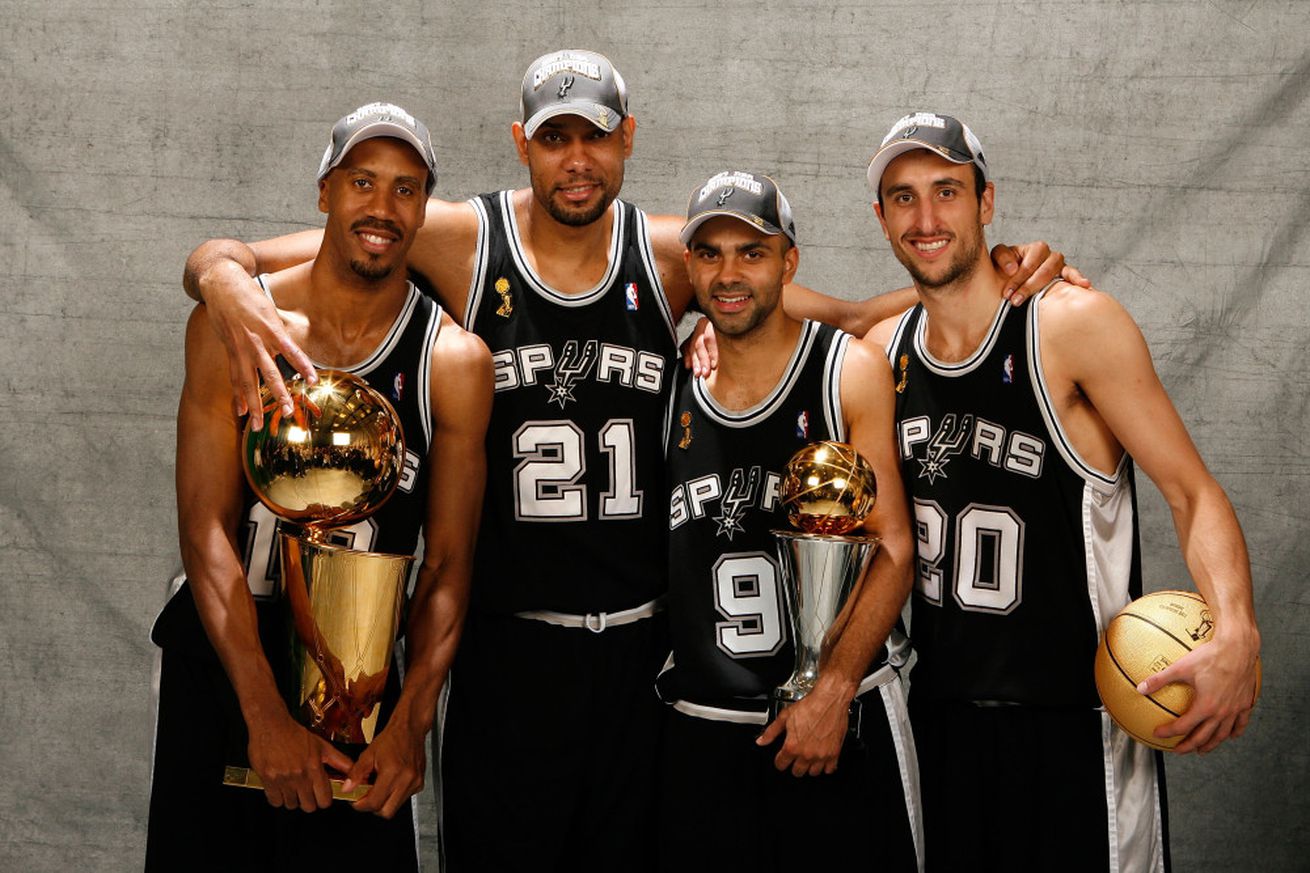 Sometimes sports can be more than just entertainment.

This might seem like an odd, out-of-nowhere question, but there’s a reason behind it’s timing. What do the Spurs mean to you? Are they just a team you love to root for, or is there something more to your fandom? Here’s a little back story on what the mean to me.

Being a San Antonian, born and raised, I always had a soft spot in my heart for the Spurs. My uncle, who ran a prominent big and tall men’s clothing store in San Antonio had several Spurs for clientele, often received tickets from them, and would take us to games. My grandmother was a huge fan, and we loved watching games with her when we were little, if only to see her yell at the TV.

Those are just some early Spurs memories for me. By the time we were in seventh grade, my parents trusted us enough to responsibly get our homework done before watching Spurs games. That just so-happened to coincide with the 1999 lockout-shortened season: the Spurs first championship! From then on we were hooked, and to this day I have never stopped watching them.

By now you might be noticing all the “we’s” and “us’s” are in there — that would be me and my identical twin, Alice. We loved watching the Spurs so much and watched each of the first four championships together. It was a lot of fun and gave us plenty of bragging rights at Texas A&M, where there are a lot more Rockets and Mavericks fans than Spurs. However, not long after that 2007 championship, the Spurs took on a new meaning to me.

A few years ago, PtR did a discussion thread on everyone’s most indelible Tim Duncan moments. This is what I entered:

For me it has to be Tim’s three at the end of the 1st OT to tie Phoenix in Game 1, 2008, but not just because it was one of his more unexpected plays; it’s the story that goes with it.

It was the same afternoon as the spring football game at Texas A&M. My twin sister and I were planning on leaving early so we could beat the crowd, but we just couldn’t be torn away as that game kept going…and going and going. It always felt like we were playing from behind, so when Tim hit that three to send it into 2OT, we yelled “TIM DUNCAN!!!!” and jumped up and down.

When the game finally ended, we knew we were running late and would have some traffic to fight, but we didn’t care because we were so excited. In the gridlocked traffic on the way to Kyle Field, another guy next to us honked and yelled “Go Spurs!”, so we joined in. He yelled “can you believe it?!” and we responded “I know!!!” Fun times!

The other thing that makes this such a fond memory is this is the last big Spurs memory I have with my twin sister. She unexpectedly passed away five months later on the same day that the Spurs lost the season opener (to the Suns, ironically) for the one and only time under Tim and Pop. I’d say that was no coincidence

Since there’s no reason to make anyone go back and look, the date mentioned in that last paragraph was October 29, 2008: exactly ten years ago today. The memories of that dreadful day are both fuzzy and clear as day at the same time. After all the craziness had settled that evening and I was back home with my parents and older sister, I remember splitting time with them and back in my room crying to myself.

However, at least once or twice I found myself checking my phone for the Spurs score. The outcome didn’t end up being ideal, but I didn’t care. Just those few glances would put my mind on something else, however temporarily, and that’s when the Spurs transformed from a team I loved to root for to something more therapeutic.

Even without Alice, I continued to watch the Spurs religiously and even took on my first crack at writing about them for Bleacher Report during the 2010-11 season. To me, the Spurs offered an escape from the hardships of the real world — even if sometimes they could provide downright depressing moments of their own, like Game 6.

They still play that same role for me now, even though I could hardly be in a happier place, and the amazing offer that came my way from J.R. Wilco a couple of years to help cover them here at Pounding the Rock has made dedication to the Spurs even more worthwhile. I was very fortunate to have plenty of friends and family by my side ten years ago, and now I have a whole new one here. I’m very grateful to both the Spurs and everyone here at PtR, without whom the last ten years might not have been nearly as bearable.

It’s a little long, but that’s my story on what the Spurs mean to me. How about you? Do the Spurs (or any other sports team) hold any kind special place in your heart beyond just being a fan? Do you have an special stories of your own? Tell us all about it in the comments below.