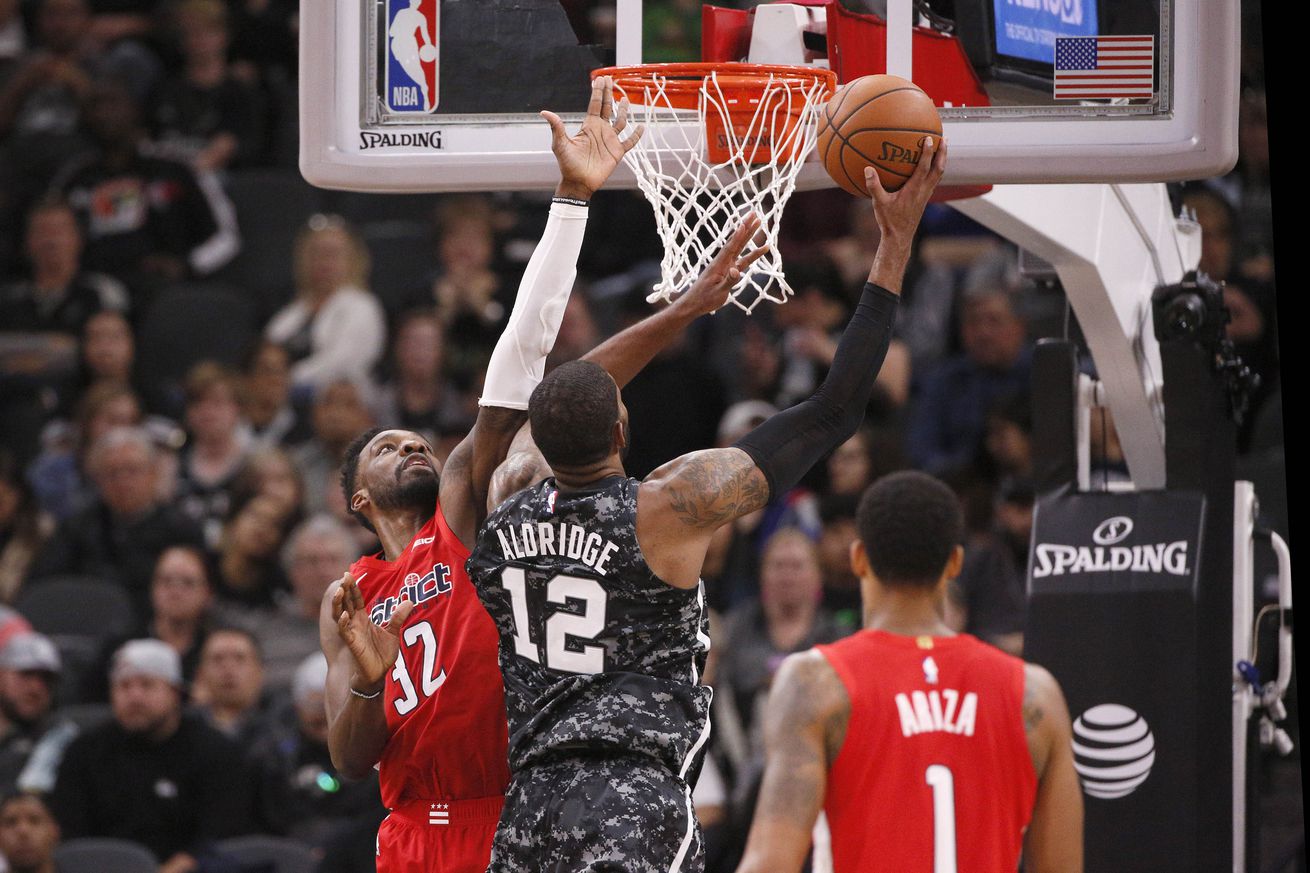 The Spurs, behind an outstanding set of performances by LaMarcus Aldridge (30 points, 9 rebounds, 6 assists) and Davis Bertans (21 points on 5-8 from 3-pt), along with 57% shooting from the field (16-34 from 3-pt) fended off the undermanned, yet pesky Washington Wizards. The Wizards worked some road magic against Orlando Friday night, while the Spurs played a rare SEGABAGA that began less than 24 hours after their win against New Orleans Saturday night. So it is here where I humbly offer a potential addition to the PtR lexicon – the SEGALEDA (SEcond GAme in LEss than a DAy).

The Spurs continue their four-game homestand Tuesday night at 7:30 CDT against a Phoenix Suns team trying to rise from the ashes of failure. Happy 70th birthday tomorrow, Pop!