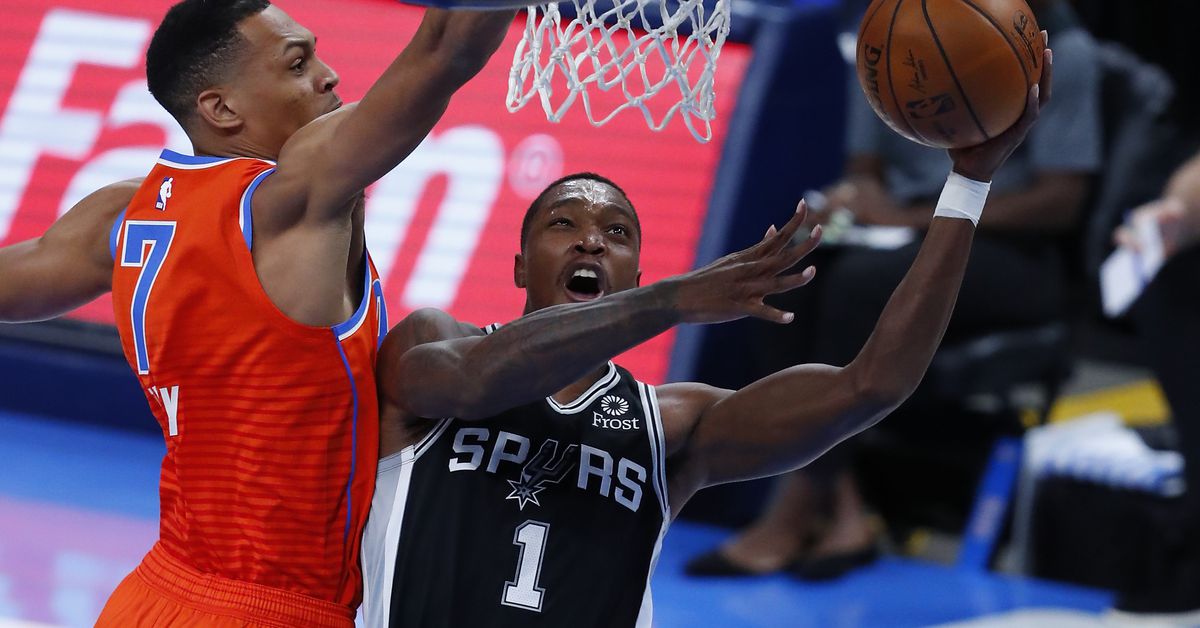 The Spurs held on for a rough and tumble 112-102 victory over a Oklahoma City Thunder squad on Tuesday night. Without DeMar DeRozan, who missed his 2nd straight game for personal reasons, the Spurs once again turned the reins over to their youth movement, with Lonnie Walker IV and Keldon Johnson leading the way.

Matched up, as they were, against a team squarely in the middle of its own transition to a crop of exciting young players, the game was just as choppy as you’d imagine a game with five starters 22 years old or younger would be. It never lacked for competitiveness, but the Spurs especially suffered from several shambolic sequences that should have led to quick deficits, but led, instead, to what Sean Elliott referred to multiple times on the broadcast as ‘good timeouts.’ That the Thunder were unable to take full advantage of those opportunities has more to do with the growth that is still ahead of them than any talent or tactic on the Spurs’ part.

Still, though, the performances of Lonnie and Keldon were just what the Spurs needed on the last night of a five game road trip. Games like this are easy to lose, for obvious reasons, which makes it that much sweeter when the young fellas come through.

Lonnie’s 24 points and 36 minutes were both game highs, and he spent the majority of his time on the defensive end picking up Shai Gilgeous-Alexander, who is easily the Thunder’s most potent offensive threat. Keldon added in 18 of his own, on his usual diet of tough finishes at the rim, and more importantly, a series of tough rebounds in the last couple of minutes that prevented the Thunder from closing the gap. Missing their usual closer, the pair of defensive possessions Keldon finished and the extra chance he created were critical to the final result.

The Spurs will host a struggling Rockets team in their first game back home. Until DeMar returns, every game will likely be a tough one, but the Spurs should be looking for a victory against a squad that has seen significant turmoil this season.