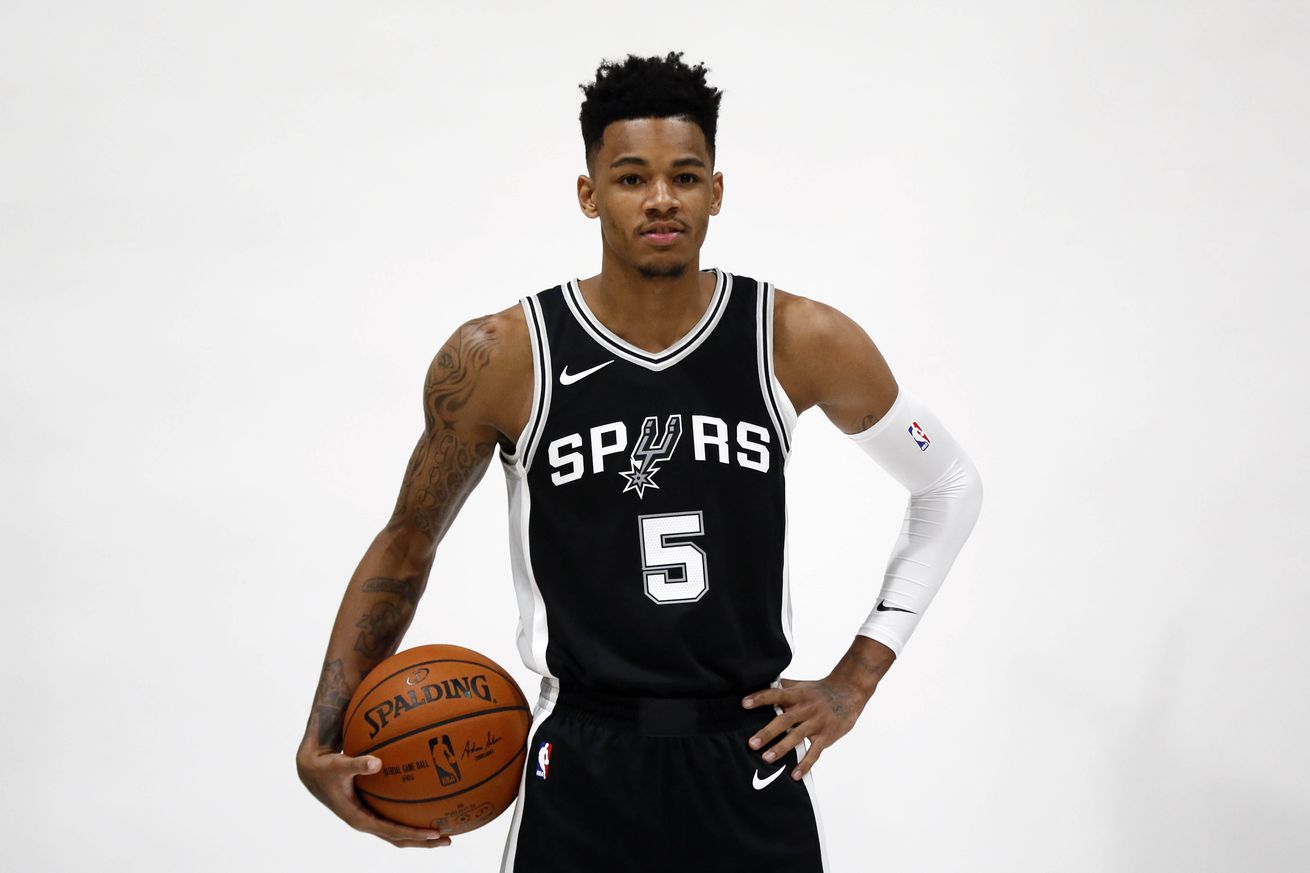 This year’s roster still boasts its usual batch of savvy vets, but it’ll also offer a glimpse of what the future may hold.

An emphasis on culture and continuity makes the Spurs one of the league’s safest bets year in, year out, and this season should be no different. The summer re-signings of Pau Gasol, Patty Mills and Manu Ginobili helped round out an experienced core, which should push the team to a win total somewhere in the 50s, or better. The floor is the roof, as Michael Jordan might say.

What makes this season different, though, is the undercurrent of youth on the roster, and the elevated roles some of these players will play. It means a slight shift in narrative for a team that’s usually so firmly planted in the present, giving fans a glimpse of what the future in San Antonio could look like and fatalists resigned to a Warriors repeat another thing to look forward to.

This begins with 2016 first-round pick Dejounte Murray, who capped a promising rookie season with a handful of intriguing playoff performances. While his handle still looked shaky in summer league and he’s only just scratching the surface of his defensive potential, Murray’s upside is unquestionably high.

The Spurs haven’t announced their opening-night starting point guard, but there’s a good chance it’ll be Murray. There will be growing pains, and it’s still not clear if that’s his natural position, but it may not matter this year—the alternative, Mills, should still end up playing more minutes than him per game, and Pop has generally preferred him as a reserve. Tony Parker’s accelerated return date should be all the more reason for Murray to soak up minutes early in the season.

Sound bytes from Media Day confirmed that the young guard will be under the microscope in year two more than ever before, and sentiment from within the organization is that his future is bright. “He’s a good young talent,” Rudy Gay said of Murray. “I don’t even know his ceiling… He’s been a professional. You add talent on top of that, who knows what you can do?”

Ginobili was even more effusive with his praise for the young guard, also noting the hard work he continues to put in:

Further to Murray’s credit, the 21-year-old isn’t reading much into the praise from his veteran teammates, keeping his focus on the long view.

I’m thinking Dejounte Murray might rocket up my list of go-to Spurs quotes before this season is over: pic.twitter.com/6xR3BJC6Re

But it’s not just Murray that’s poised for more reps, and potentially a greater role, in 2017-18. Bertans is looking to build on a promising rookie year in which he earned Gregg Popovich’s trust early. The Spurs’ frontcourt is less crowded this year, which should translate to more opportunities for a guy who was already having end-of-quarter plays drawn up for him early into his first season. What kind of piece can he be for the team moving forward? This season should shed plenty of light on that.

This summer’s fringe roster additions, traditionally a group of high-character veterans, represent another injection of youth, shooting and athleticism. Summer-league standout Bryn Forbes is still on the roster as the only non-guaranteed contract and has already shown notable improvement since he first arrived. First-round pick Derrick White’s progress will also be something to monitor, even if more of it is spent in Austin than San Antonio. The summer’s moves also bring the roster’s average age down for a second year in a row, to a limber 26.7 years old, after leading the league at 31.6 in 2015-16.

The team’s roster construction illustrates the age balance. Five players have 11 or more years of NBA experience; three have between six to eight; the rest all have three or less. Given Pop’s propensity for resting his vets, there should be plenty of opportunities for the younger players to get meaningful minutes over the regular season.

Everything happens by measures in San Antonio, but there should be a greater focus on development than in years past. That will make the team’s up-and-comers worth watching as the season goes on—even if it’s the old guard that continues to lead the way.