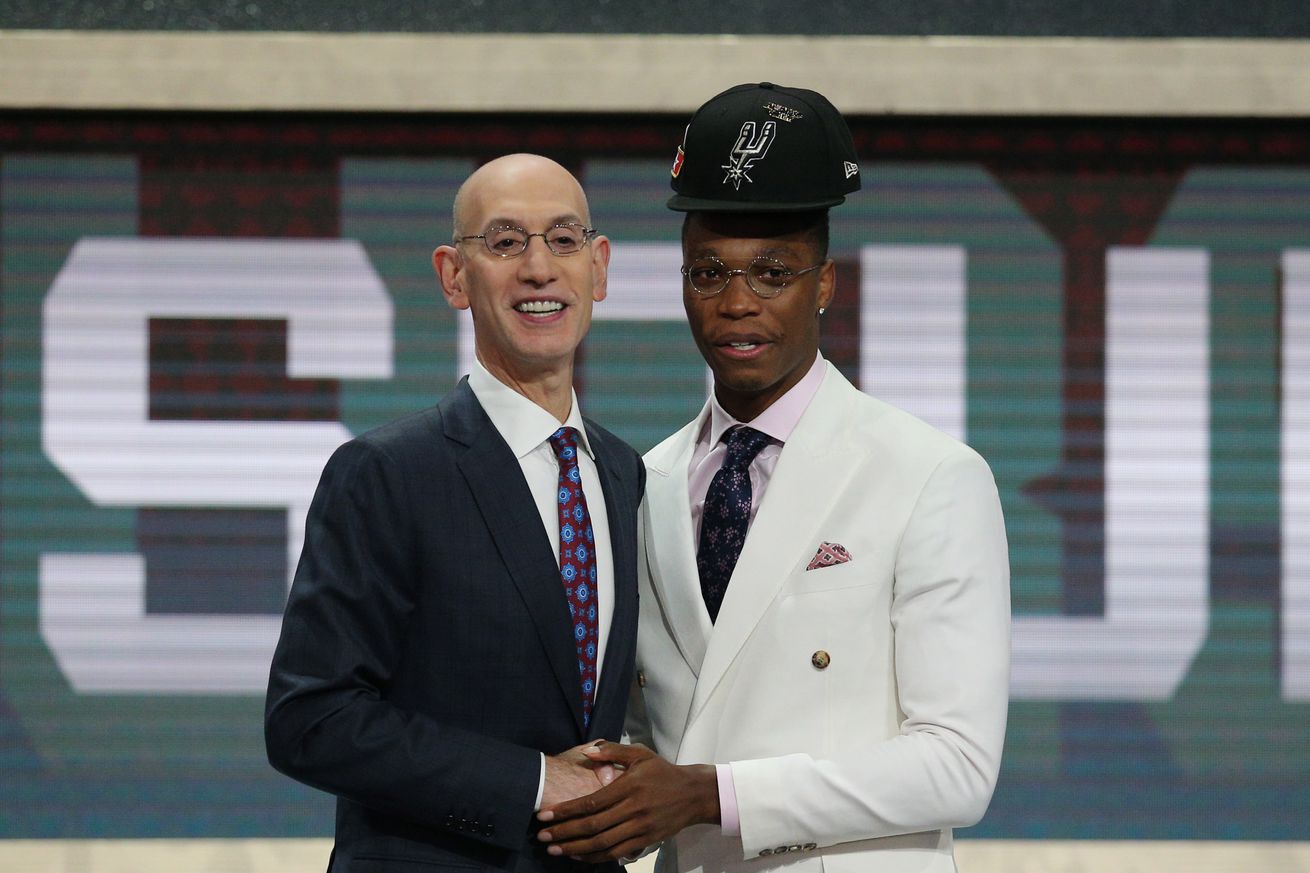 There were reports of the Spurs looking to trade up to snag the Miami guard. Luckily, they didn’t have to.

The Spurs got their man with the 18th pick of the 2018 draft. Lonnie Walker IV out of the University of Miami became the team’s highest drafted player since Tim Duncan.

Walker was linked to San Antonio in recent mock drafts, with reports stating he was not going to get past them. The Spurs were reportedly so high on the one-and-done shooting guard that they discussed a trade with the Hornets to move up to 11 and grab him there. Luckily, there was no need. The good thing about picking closer to the half of the first round instead of to the bottom is that the players you actually want have a realistic chance of dropping. The NBA’s consensus mock draft had him going to the Clippers at 12th, but he fell into the Spurs’ lap.

Walker was a five-star recruit and McDonald’s All-American who didn’t disappoint in his sole year in college. He started slow after undergoing knee surgery but got better as the year went by and his role increased. He averaged 11 points, two rebounds and two steals for a Hurricanes team that made it to the NCAA tournament but was the first victim of a surprising Loyola-Chicago squad that went to the Final Four. Walker led Miami in scoring in that game with 12, but a buzzer-beater from Donte Ingram ended his college career. He declared for the draft soon after, knowing full well that he was a first round talent.

Walker is a shooter first at this stage, so his lack of efficiency in college could be seen as a red flag. He shot 41 percent from the field and 34 from beyond the arc. The fact that he was a very good free throw shooter, however, suggests he should improve. He also flashed the potential to be a one-on-scorer at the collegiate level, which raises his ceiling significantly if he can improve his shot selection. He wasn’t an impact player on the defensive end, but at 6’5” and with a 6’11” wingspan, he certainly has the potential to be a good defender against shooting guards. He might be a bit of a project at this point, but that’s perfectly fine, as he’ll be 19 years old for another six months.

Walker can be seen as a risky selection. As a great athlete with a rudimentary skill set and understanding of the game — not to mention some, um, esoteric beliefs — he certainly doesn’t look like a Spurs’ pick at first glance. But San Antonio did the right thing by taking a chance on a player who could replace Manu Ginobili as bench scorer and pair well with Dejounte Murray in the starting backcourt eventually. With Danny Green likely returning, there won’t be pressure on Walker to contribute right away. He could still be called upon to stretch the floor as catch-and-shoot threat and use his length and athleticism to provide a jolt to the defense. It’s impossible to know how prospects will pan out, but the Spurs seem to have landed one who has the ability to contribute soon while still having significant upside.

The Big Three era of Spurs basketball is just a memory. Tony Parker and Manu Ginobili might not be on the team next season. If Kawhi Leonard is traded as expected, San Antonio could be facing a rebuilding effort in the coming few years. A new era is coming.

Trusting a player as unquestionably talented but still raw as Walker to help spearhead the transition is risky, but in order to return to the top, the Spurs are going to have to be bold. With their selection on Thursday, they showed they are ready for the challenge.