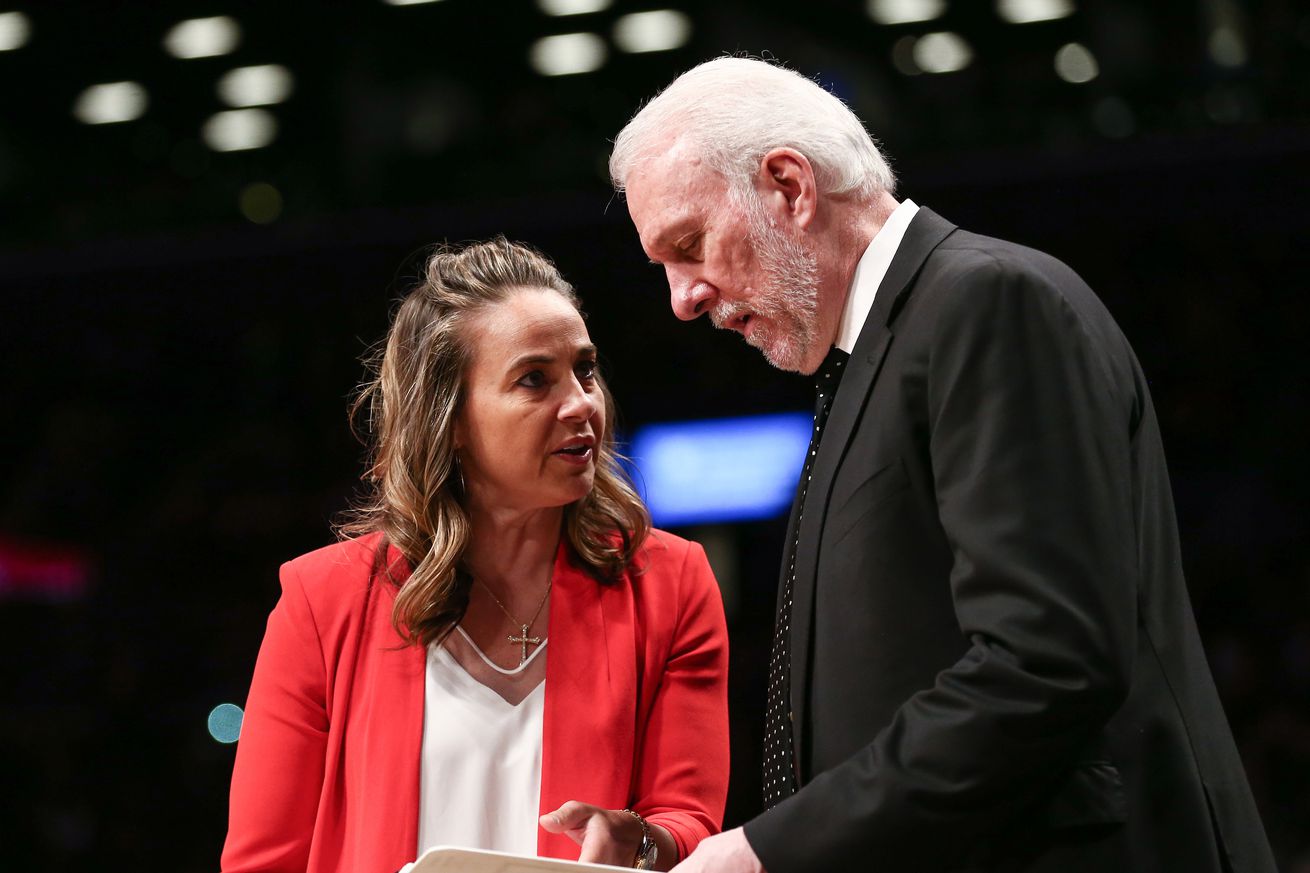 In this transitional phase, maintaining flexibility in all areas is much more important than establishing a rigid identity.

Every year there are a few teams that defy definition, that seem to exist outside of the normal narratives used to describe NBA seasons. They are not tanking nor contending, neither young nor old, not doomed to mediocrity but not at the cusp of a huge leap either.

The 2018/19 Spurs are such a team. It’s been weirdly fascinating to watch national media try to figure out where to put them. Recently ESPN’s Zach Lowe, seemingly giving up, directly asked out loud, “what are the Spurs?” He couldn’t come up with a definite answer because there isn’t one.

Coming into the season the big picture narrative was that the Spurs were done. They were going to struggle to get to the playoffs after losing Kawhi Leonard and replacing him with a lesser star. Early in the year it seemed those pessimistic projections were going to be spot on, as San Antonio struggled out of the gate. Then everything changed in December. The Spurs started winning and it seemed that actually their resilience and ability to adjust was going to define their story. They were still winning after a drama-filled summer and DeMar DeRozan, their big acquisition seemed to be taking a step forward as a player in year 10 of his career. Spurs exceptionalism was alive and well as a team that had no business playing like a contender did just that for a month.

We know now that it didn’t last. Neither did the DeMar DeRozan as savior narrative, as he started to struggle while LaMarcus Aldridge improved. Pop as the rare coach that could carry a franchise was a story line for a while, but once the team became more and more inconsistent it stopped being compelling. Right now the Spurs are just odd, a team that is really good at home but a disaster on the road, not because they can’t score like most squads who struggle on away games, but because they can’t defend. They appear to be good enough to make the playoffs but don’t seem to be scary enough to be discussed as the team no one wants to face. At times they seem capable of pulling an upset against the right matchup if their shots fall and the next game they look like they first round fodder.

It’s similarly hard to nail down their style. The addition of DeRozan and the Spurs’ preference to run a slow, post-oriented half court offense defines them to this day in the eyes of many. Yet while San Antonio takes too few three-pointers and avoids pushing the pace on the whole, they are not even the slowest or most three-point averse team in the league. The Clippers take fewer outside shots per 100 possessions and eight other squads play at a slower pace. Pop also showed willingness to allow his bench to play a completely different, more modern style. The Spurs will still be called old-fashioned and for good reason. Their predilection for mid-range jumpers is their most unique trait, but there is enough variety in their offensive approach to refute that it is their true defining trait.

Even figuring out what’s the plan going forward is tough. Right now the Spurs are built around three veterans, one of which will enter free agency in the summer and two others who can do it the offseason after that. That’s the core of a team that is all in on winning now. Yet asides from Patty Mills and Marco Belinelli, the supporting cast is young or inexperienced and the team, capped out this upcoming offseason, doesn’t have a ton of flexibility to add veteran talent. At the same time, the Spurs’ prospects have a lot of potential but truly embracing a youth movement would involve moving the veteran stars, something the front office hasn’t showed any interest in doing. They do have two picks in the upcoming draft, but neither will be high enough to allow them to select one of the most heralded prospects available, since they refused to tank.

There is lack of an obvious identity and direction in San Antonio beyond staying relevant in the short term. That’s undeniable. It might also not be a bad thing. The worst decision the franchise could have made after the Kawhi Leonard fiasco was to overreact and commit to a new path, just to provide some clarity as to their team-building intentions. Instead, they seemingly decided to remain as flexible as they could on all fronts while not bottoming out. We can’t know what the Spurs are because they don’t know yet.

The team is flawed now, but it has ways of improving. If Derrick White and Dejounte Murray are ready for featured roles next year and prove they can play together, the defensive concerns would be eased and the core of those two plus DeRozan, Aldridge and the supporting cast could easily win 50+ games. If the young guys need an extra year to develop, the veterans will still be around to keep the team afloat. If the veterans decline, there’s enough young talent in the roster to start building around the summer of 2020, when the Spurs will have cap space. They own their own picks going forward. They have trade assets. If the core changes, Pop will adjust his system to match his personnel, like he always has. There’s no clear path back to true contention, but there’s enough flexibility that it a path presents itself, the Spurs should be able to pivot to it.

It’s possible to be confounded by what the Spurs are now and even disagree with how they decided to remain relevant in the short term while being quietly optimistic about their long term output. It’s preferable to go through a couple of messy seasons without a clear, sustainable identity than to commit to one too soon and regret it later. There’s time to figure out the best path forward.

In the meantime, the Spurs will still likely be more successful than half the league while exploring all possible avenues of improvement. If the price to pay as fans for short term relevance and long term flexibility is to continue to be baffled by the unpredictability and inconsistency of this still shapeless team for a few more months, that seems like a worthy trade-off.