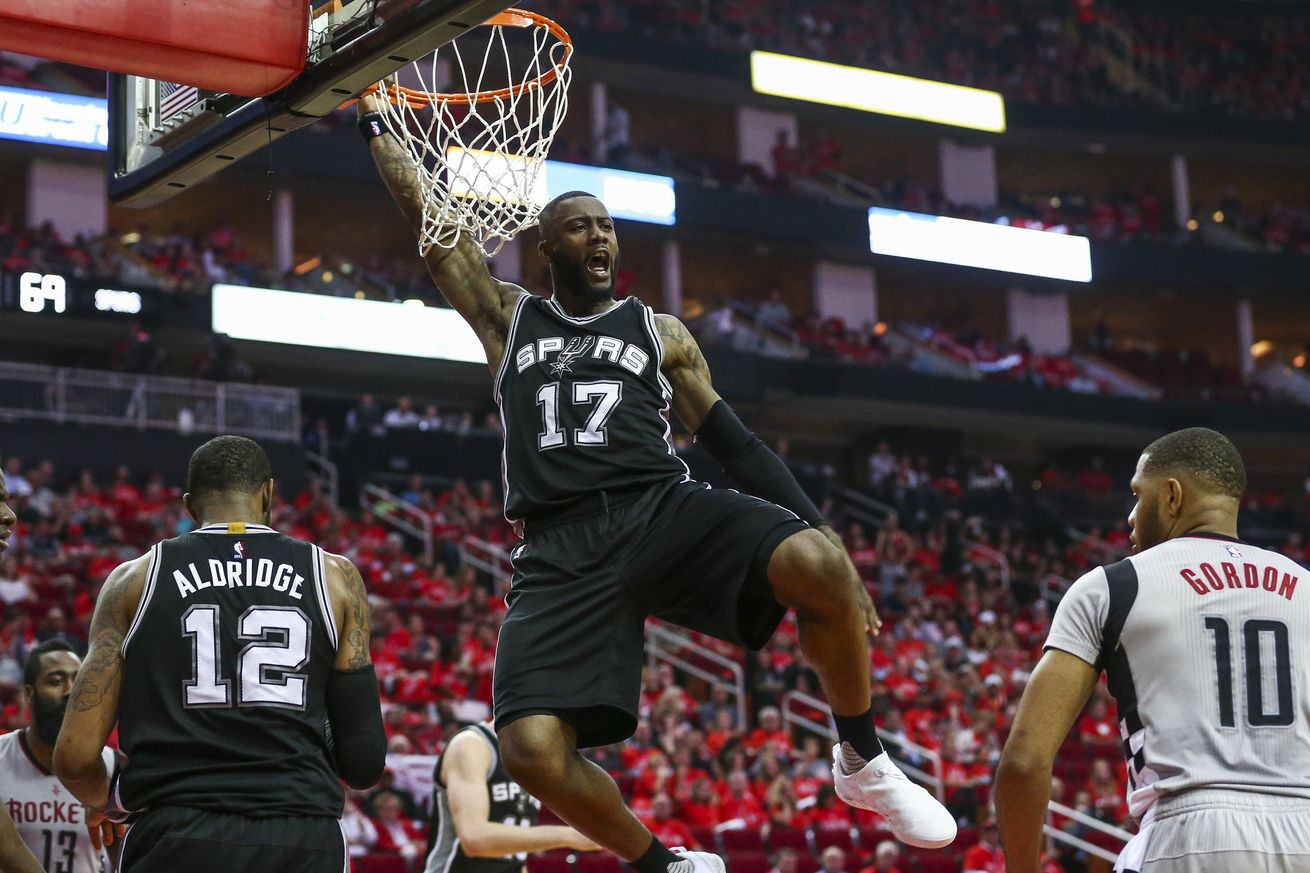 The San Antonio Spurs began hot, and the Houston Rockets never got in the game. Playing without Kawhi Leonard, who had the night off because of his ankle, Pop’s boys made a run with James Harden on the bench and scored 31 and 30 points in the first two quarters. Behind a strong performances from LaMarcus Aldridge, Patty Mills and Jonathon Simmons, the Spurs went into halftime up 19. Oh, and Dejounte Murray had a little something to do with that score too:

I guess you could call this Dejounte Murray’s coming out party. #StringBean pic.twitter.com/o2FbC9QNp5

In the second half, it felt like the Rockets were perpetually on the cusp of making a run, but it never happened. The Spurs controlled the pace, worked the ball inside, and scored while stuffing the Rockets over and over.

In the midst of Simmons’ continued excellent play, and off to the side of Aldridge hitting his stride, I kept noticing Murray, staying under control and making plays on both sides of the floor.

Watch him here: he stays as the ball goes baseline, in case he can help, backs out to play free safety as the ball passes the basket, checks to see where the pass may go, cuts off the angle and deflects it, causing the turnover.

Watch DJM track this play and get to the pass and force the turnover. #Stringbean pic.twitter.com/40vKFcvujj

Ex-PtR Head Honcho Wayne Vore and I have been texting ever since the game ended, and neither of us can speak highly enough of the rookie.

When the game finally ended, there was Gregg Popovich, giving Harden a hug and giving him some encouragement:

Pop telling Harden how much he thinks of him. pic.twitter.com/T2Q03nfHfp

What always impresses me about the way opposing players treat Pop, is that they never seem to be trying to get away from him. They don’t lean away from him, just waiting for him to quit talking. At one point, James had both of his hands on Pop’s shoulders, just listening to him say nice things to him. I love that about Pop.

Which brings us to the next series and the Western Conference Finals. We will have a ton of coverage of the last game of the Rox series, and we will set up everything for GSW vs. SA, with Game 1 this Sunday.

In the meanwhile, enjoy this one, £ers. And Go, Spurs, go!