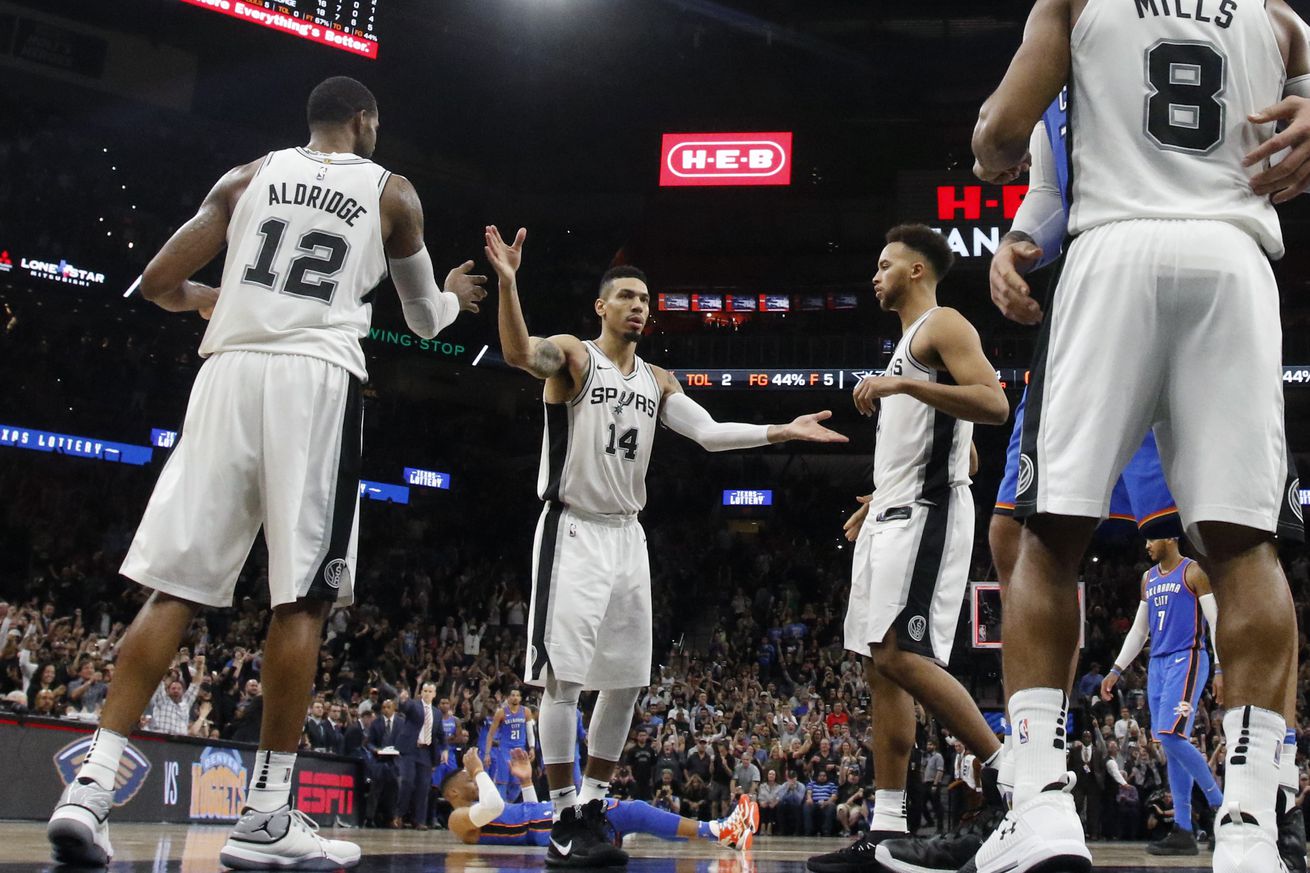 Looking at these numbers, it’s not easy to see that San Antonio’s best player hasn’t set foot on the court.

Before the Memphis game Wednesday night, I began working on a post about how the Spurs are succeeding in an increasingly star-driven league without a real star, as the Spurs one star (Kawhi Leonard) has been sidelined all season. Of course, LaMarcus Aldridge apparently heard about my upcoming post and decided to show me that the Spurs do have a real star, even without Kawhi on the floor.

LMA’s performance was especially remarkable because many of his 41 points came against an outstanding defender in Marc Gasol. From this coach’s standpoint, many of LMA’s points came on hustle plays, hitting the offensive glass or sprinting up the floor after a rebound, just as he had done in the previous game against Dallas.

But a quick check on the league-wide statistics confirms my initial thesis. The Spurs do not have a player in the top 10 of any of the major individual categories. Indeed, other than LMA’s status at the 13th leading scorer, and Pau Gasol and LMA tied for 15th in blocks, the Spurs don’t have a player in the top 25 of the major categories. For instance, Pau leads the team in rebounds at 7.9 per game, which is only 29th in the league. For steals and assists, the Spurs do not have anyone in the top forty.

As noted in an earlier post, coaches love looking at box-scores. The Memphis box-score was a true outlier for the Spurs.

Typically, the Spurs’ high scorer will have 20 or 25 points (LMA is averaging 23) and will have numerous players in double figures. Against Memphis, LMA had 41 points. However, only one other player scored more than 10 – Patty Mills with 13 – while Anderson and the Oui Frenchman barely made double figures with 10.

Interestingly, LMA had 17 made baskets, while two players had exactly 4 baskets and six others had exactly 2. All in all, a very non-Spursian box score – other than the most important stat: The W.

Bruno’s excellent write-up of the Memphis game included this gem:

Typically the match and gasoline that, when put together, have helped spark countless San Antonio runs, Manu Ginobili and Patty Mills have not been quite as stellar together to start this season. Here are the net ratings of these two when they’ve been on the floor at the same time over the years and this season, heading into Monday’s game:

My theory: Pop has chosen to have Bryne Forbes playing as the off-guard with Mills and Manu for many of their minutes together. While Forbes has certainly become a knock-down shooter, pairing him with Mills as the other guard, with Manu as the very small forward, may be just too many Hobbits on the floor at the same time.

The great Bulls teams proved that teams can get away with playing smaller shooting guards such as Steve Kerr or John Paxon by pairing them with larger guards such as Michael Jordan and point forwards such as Scottie Pippen. Forbes may be more effective playing with bigger line-ups (for instance, with Kyle Anderson as the point forward) than the extreme small-ball Manu-Mills units. That may also help turn around the unusual negative Mills-Manu plus-minus.