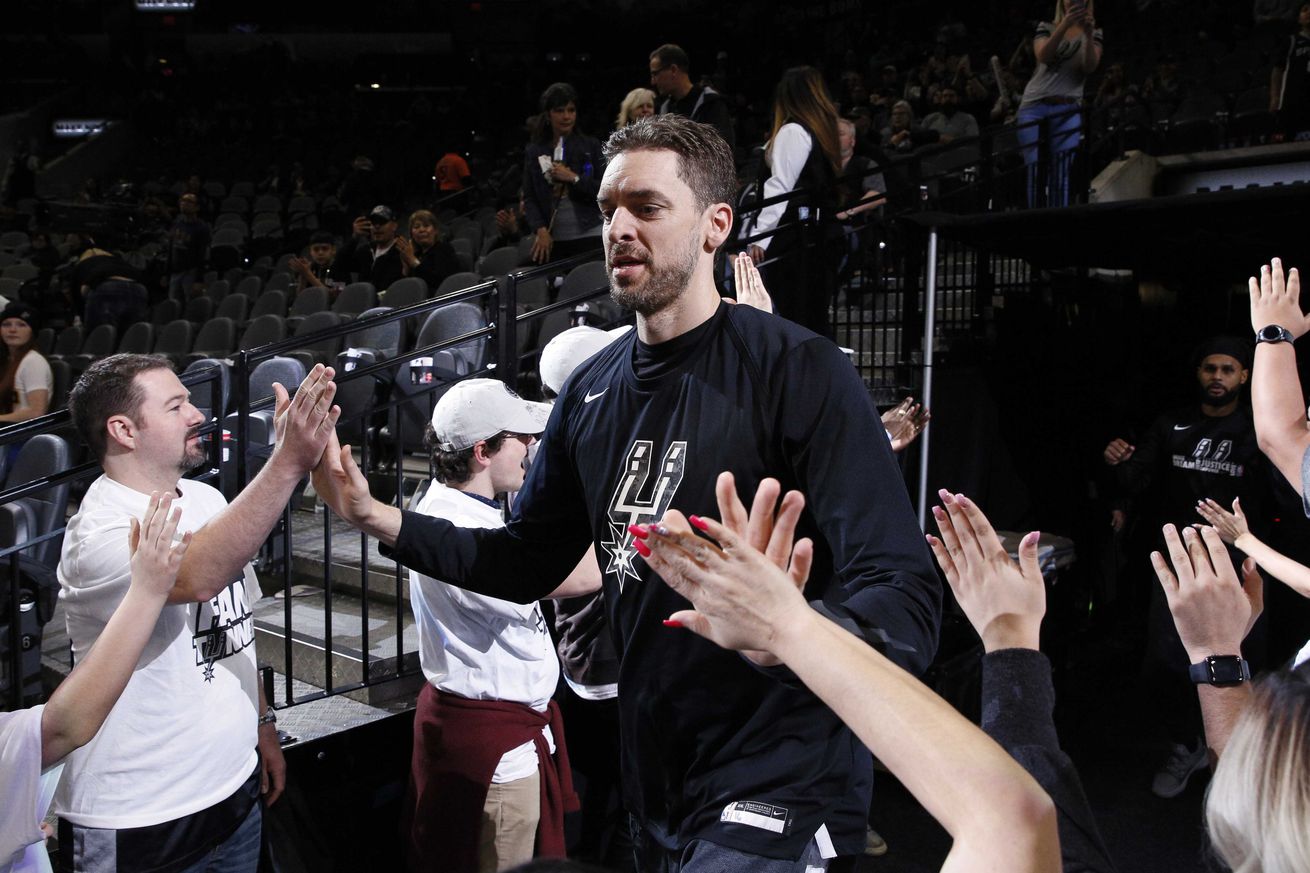 Pau will have an opportunity to catch on with another playoff team and the Spurs will get an open roster spot.

After two-and-a-half seasons in San Antonio, Pau Gasol is moving on. The future Hall-of-Famer and the Spurs have reportedly agreed on a buyout, per ESPN’s Adrian Wojnarowski.

This is not surprising. In fact, it was predictable. Gasol started the season as a sub and eventually lost his place in the rotation after suffering a stress fracture in his left foot. The Spurs tried to showcase him prior to the trade deadline, but they didn’t find a buyer. Since then, he has been playing scrap minutes behind Jakob Poeltl when he got to see the court at all, and he’s been also getting some DNPs.

He was clearly the third-string center in San Antonio — averaging just 4.2 points and 4.7 rebounds in 12.2 minutes over 27 games — so it’s not a shock that he was amenable to being bought out. By going through with it before March 1 deadline (11:59 PM ET), he’ll be eligible to suit up for the playoffs with a new team. He’ll definitely have suitors (most signs are pointing to the Milwaukee Bucks), as he can still contribute on offense and near the rim on defense and brings championship experience and leadership to the locker room.

Without a straight up trade, this is the best possible outcome for the Spurs. Gasol would have been owed $16 million next season, or $6.7 million guaranteed if they waived him this summer. Now he is completely clear from their books, and they will have much more freedom in free agency this summer.

We’ll have more on what this means for the Spurs soon, so stick around.