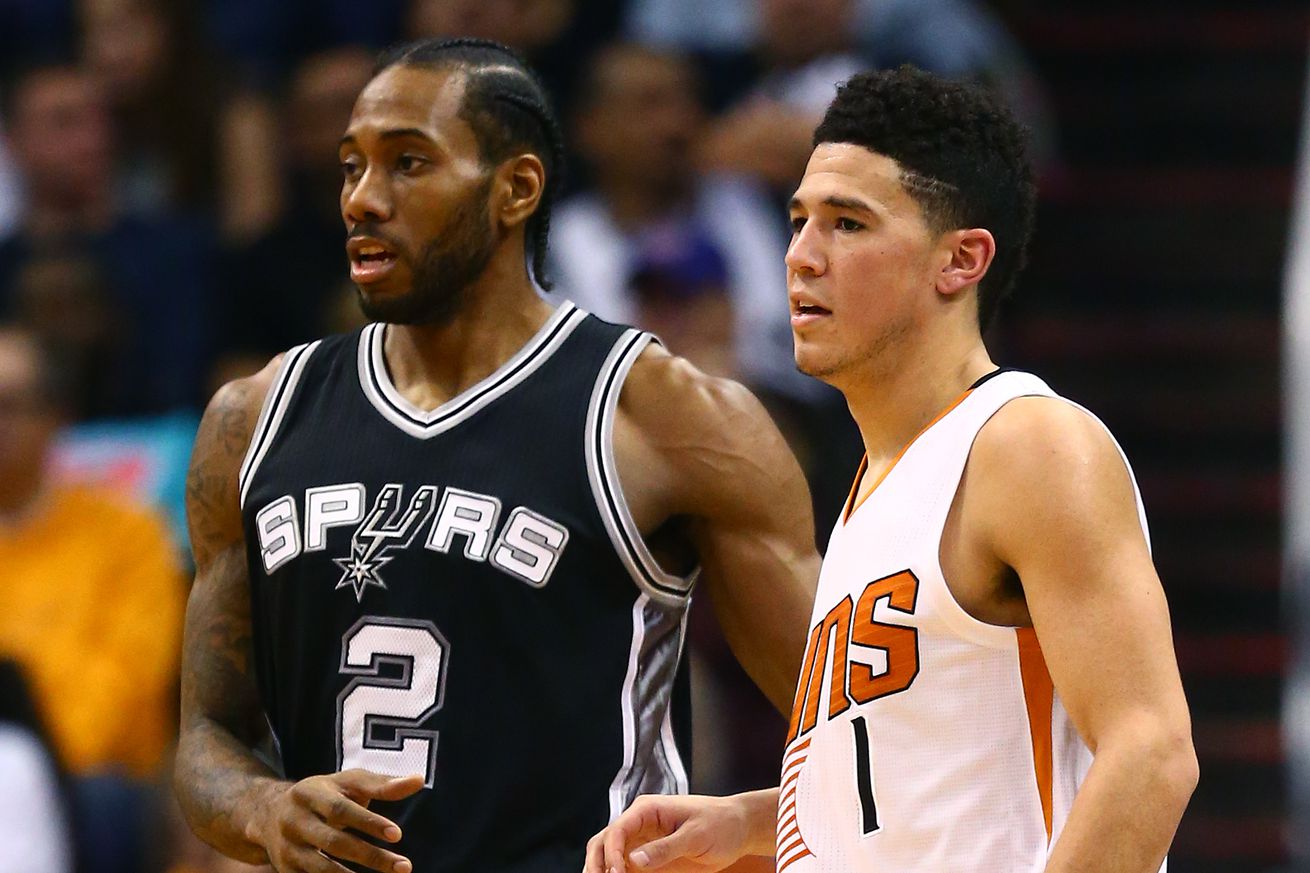 The Suns and the #1 pick; the Sacramento Kings with the #2, not to mention everyone living in the greater Los Angeles metropolitan area.

With the NBA world abuzz about Leonard wanting to play in Los Angeles, the Lakers and Clippers have begun circling the wagons. But don’t count out Eastern Conference contenders Boston Celtics and Philadelphia 76ers. These two teams are loaded with young talent, more tradeable assets, and ready to take their rightful place as the top team in the East. Finally, there are the teams with high draft picks.

The Phoenix Suns have the #1 draft pick

Although nothing official has been put on the table, Suns general manager Ryan McDonough is said to be considering their June 21st pick in exchange for an opportunity to sell Leonard on a long-term future in Phoenix.

The Phoenix Suns could be a dark-horse team in the Kawhi Leonard sweepstakes, as @KevinOConnorNBA notes. They have the top pick and quite a few young players to offer. Making a deal without a long-term assurance from Kawhi would be extremely risky, though. https://t.co/0HyaAJMjpD

Sacramento wants in on the action

Even though the Sacramento Kings do not have the pieces in place to be competitive, they are also considering trading away their #2 pick to bring a cornerstone to the franchise. Although they have been building with young players since parting with DeMarcus Cousins, Ben McLemore, and Rudy Gay, the Kings enlisted the veteran leadership of George Hill, Zach Randolph, and Vince Carter this season. A commitment from Leonard could alter their trajectory immediately.

Another team to watch in the Kawhi sweepstakes: Sacramento. Kings have talked to teams about the No. 2 pick, per sources, and desperately want an established star.

Meanwhile, down the California coastline

The Lakers have a bevy of young players, none of which they are probably willing to part with readily. But with their city named as the primary desired destination for Leonard, there is some leverage to their offer. The Lakers do not have their first round draft pick, so expect some combination of Brandon Ingram, Lonzo Ball, or Kyle Kuzma to be offered along with a future pick.

Kawhi Leonard has been traded to the Los Angeles Lakers in exchange for Brandon Ingram, Kyle Kuzma, and a future 1st rounder.

Since the Clippers are conveniently located in the same arena, they are also diving headlong into the Kawhi Leonard to Los Angeles speculation. Expect Doc Rivers and company to be willing to part with both the 12th and 13th draft picks along with Tobias Harris in exchange for Kawhi Leonard’s services.

The Clippers will pursue Kawhi Leonard, according to Brand Turner of the Los Angeles Times. https://t.co/ICYfKJXpUK #KawhiLeonard

Boston, with Danny Ainge at the helm, has been building an empire. And with the addition of Gordon Hayward and Kyrie Irving (both of whom suffered the same injury bug that occupied much of Leonard’s season), there is a lot of options for the Celtics to make a serious push for Kawhi to join an East coast contender. It is unclear if Jayson Tatum would be considered in an attempt to pry Leonard from San Antonio, but Jaylen Brown, Terry Rozier, Marcus Morris, in some configuration of draft picks have been making their way into the stratosphere.

There is also a belief that the Celtics might retain their youthful core and be willing to part with Al Horford, Kyrie Irving, or Gordon Hayward.

Also in here: Sources say the Celtics believe Kyrie Irving would like to be in Boston long-term but understand there are no guarantees at this point: https://t.co/qVEpaNS1SZ

Finally, the Philadelphia 76ers hope to entice The Klaw to be part of The Process. With a bevy of young talent look for the Sixers to be willing to part with Markelle Fultz, Dario Saric, or Robert Covington as part of a trade with the Spurs.

In the meantime, know that all 29 franchises are having meetings to determine the best offer before calling PATFO.