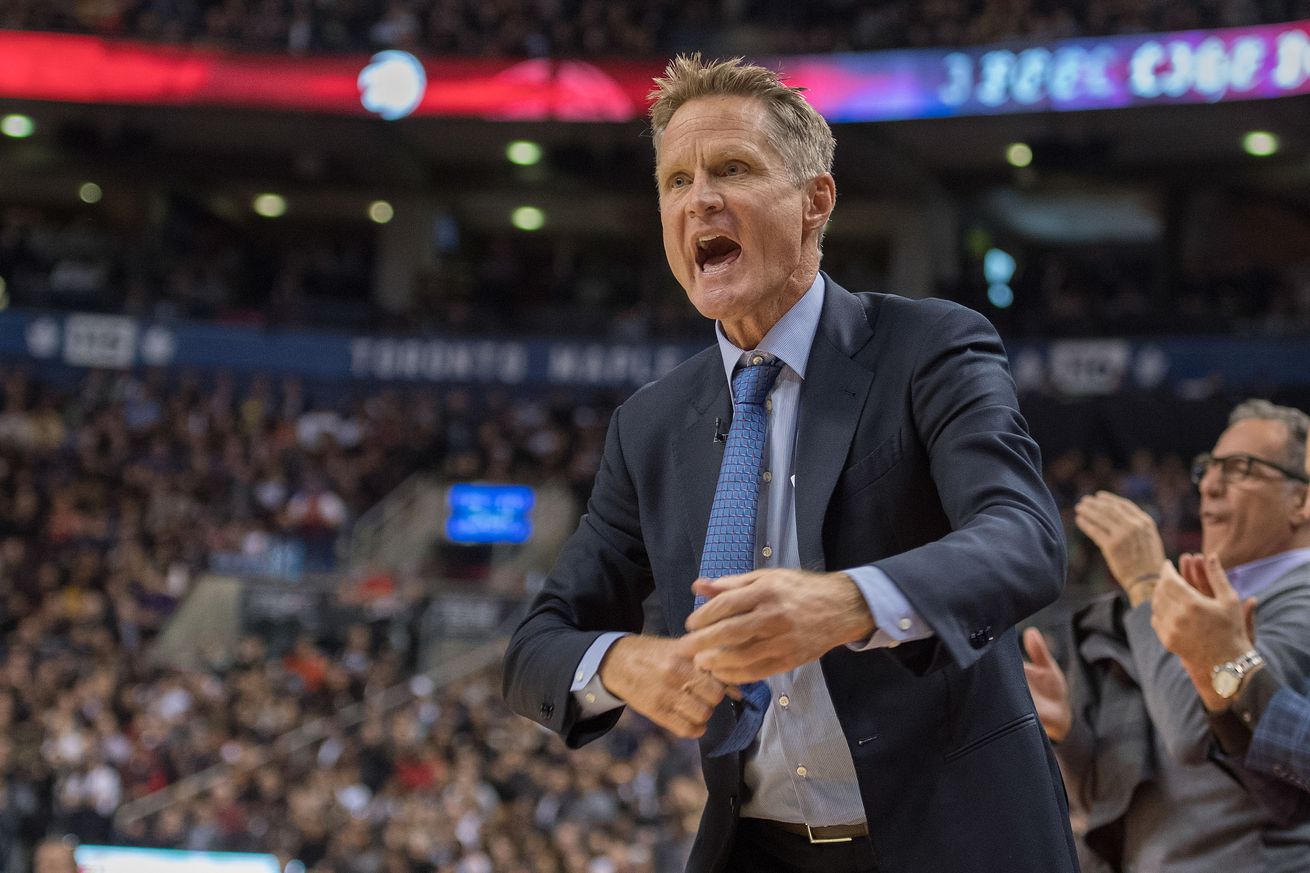 Lose to the enemy? Employ his son.

Warriors coach Steve Kerr’s son, Nick, is set to join the San Antonio Spurs as video coordinator in the offseason.

Nick has been watching games with his father during Steve’s absence from the sidelines due to health problems, and will work with Gregg Popovich in San Antonio to gain more experience.

Steve spoke about Nick’s new job and says it’ll be good for his son to work with “the best in the business”.

“He’s been at pretty much every practice the last two postseasons–once the Cal season ended the last two years he just came down and rebounded and watched film with our staff. So he’s getting a pretty good education here.

“It’s good for him to go out and do his own thing; pretty good opportunity to go work for the best in the business. We’re going to miss him.”

Gregg Popovich is such a fan of talent that he gets the son of the coach that just swept him in the Playoffs to work with him.