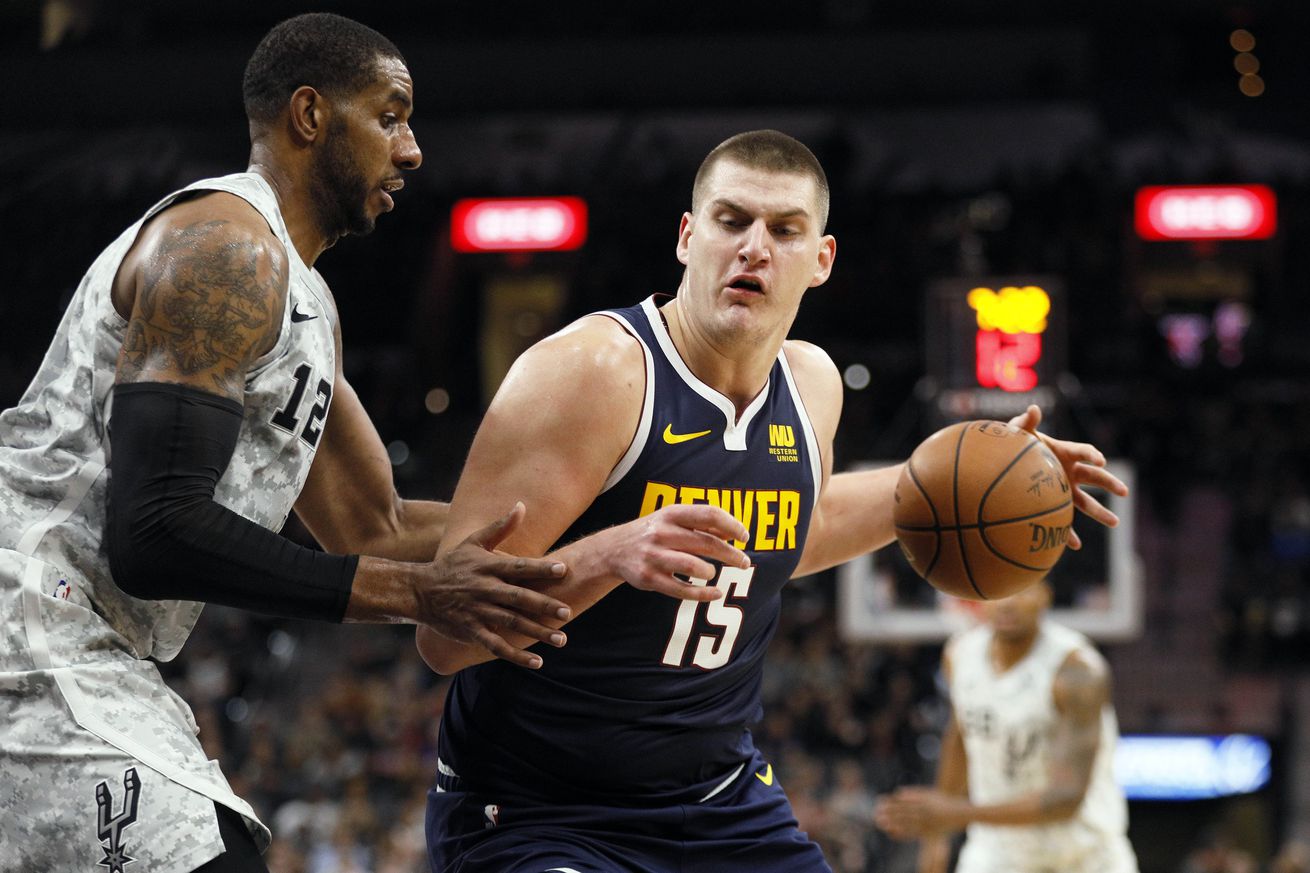 A survey of Spurs / Nuggets series predictions around the Interwebs

It’s just one more day until tip-off of Game 1 of Denver and San Antonio! Here is a survey of series-related key points and predictions. Though some pundits are holding off on predictions until later today or first thing tomorrow, it would appear that, based on the sampling below, the Spurs are being given a fighting chance in several corners of the sports world.

Tas Melas of NBA TV’s ‘The Starters’ has San Antonio winning in six.

Though they do not go as far as making a particular prediction, Michael C. Wright and Tim MacMahon of ESPN noted: “San Antonio was 37-10 when Aldridge scored at least 20 points, including 2-1 against the Nuggets. If the Spurs’ All-Star is in a rhythm, it has a real chance to pull off an upset over an inexperienced No. 2 seed.”

SI.com ranked this series as the fifth most entertaining first round matchup citing “LaMarcus Aldridge and DeMar DeRozan have caused plenty of matchup problems during the season series between the two teams. DeRozan has past playoff demons to fend off, and if Aldridge is in a rhythm, San Antonio has a real chance to pull off an upset over an inexperienced No. 2 seed.”

Zach Buckley of Bleacer Report points to the Nuggets’ “play better on both ends and boast superior depth“ as the primary reasons for them defeating San Antonio in six games.

Sean Deveney of the Sporting News has Denver winning in seven games in a “skin-of-the-teeth” series.

Dane Delgado and Kurt Helin of Yahoo! Sports offer contrasting predictions, with Helin stating that the Nuggets will advance to the conference finals and losing to Golden State, while Delgado quips “If I had to pick a series to go south, I would go with the Spurs beating the Nuggets in a major upset.”

Somberly, all six CBS Sports NBA columnists believe that the Nuggets will defeat the Spurs in anywhere from 5-7 games.

Pounders, what do you think will transpire between these two teams in the next couple of weeks? I say Spurs in six. Vote below!