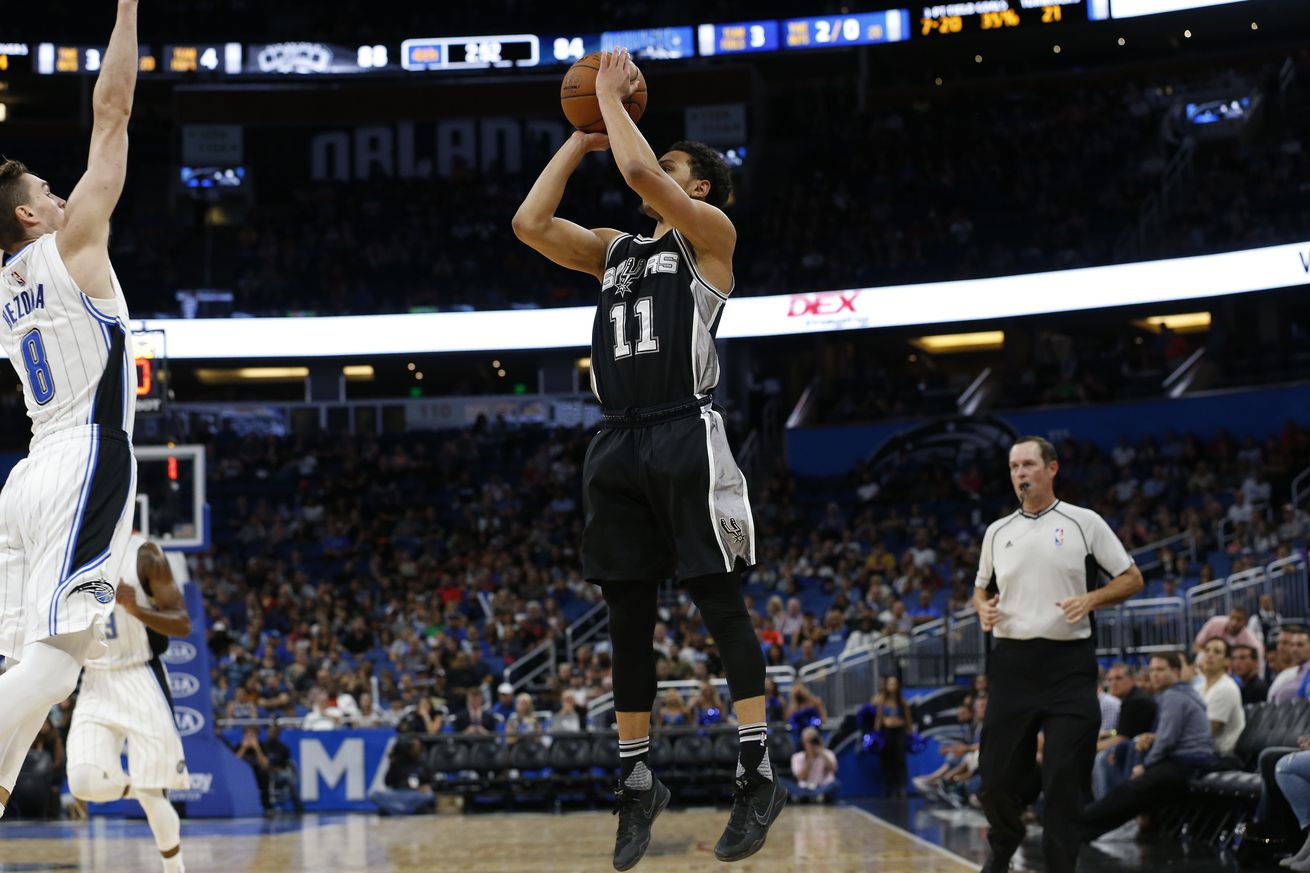 Bryn Forbes and the Spurs continue cruising through summer league, as San Antonio knocked off the New Orleans Pelicans 86-81 on Thursday afternoon in the second round of the NBA Summer League playoffs.

Forbes finished the game as the leading scorer for the Spurs with 29 points, while the Pelicans’ scoring effort was led by Quinn Cook, who accumulated 16 points in the loss.

Unsurprisingly, we are leading off the recap of notables with Forbes, who once again packed the scoring punch and led the charge offensively for the Spurs in this one. Forbes finished the afternoon with 29 points and five assists, but was only 8-of-22 from the floor. His 9-of-11 mark from the free throw line saved the scoring portion of his stat line, but he played well despite the poor shooting from the floor.

The most encouraging part of the performance from Forbes was that he only turned the ball over one time. The turnovers have been an achilles’ heel for Forbes throughout his time in the NBA, so the effort on Thursday to protect the basketball displayed that improvements are possible in that area of his game.

Blossomgame, the Spurs’ second round selection out of Clemson, scored nine points and grabbed three rebounds in 27 minutes of game action. His defense was the most notable part of his afternoon, as he was excellent with his on-ball defense on the wing. Blossomgame will make a name for himself in the NBA if he continues his commitment level on the defensive end, which is continuing to develop as he makes his jump from college to the pros.

Hanlan was solid again on Thursday, recording a double-double with 10 points and 10 rebounds in the victory over the Pelicans. Hanlan also dished out six assists, making for a solid all-around game for the second-year pro, repeatedly making plays for himself and his teammates.

White’s struggles shooting the basketball continued on Thursday, but his confidence and attitude have remained positive throughout his trials and tribulations in summer league play. The good news for White, is that despite a 5-for-14 shooting effort on Thursday, he still recorded 15 points and was the second leading scorer on the afternoon for the Spurs behind Bryn Forbes.

Shane Whittington has continued his upward trajectory in summer league play, as he put forth another positive performance on Thursday. Whittington scored eight points and grabbed eight boards, and was a difference-maker defensively without fouling, which was an issue for him earlier this summer. If Whittington continues rebounding while adding some consistent offense as well, he could be a reliable depth option off of the bench at the forward position this fall.