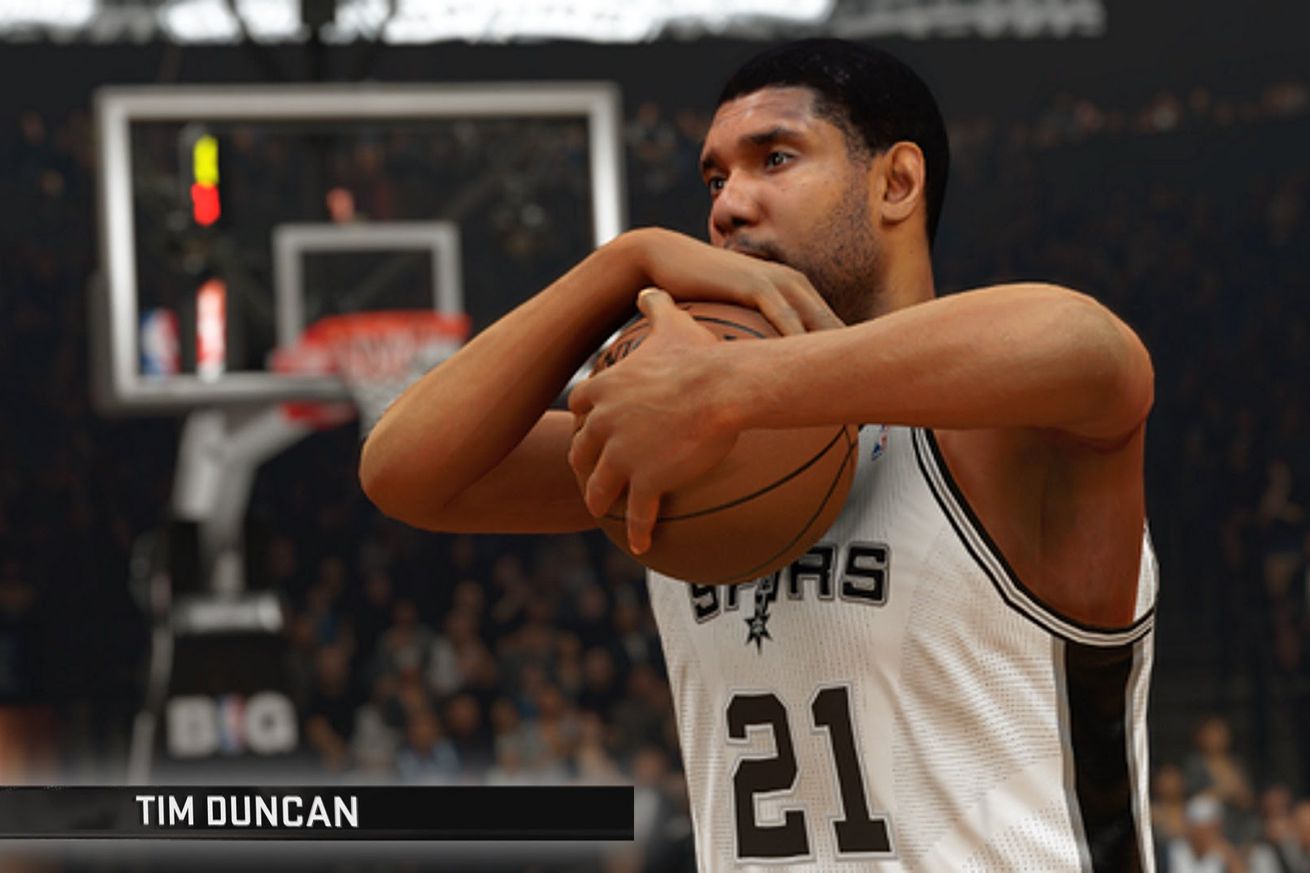 The roster features the best 15 players available in the game.

If you’re an NBA 2K fanatic, you’ve been waiting for this. NBA 2K18 will feature a playable all-time team for all 30 NBA franchises. The teams will be a 15-man roster featuring the best players in franchise history that you can play in the upcoming video game. The ratings are based the on players’ time with that particular team.

Here is the Spurs roster:

(You can click here to go through the NBA 2K’s Facebook gallery to see the 29 other all-time rosters. In case you’re unfamiliar with the game, the number in the second column is the player’s rating, and like always the higher the better.)

The starters are spot on, as is the top five bench players. (And yes, some may be perturbed that LaMarcus Aldridge is on there since he’s only been a Spur for two years and appears on the decline, but he’s still one of the better players the Spurs have ever had, and if that still doesn’t cut it you can enjoy the fact that Sean Elliott is rated higher.)

Where it gets a little hairy is after Artis Gilmore. Dennis Rodman was certainly good for the Spurs (despite his attitude issues), but was he an all-timer? It’s not just a matter of finding him a spot in the game because he’s also a starter for the Bulls with a rating of 93. (On the other hand you can have fun playing Spurs Rodman vs. Bulls Rodman, Spurs Aldridge vs. Trail Blazers Aldridge, etc.)

Avery Johnson is understandable based on longevity, and he along with Danny Green and Robert Horry have been important contributors to championship teams. Vinny Del Negro might be the oddest inclusion. He’s definitely not someone you think of when considering the Spurs’ 15 best players.

Players like James Silas and Johnny Moore immediately come to mind as missing from this list, but there’s a likely explanation for their absence (and the questionable inclusions). The roster is based on players available in the game, and they fall into a category of being from long enough ago and not Hall-of-Famers (unlike the Iceman) that their characters were simply never created.

So what do you think, Spurs fans? Do you like NBA 2K’s all-time roster? Are there any changes you would make?