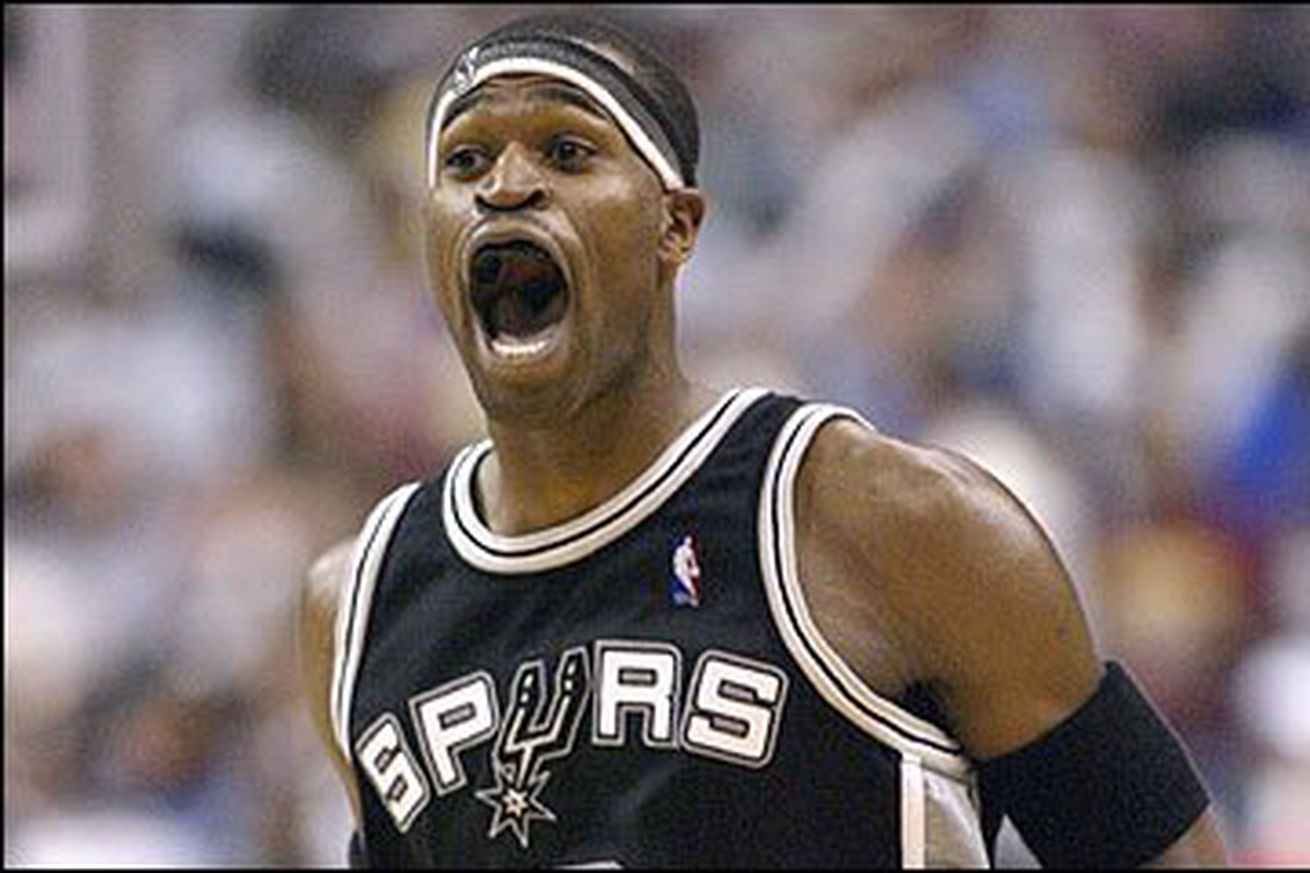 That and more with today’s Spurs news and articles.

Stephen Jackson is a complicated former Spur. He’s mostly loved by fans for his role in the 2003 championship, and his return via a trade for Richard Jefferson in 2012 was widely celebrated on both sides. He even cried tears joy when Gregg Popovich called to tell him he was coming back to San Antonio.

However, as has often been the case with Cap’n Jack and many clubs he has played for, his relationship with the Spurs once again deteriorated as he began to complain about players like Danny Green and Kawhi Leonard passing him the rotation, and he was waived just prior to the start of the 2013 Playoffs. As we all know, the Spurs would go on to be just fine with those other two manning the wing without him.

Ever since then, he has jumped between complimenting and bashing the Spurs organization and its members with no rhyme or reason behind it. His most recent victim (and not for the first time) is Tony Parker, whom he called out on the latest episode of “All the Smoke” over a basketball beef.

Uh, okay. I’m guessing this dates back to his complaints from 2016 that Tony was too selfish, with an example being that he didn’t pass to him enough during Game 6 of the 2012 Western Conference Finals, when he had the hot hand but felt Tony was purposefully ignoring him.

It’s a pretty random attack, but very on-brand for Jackson. Combine him with Robert Horry, who received plenty of flack in 2017 for taking unexpected and inaccurate shots at Tim Duncan and Manu Ginobili, and you have two former Spurs who are remembered fondly for what they did on the court during their time here but keep making it easier and easier to dislike them as time goes by.

Bill Simmons says something nice about the Spurs

Everyone knows Bill Simmons is a bandwagon journalist (beyond being a Celtics fan) who hitches himself to whichever club is the strongest at the moment. At one point, that was the Spurs. In his latest episode of his podcast “Book of Basketball 2.0”, which is technically about the dynasty-the-could-have-been of Kevin Durant and the Thunder (which hit its likely apex in the aforementioned 2012 WCF against the Spurs), he also discusses how the 2012-14 Spurs were possibly one of the greatest teams of all time yet historically underrated. Be sure to give the entire thing a listen. It’s actually worth it.

From China to the U.S. and Back

This article may be over a year old, but it’s still an amazing story about Saiyuan Bian: a basketball player from Beijing who fell in love with the game after watching Space Jam as a kid. Follow his story as he goes from being discovered at a camp by God Shammgod (former NBA second-round pick and current player development coach for the Mavericks), to getting his degree from the University of Kansas while playing for their practice squad, to becoming a translator in the Chinese Basketball Association for English-speaking players and getting to know many NBA stars along the way.