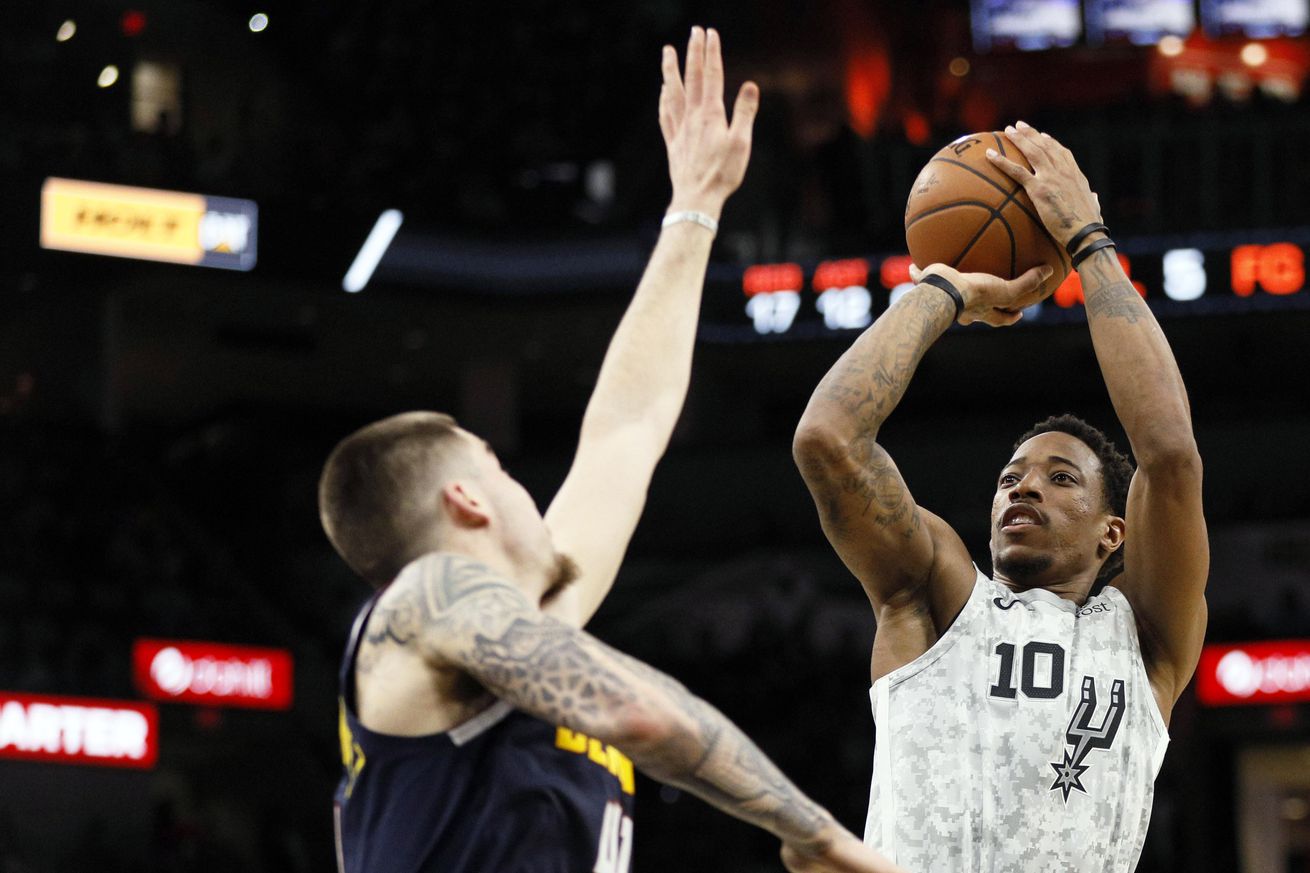 The best way to enjoy the day after Christmas is with leftover tamales and Spurs basketball.

The Spurs played their first game in what seemed like forever (by this hectic season’s standard) and survived three three-point shots in a row by Malik Beasley late, who led a furious almost-comeback for the Nuggets. DeMar DeRozan led all scorers with 30 points, and LaMarcus Aldridge was rock solid with 27 points on a very efficient night, shooting 68%.

Both teams’ starters traded punches and leads early on until DeRozan and the Foreign Legion energized a scoring spurt. Even though the Nuggets were missing three starters, they were active and hitting threes to keep the game close.

However, any small momentum the Spurs had was short lived because the Nuggets took advantage of turnovers and fought their way back to take a brief lead. There was also an injury scare for DeRozan who appeared to have stepped on a Nugget player’s foot, but he was able to stay in the game.

In the second half, the Spurs were able to maintain a modest lead by feeding Aldridge in the paint. All night L.A. looked to feast in the post and found considerable success. That being said, anytime the Spurs looked to establish a lead, the Nuggets responded with another three. The score remained close heading into the final quarter.

Eight lead changes in a tight game gave way to a pair of back-to-back threes by Marco Belinelli and Bryn Forbes, which sparked a 17-0 run to open up a double digit lead halfway through the quarter. But in the last few minutes, the Nuggets could not miss from downtown and were able to cut the lead to 6 late. Eventually the good guys were able to hit their free throws and a few key shots to close out the game with a win.