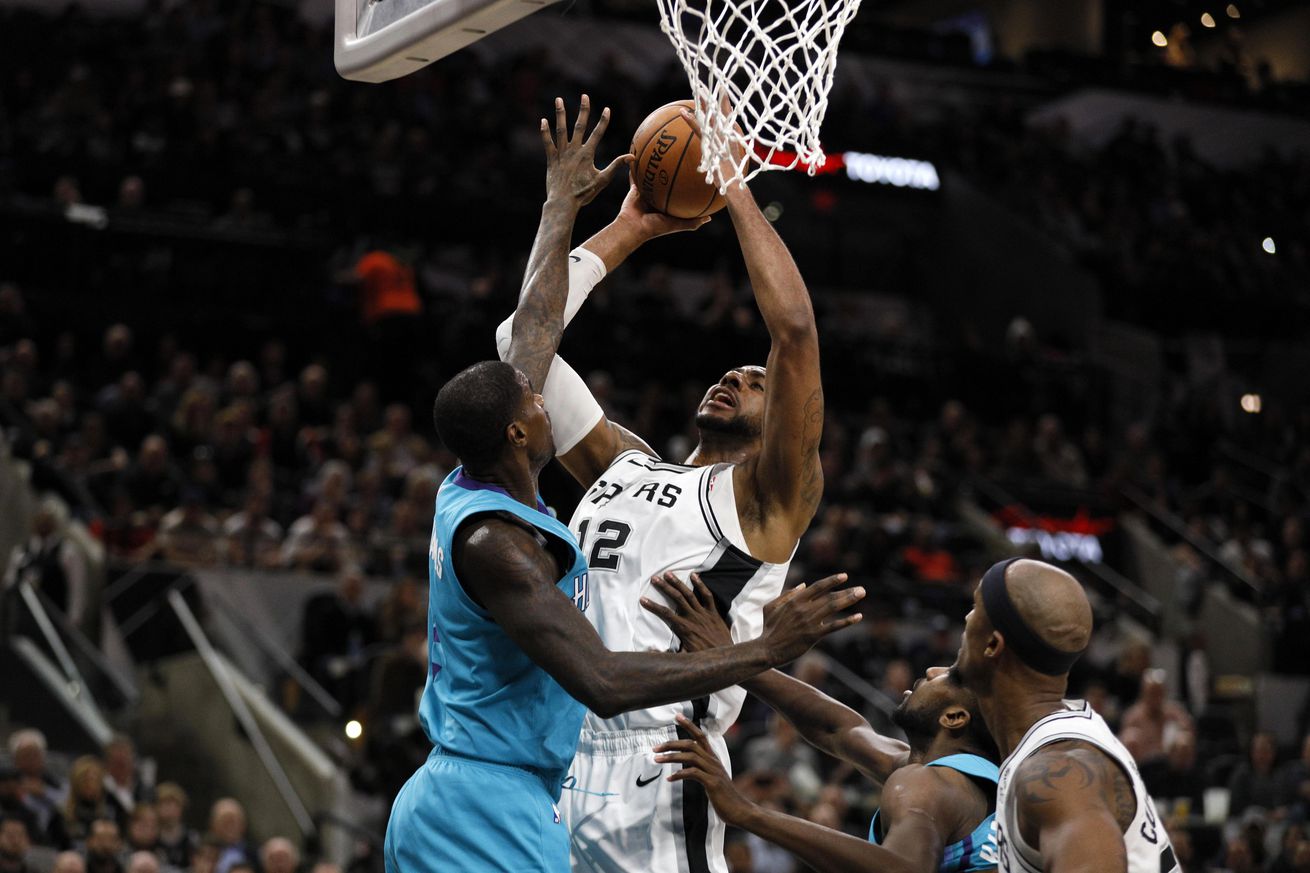 On a night of heartfelt emotions, the Spurs and the fans at the AT&T welcomed back one of their own. LaMarcus Aldridge kept up his offensive groove pitching a double-double of 28 points and 10 rebounds for the Spurs. Ultimately, it was not enough for the good guys who fell to the Hornets 108-93.

It was a tale of three runs in the first quarter with the Spurs jumping out to an early lead behind their first run only to find themselves down by as much as 10 when the Hornets went on their own run behind a hot-shooting Kemba Walker. Another Spurs run cut the lead down to 24-28 to end the first quarter.

In the second, the Spurs’ offense was solid, but their defense was more troublesome giving up points in the paint, from three, and in transition. Eventually the pace picked up for both sides (as did the turnovers), and somewhat surprisingly the Spurs were down by only 6 at the half, 43-49.

The third quarter began with less sloppy ball-handling and both sides were more focused on offense. Walker continued to shoot well from long distance, and Aldridge punished the Hornets down low. The Spurs still found themselves down 4 at the end of the third despite taking a very brief one-point lead.

The back-and-forth from the third quarter continued into the fourth as Tony Parker came alive making familiar-looking layups in the paint and setting up teammates for buckets. The Hornets seemed to threaten to pull away at several times if not for a couple of threes coaxed into the hoop by Patty Mills.

In the end though, the Spurs’ defense could not stop the Hornets, and Walker proved to be too much for the Silver and Black.