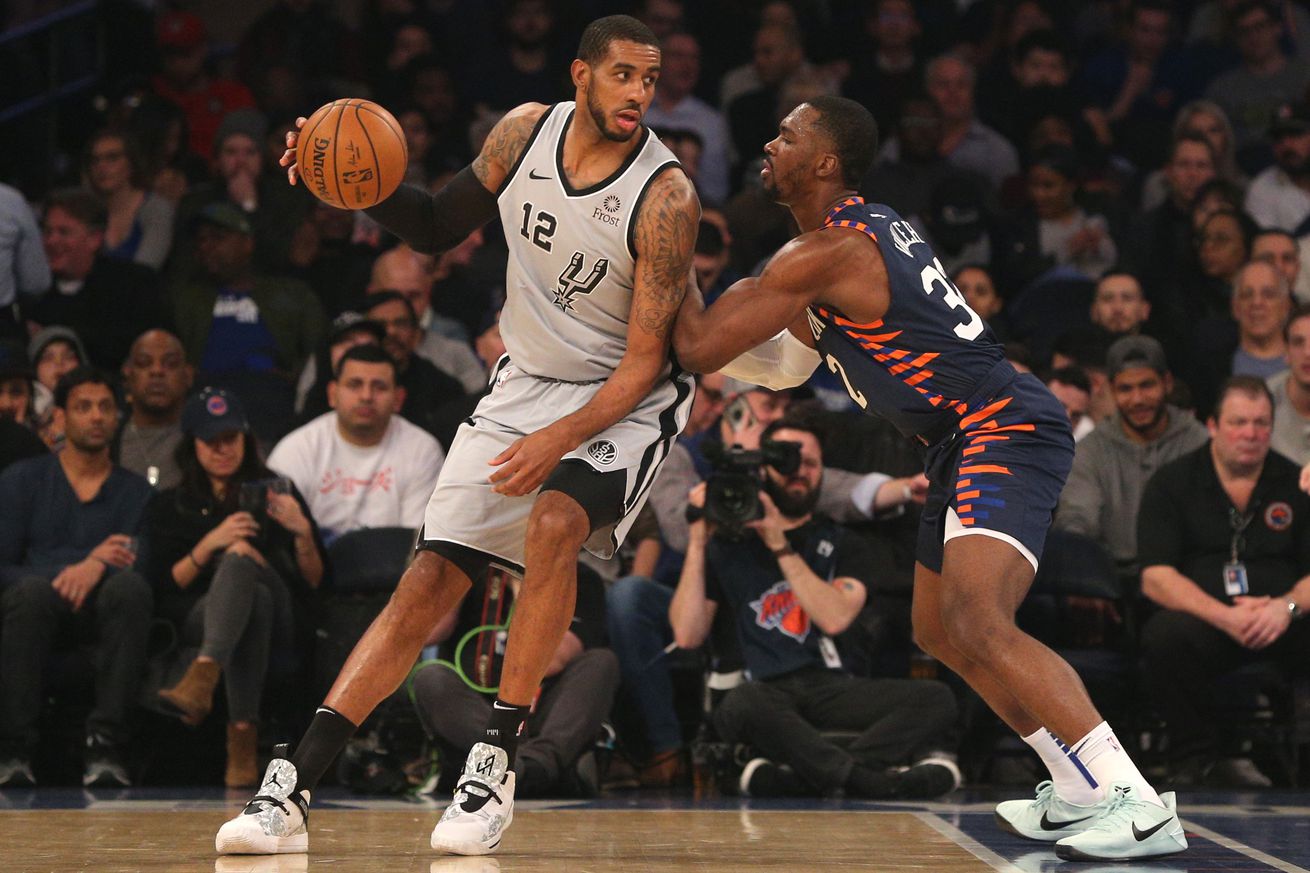 The Spurs threw away yet another game they had no business losing.

Looking to salvage what is left of the Rodeo Road Trip, the Spurs headed to Madison Square Garden to take on the 11-48 New York Knicks, owners of a 4-24 home record and losers 18-straight at home: one off of tying the 1993-94 Mavs for worst losing streak at home in NBA history. After their inspiring but heartbreaking performance against the Raptors on Friday, the Spurs completely no-showed for two-and-a-half quarters tonight, digging themselves too big a hole to climb out of on their way to a 130-118 loss.

LaMarcus Aldridge battled foul trouble all night and finished with 18 points in 21 minutes before fouling out. DeMar DeRozan scored 32 for the Spurs, but almost no one else showed up for this one. Damyean Dotson led the Knicks with 27 points.

For the Knicks fans’ perspective, visit Poasting and Toasting.

The Spurs conclude the RRT tomorrow in Brooklyn. Tip-off will be at 6:30 PM CT on FSSW.