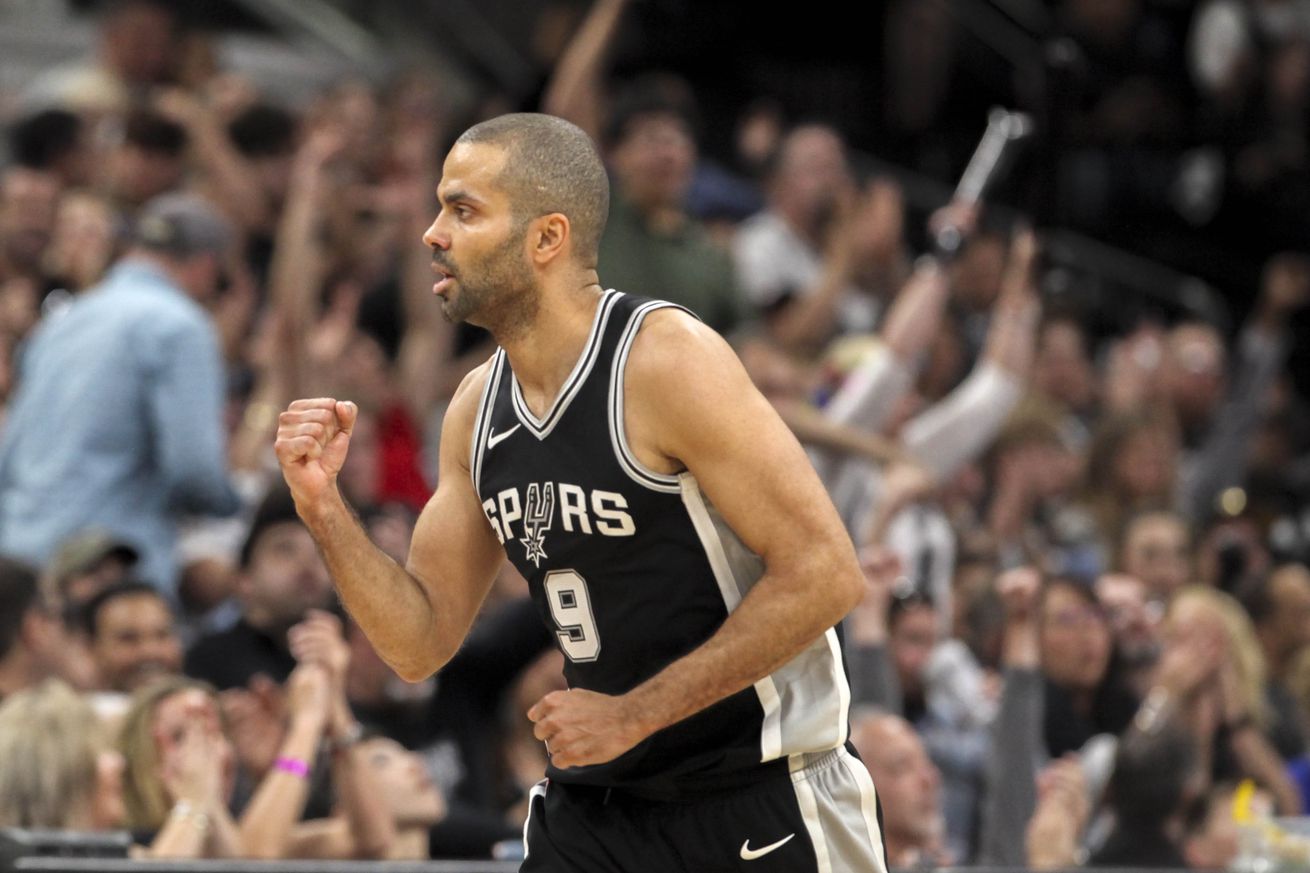 Parker reportedly has plenty of suitors, including some that might be willing to pay him more than the league minimum.

Kawhi Leonard might not be the only one of San Antonio’s franchise greats that could leave the Spurs this offseason. Tony Parker has not re-signed yet and several teams are reportedly interested in his services, according to ESPN’s Adrian Wojnarowski.

Parker, who became an unrestricted free agent this summer, lost his starting point guard position as the Spurs decided to make way for the development of Dejounte Murray. It was believed he could sign a smaller contract and complete his career in San Antonio as a backup. But with a logjam in the guard positions paired with Parker’s desire to play another three seasons despite his mileage and limitations, it’s unclear whether the Spurs will re-sign the four-time NBA Champion.

Luckily for Parker, he won’t lack suitors if he decides to continue his career elsewhere. Wojnarowski reported that the Charlotte Hornets, who recently signed former Spurs assistant coach James Borrego as their head coach, are one of the many teams interested in adding Parker to their roster. The Hornets have both the mid-level and bi-annual exceptions at their disposal and could be willing to offer the Frenchman a better contract than the veteran minimum.

The Spurs have Parker’s Bird rights and could also offer more than the minimum, but might not be willing to do that. The future Hall-of-Famer struggled last season after returning from a ruptured left quadriceps tendon. He could still bring valuable experience and a steady hand off the bench, but with Murray set to start at point guard and combo guards Patty Mills and Derrick White potentially getting time at the position, there might not be many minutes for Parker in San Antonio.

Will the Spurs’ longest-tenured vet clean out his locker and take his talents elsewhere next season? The way this offseason is shaping up, anything is possible.