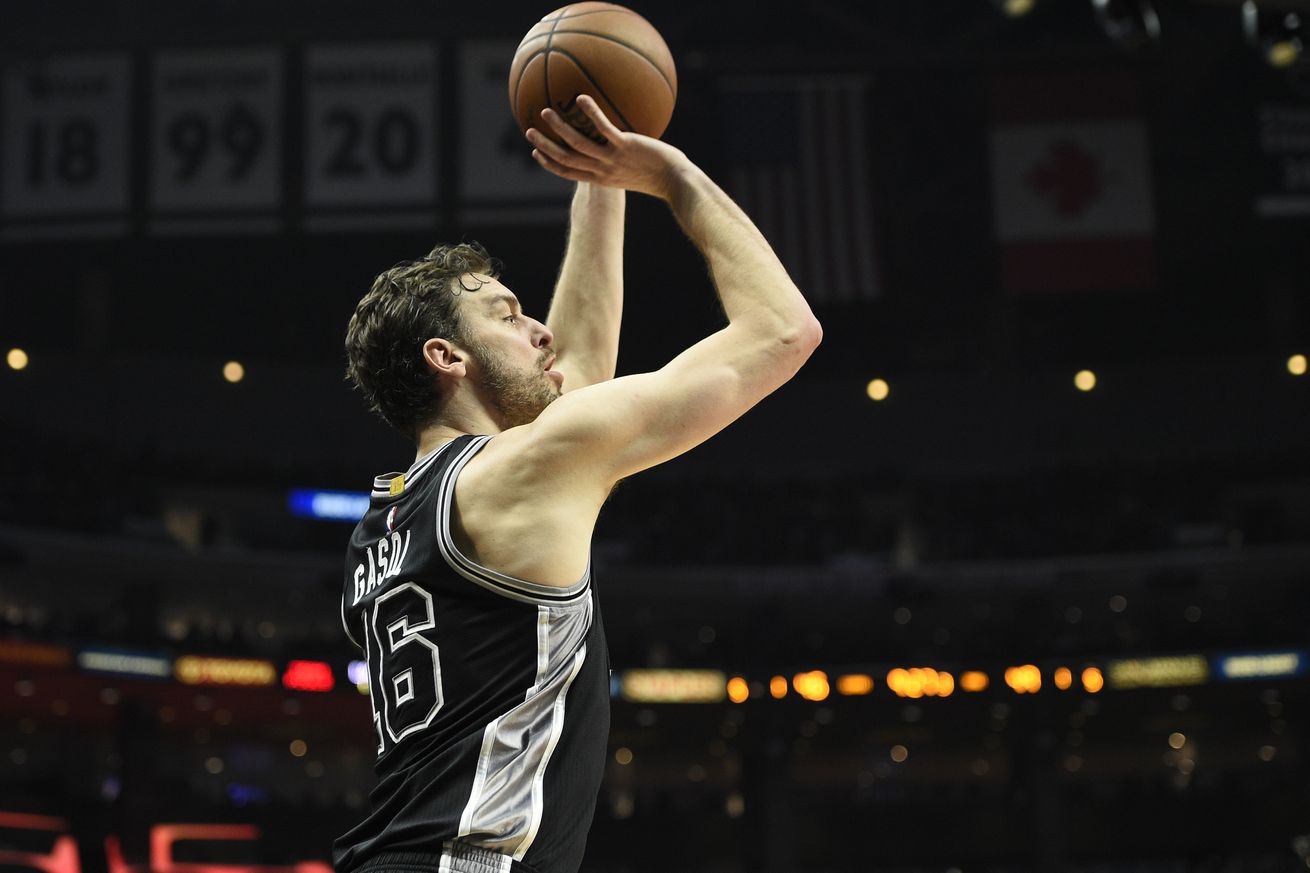 Fans have been hoping for this, but who expected it?

San Antonio Spurs forward Pau Gasol will decline his $16.2 million player option for next season, but is planning to re-sign with the Spurs this summer, according to Adrian Wojnarowski of The Vertical.

Sources: Pau Gasol will decline his $16.2M option for 2017-18, but intends to work with Spurs on a longer term deal to remain with team.

For the Spurs, this is a way to get salary cap relief on the 2017-18 roster. Gasol will return on a smaller annual salary. https://t.co/BNtilHNMAx

This news comes as a bit of a surprise, as most prognosticators expected Gasol to accept his player option and play under his $16.2 million player option next season.

It will be interesting to see how much Gasol’s contract for his new deal will be reduced, and how many more years the Spurs will give him as he enters his 18th NBA season this fall.

It’s not possible to express how much this impacts the Spurs’ summer. If Gasol picked up his option, that would be a serious hit on the Spurs’ chase of any free agents they have interest in, but with Pau structuring a longer deal to stay with the team and, then the possibilities are endless.