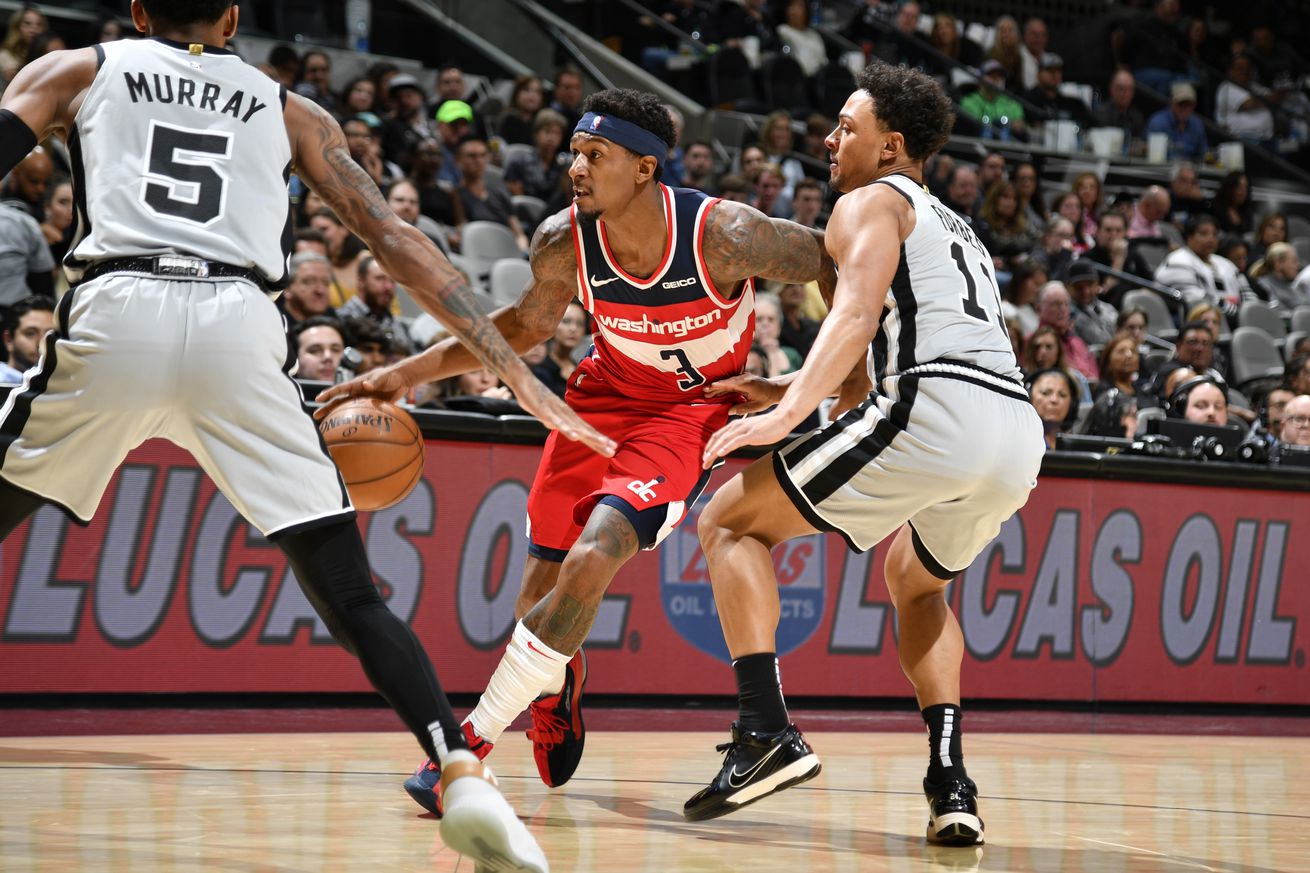 The first two games of the season showed the Spurs still have some rust and some getting to know each other.

Some would argue that these first two games exposed some possibly fatal flaws in the 2019-20 San Antonio Spurs. I would say that the guys in Silver and Black are just getting to know each other and are still working out the kinks.

Week 1: Both games were against teams that one would expect the Spurs to beat easily considering the season those teams had last year. But both games were closer than they should have been. The New York Knicks have been perennially at the bottom of the rankings, but this iteration came out looking ready to change that. It probably didn’t help that Marcus Morris played with a chip on his shoulders made up entirely of the boos that rained down on him for standing up the Spurs and costing us Davis Bertans. And speaking of the Latvian Laser, his new team the Washington Wizards, who finished last year 9 games out of the playoffs, came out with some laser focus. Add to that the Spurs, who KNOW Bertans is a three-point killer, seemed to forget that fact and failed to cover him. But we did get two things fans have been clamoring for: a Lonnie Walker IV sighting and a combo of Dejounte Murray/Derrick White on defense when it counted.

The four-year, $64 million extension signed by Dejounte Murray might turn out to be quite the team-friendly deal. Murray, 23, who missed all of last season because of a knee injury, has already proven himself as one of the NBA’s premier defensive point guards. He’s looked like a drastically improved all-around player during the Spurs’ 2-0 start. He has been smooth offensively, averaging 5.0 assists and 18.5 points on 60% shooting in only 23.4 minutes per game.

Dejounte Murray appears healthy after missing all of 2018-19 with a knee injury, and the 6’5” guard is likely San Antonio’s most prized asset moving forward. Not bad value for the No. 29 pick in 2016.

The Spurs are 2-0, but they’ve produced narrow wins over two of the league’s worst teams — the Knicks and Wizards. Dejounte Murray has been excellent early, but the defense has shown cause for concern after a step back last season. The Spurs have a track record of beating teams they’re supposed to beat, and that’s exactly what they’ve done to start the year.

Marcus Morris and Davis Bertans (who didn’t miss a shot on Saturday) combined to score 49 points at the AT&T Center last week. Neither was playing for the Spurs, but the home team won both games anyway, shooting 26-for-44 (59%) in the two fourth quarters. The Dejounte Murray comeback is underway; The point guard has totaled 37 points on 15-for-25 shooting through the first two games, with 14 of his 15 buckets coming in the restricted area, where DeMar DeRozan also got his game-winner on Saturday. If you’re not going to shoot 3-pointers —the Spurs are again 30th in the percentage of their shots coming from 3-point range — it helps to get to the bucket. The schedule gets much tougher this week, though the Spurs will have a rest advantage against both the Blazers (Monday) and Clippers (Thursday), with each of those teams having played the night before.

Nobody will hand the Spurs a medal for beating the New York Knicks and Washington Wizards in a 2-0 start, but every win counts for a squad likely to be near the cut line for playoff entry in the West.

LaMarcus Aldridge, who’ll be draining mid-post turnarounds when he’s 75, led San Antonio scorers in both games, but Dejounte Murray averaged a cool 18.5 points in 23.5 minutes per game to kick off his comeback from last year’s ACL injury. With 18 boards in two contests, the Spurs point guard also reminded everyone he’ll be a serious grab-and-go threat for a San Antonio offense that needs some transition zip.

Better tests are coming. The Spurs get the Portland Trail Blazers, Los Angeles Clippers, Golden State Warriors and Los Angeles Lakers in the four-game week ahead.

So are the Spurs fatally flawed or just gaining confidence and chemistry? Do you agree with the pundits? Let us know in comments, Pounders.