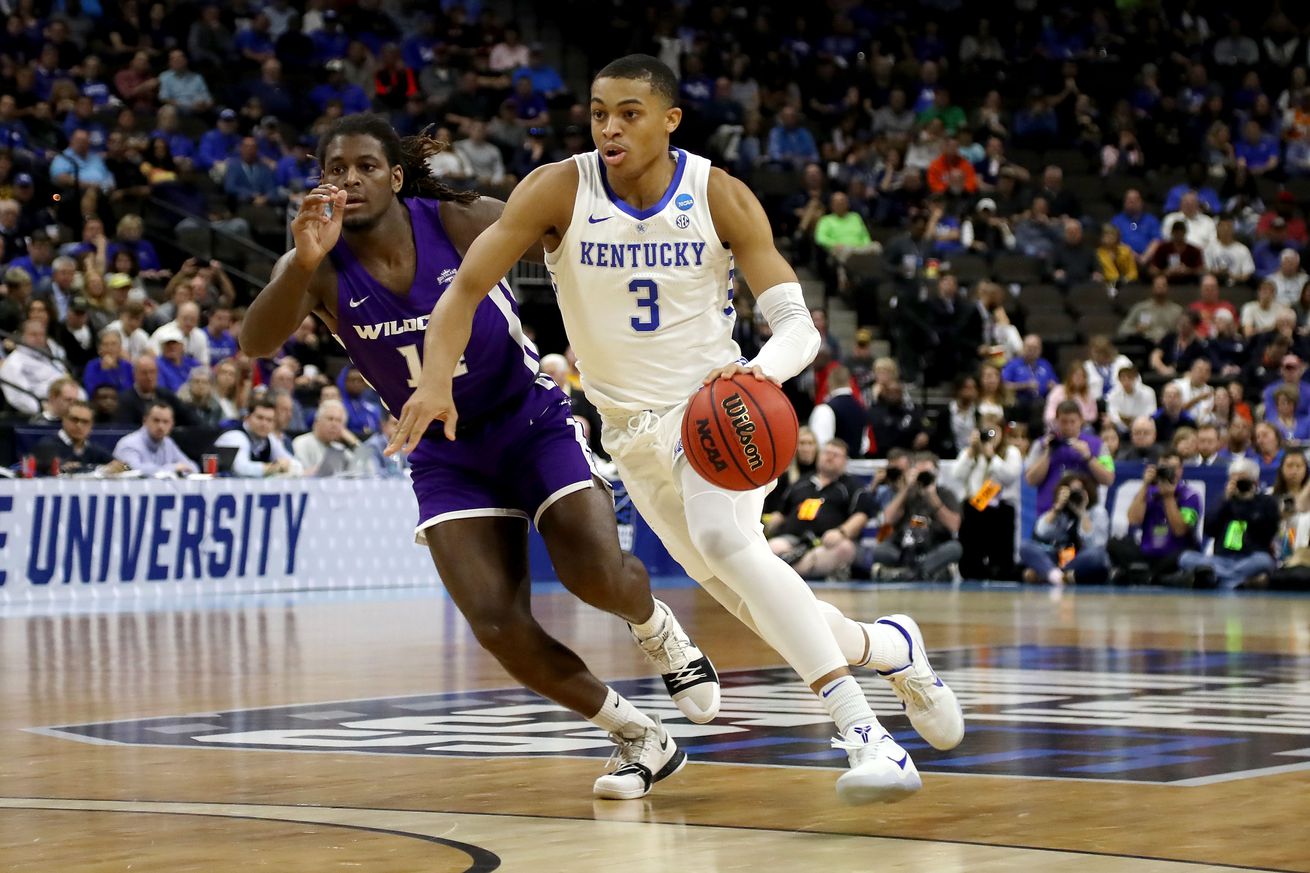 Examining the pros and cons of each non-guard draftee that could be available to the Spurs at 19.

The table below lists all players whose Average Mock Draft Position (AMDP) ended up being in the 18-27 range, as those players all have a good chance at being available when the Spurs are on the clock with their 19th overall pick. The group of players from the previous article were nice to discuss, but here is where things get truly interesting. There’s a great chance the Spurs stand pat on draft day, so the players discussed in the next two articles are far more likely to end up in silver and black.

Again, I am not including point or combo guards as I believe the Spurs should be targeting a swingman or combo forward in the draft.

Those making mock drafts have had trouble deciding exactly where he will be drafted, but I think his unique skill set will be too much for teams in the late lottery to pass on. If he is still available at 19 I’ll be on the edge of my seat seeing what the Spurs choose to do. He’s a true high risk/high reward pick, possibly the highest in the draft.

Known draft interest: Had a workout with the Spurs.

I only included his profile since the Spurs took the time to work him out. I obviously don’t have all the details of what led to his suspension, but there’s some bright yellow flags that I wouldn’t be able to ignore if I were the Spurs. Plus, I don’t see his skill set or likely position to be a great need for the Spurs. I’ll pass.

His mock projections had the second highest standard deviation out of all the players I’m covering in this article, meaning analysts are having a difficult time pinpointing exactly how high his ascension will land him on other team’s boards. I’d give him a long look at 29th if he’s available and the Spurs drafted a wing at 19th. At 19th I’m not as sold, which is where a few mocks have him landing. Though to be fair, I had never heard of him before White-Walker76 did his draft profile on him back in April.

I’m on the fence with Johnson. He’s young and has tremendous upside, but there are a lot of players similar to Johnson in this draft. The more I’ve been looking into these players the more I feel PATFO would be best off standing pat and relying on their developmental system to groom whomever they draft. I really can’t find major differences with these players, which I’m realizing is why the draft is considered to be relatively flat after the first couple picks.

I know there are a lot of Pounders who are high on Thybulle due to his defensive prowess and the Spurs’ inability to stop anybody last season. If he were a couple inches taller and 30 pounds heavier I would be all aboard the Thybulle bandwagon. As it stands, I’d wait and see if he drops to 29th before deciding he is worth the gamble. There’s been rumors of him having draft promises from the Oklahoma City Thunder and the Boston Celtics, and he’s been linked to the Philadelphia 76ers more recently. It’s hard to know what to believe, but it’s looking like he’s a long shot to be available to the Spurs at 29.

If the Spurs are looking for shooting in the draft there’s no doubt they will give Johnson a look at 19th. I still think they go another route at that stage of the draft. If he’s available at 29th he might be worth drafting for his shooting alone.

Known draft interest: Already worked out once for the Spurs with the possibility of a second workout.

I never really watch Georgia play so I had no idea who he was until the combine. He would definitely need some refining in the G-League for a year or two but he does have upside with his potential to be a two-way big who can play both inside and out and handle the ball.

Known draft interest: Had a workout planned with Spurs. Not sure if it has happened yet.

Five out of the nine mock drafts I looked at had Fernando being drafted 27th or 28th overall. One mock had him at 9th, another in the teens, and one even had him in the mid-second round. The standard deviation of his mock draft predictions were the highest out of all the players I’m profiling in this series. I have no idea where he will land in the draft, but he would not be very high on my draft board. There are a lot of players with a higher floor and upside than Fernando who should be available at 19th.

Known draft interest: Buford attending one of his games oversees and he had a workout in San Antonio. There seems to be real interest here and is worth keeping an eye on.

I hear a lot of people saying Samanic can help replace Davis Bertans if the Bertans experiment continues to fade. I don’t actually see a lot of similarities in their games though. The first time I heard of him was when a report came out the Buford was oversees watching Samanic play in a game. I’ll just have to trust PATFO on this one. I would prefer that he be drafted at 29 instead of 19, but if he is our guy then why wait?

I remember him being much higher on draft boards early in the season, but a lot of that momentum seems to have been lost as time progressed. He’s now firmly in the late first round range with the distinct possibility that he will be available to the Spurs at 29th.

There are very few on this list who I would love at 19th, but players such as Bol, Porter Jr., both Johnson players, and Thybulle have almost no shot at being available to the Spurs at 29th. If one of them are high on their board, they may have to reach someone at 19th in order to get their guy.

Personally, I’d go wing at 19th and best big available at 29th. With that in mind, here’s my ordering of the players on this list:

The final part in this series will go over those players who should be available to the Spurs at 29. Of course there’s always surprises during the draft, so there’s a good chance that one of the players already mentioned in previous articles will still be available. My breakdown of the players was mostly arbitrary to keep from overwhelming people with a 10000 word article.

Potential draft targets that could be available to the Spurs with the 19th pick
Source: Pounding The Rock