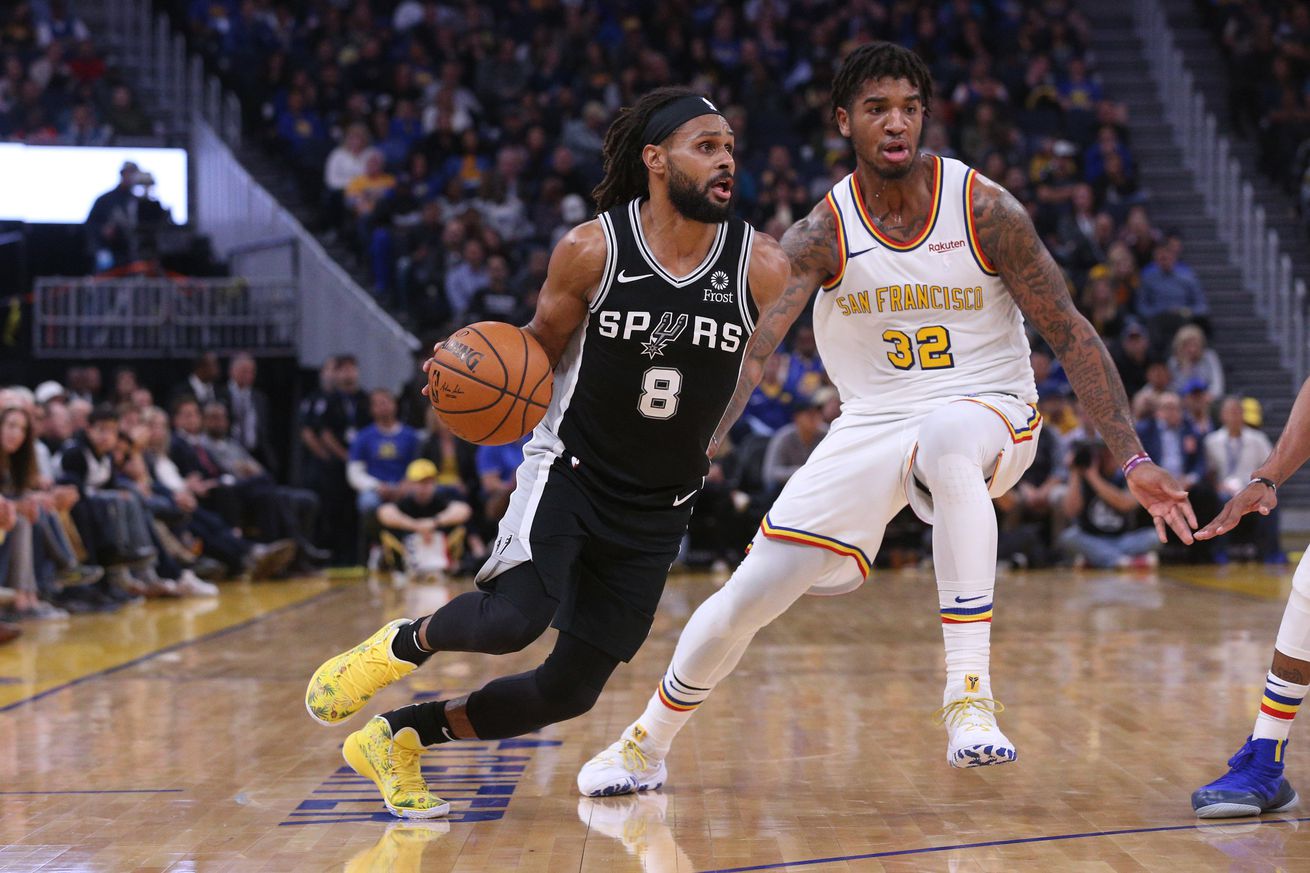 The Spurs pull away in the second half on the backs of a fantastic effort from the bench.

The current rotation for the Golden StateSan Francisco Warriors is a real who’s who of…who? With injuries to Steph Curry, Klay Thompson, and Kevon Looney, not much remains of the Warriors dynasty. I don’t feel bad for them though. Not in the slightest. Curry will be out at least three months and Thompson for the rest of the season, opening up ample opportunities for their youngsters to get playing time in preparation for the future.

I laugh when I hear people speak of the Warriors tanking. Have they looked at who’s on the court? Just because a team is losing doesn’t mean they are tanking. They are simply devoid of talent right now. The Warriors will bounce back though. Curry and Thompson will return at some point and they will likely be gifted with a top 10 draft pick in the upcoming draft. Did I mention that I don’t feel bad for them whatsoever?

But I digress. The Spurs did what they were supposed to do tonight, though the game certainly wasn’t without its share of frustrations. Last season the Spurs had one of the worst starting lineups in terms of net rating out of all the teams that made the playoffs and this season hasn’t been any better. Coming into tonight’s game, the foursome of LaMarcus Aldridge, DeMar DeRozan, Trey Lyles, and Bryn Forbes had a net rating of -7.5 in a team-leading 62 minutes of court time together. That’s the worst rating out of all the Spurs’ 4 person lineups that have played at least 12 minutes together.

The starting lineup once again came out cold, falling behind 11-17 before the bench unit came in and saved the day. Tell me if you’ve heard that one before. The bench ended up outscoring the starters 68 to 59, and very little of that had to do with garbage time points. DeRozan typically gets a lot of burn with the bench unit, but the other starters had a negative net rating until late into the 4th quarter. That’s not good against a Warriors team missing the majority of its firepower.

The talent disparity eventually proved too much for the Warriors to overcome, and the Spurs enjoyed their first double-digit win of the season. The Spurs are now 4-1 on the season and sit atop the Western Conference standings.

The Spurs come back home to play LeBron’s Los Angeles Lakers on Sunday. It will be a battle of 4-1 teams, and will also give us a chance to see Danny Green again. Speaking of Green, he hit a game-tying buzzer beater against the Dallas Mavericks to force that game into overtime. The Lakers eventually won the game, so Green might be feeling himself a little bit on Sunday.