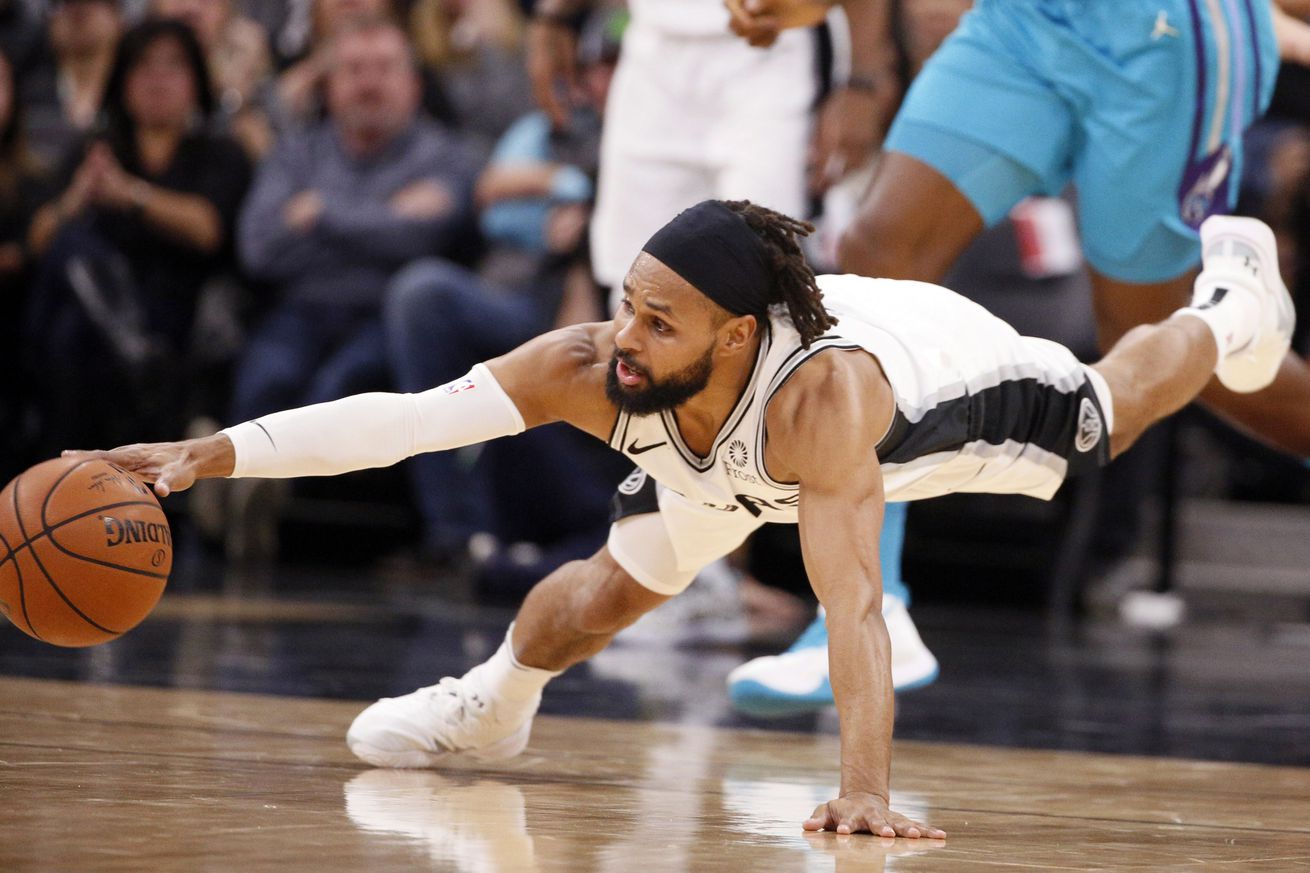 Next up in our Spursiest series: Patty Mills’ hustle.

We are continuing our countdown of the top 9 most Spursiest moves and skills of all time. If you haven’t already, check out the intro to see what it’s all about, as well as a bonus honorable mention, but simply put these are the grittiest, most overlooked, and most singularly unflashy moves in the San Antonio Canon.

First up in the official countdown is a player who defines what it means to be a Spur in every way imaginable. He’s a leader, has the perfect attitude, and never takes a second off. Coming at number 9 we have:

Patrick Mills has often been a magnet for criticism during his time here in San Antonio, and it’s not hard to see why. He’s undersized for the position he plays (even more so for the position he should play), has significant athletic limitations, and is a perpetual defensive liability. Unlike many of the Spurs key role players, his value wasn’t readily apparent when he first arrived, and his current contract has only made him more of a target for his detractors, especially by those that see him as a one-trick-pony. To do so however, is to ignore Mills’ most important skill as a player: he rarely (if ever) stops moving.

Once a pudgy afterthought, Patty made an enormous leap in his level of physical fitness in 2013, and not unrelatedly, so did the Spurs offense. From 2013-2017 San Antonio’s offensive rating rose by eleven points or more when he took the floor, and the improved fluidity on that end of the floor was and still is readily apparent. It’s easy to chalk this up to a quick trigger and an even quicker quick shooting stroke, but it’s his physical commitment and endurance that allow Mills to rove endlessly about the half court, exhausting his defenders while searching for the narrow opening that will allow him to heft a shot.

And while the impact of those lightning fast three-balls is hard to ignore, subtract this one trait, and Patty never would have left the pine, become one of the most important second-unit guards in the league, as well as a vital contributor to one of the greatest NBA championship teams in league history.