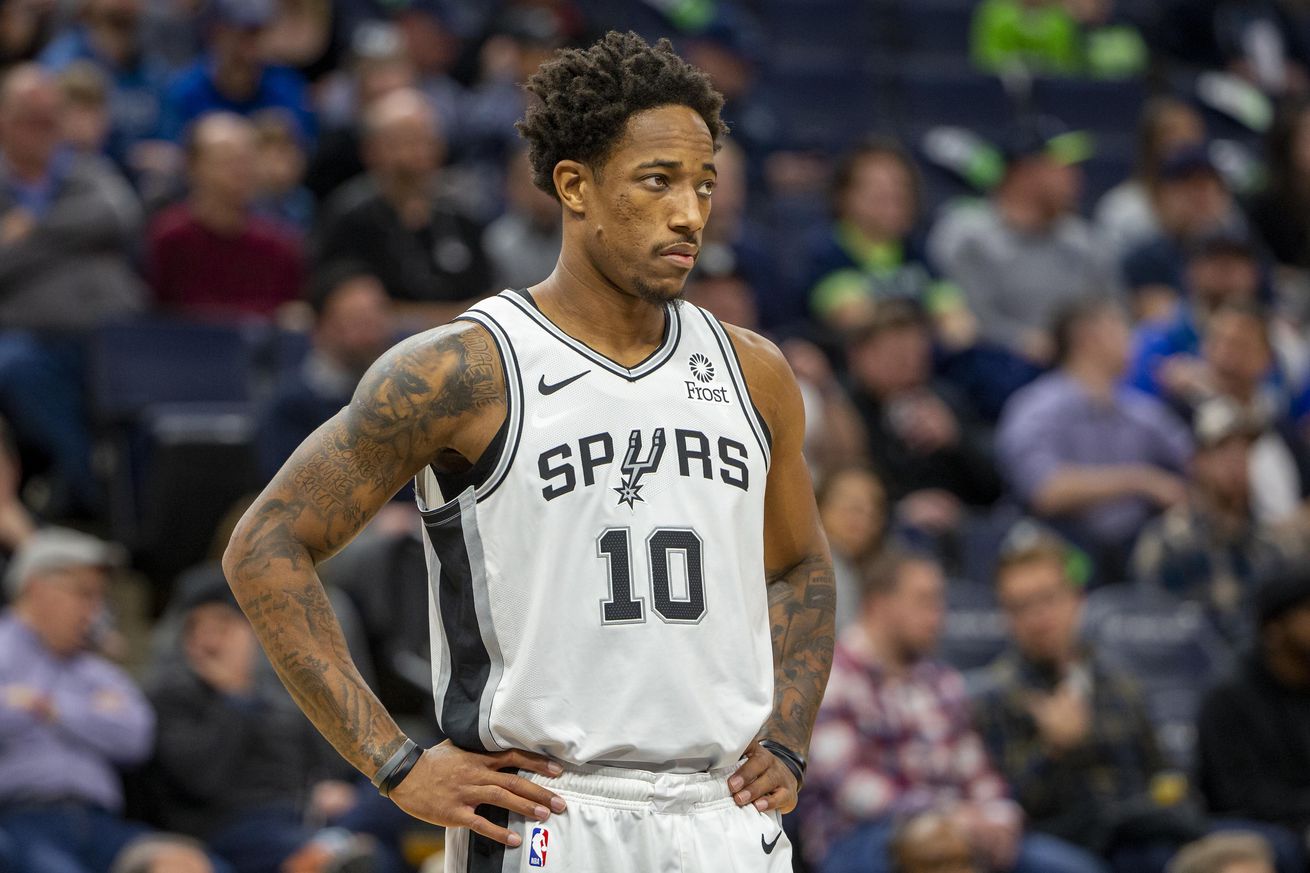 There’s some perspective for it, but it may not make anyone comfortable with the situation.

The Spurs lost Wednesday night in Minnesota, giving them a record of 5-6. This is their first losing record since about this time last season when they lost by one point to the Memphis Grizzlies which began a period of 3 weeks at under .500. As is the custom, the good guys pushed through, eventually winning 34 of the final 54. They ended their season 7th seed in the Western Conference and entered the playoffs for the 22nd consecutive season.

Before that, the Spurs hadn’t held a losing record since October 25, 2015 when they lost their season opener to the Oklahoma City Thunder and kicked off the season 0-1.

Today is only the 70th day SINCE 1997 that the Spurs have had a losing record. That’s right. In over 22 Gregg Popovich seasons, the Spurs have been on the losing side of life for a grand total of 10 non-consecutive weeks.

That’s the silver lining, but here’s the cloud. This is the post-Big 3 era. All guarantees of greatness are retired. It’s up to a new generation of up-and-comers to partner with the Spurs current starting All-Stars to maintain that consistency that is the pride of San Antonio.

And right now, streamlining the concerns don’t look to be a quick fix.

For starters, LaMarcus Aldridge does not seem to be himself. He has the appearance of a man fighting an injury or illness unbeknownst to himself or those around him. The quickest stat line to a Spurs loss is his scoring – 25 points per game in wins vs. 12 points per game in losses. But as was pointed out in the Superfluous Poppycock podcast earlier this week, LaMarcus is fourth on the Spurs roster in terms of rebounding.

The Spurs’ other starting All-Star, DeMar DeRozan is averaging just over 20 points per game, but what is concerning is that his turnovers are up. He also isn’t closing games the way he did at the start of last season when he had those plays where he held the ball until he realized he’s trapped and then dumped it off, forcing a teammate to shoot a buzzer-beater.

Sprinkle in a shooting slump from a defensively-porous Marco Belinelli and you have a formula for doubt and despair.

Take heed, Pounders, certainly Dejounte Murray will continue to heal, progress, and take his rightful spot as the next Spurs superstar. Add the consistency of Derrick White’s high basketball IQ and calm, cool ball-handling, and the Spurs can definitely turn this losing streak around and once again leave a rough start to a season in the rear view.

The question is – when will that happen? Just how many more games will it take to reshape the flaws in the team’s game? This below .500 life is not for the faint of heart.

Rest assured, with 900 days separating the Spurs and the “next best” team, we have been spoiled. And most assuredly will continue to be.

So put on your special Spurs socks, layer those Silver & Black tees with hoodies and stocking caps and cheer on the best team in the NBA as they face the Orlando Magic tonight on the first game of a back-to-back.