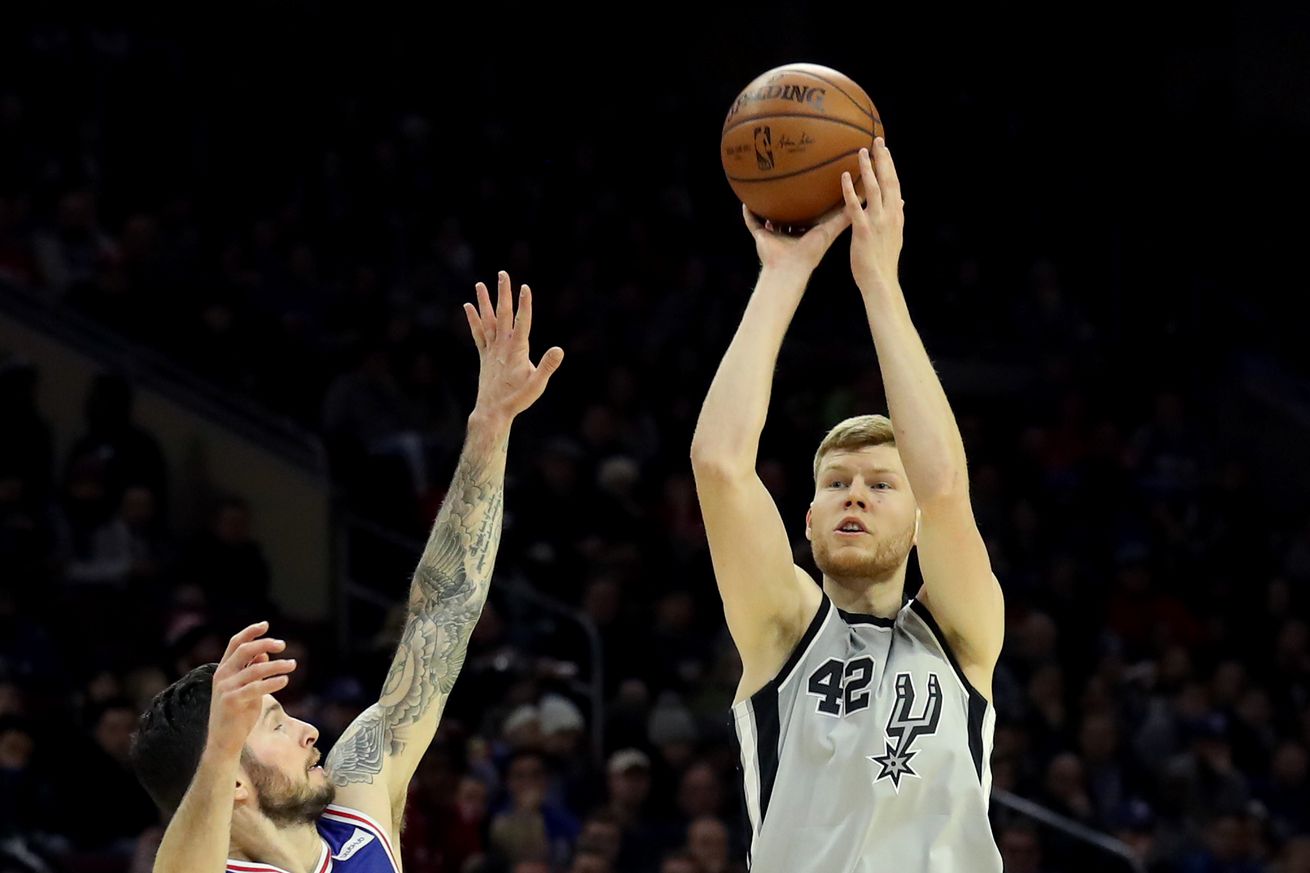 Mills, Bertans and Forbes combined to do something no bench trio has ever done before.

Three times this season Patty Mills, Davis Bertans and Marco Belinelli have all made 3+ three-pointers off the bench in the same game.

Mills/Bertans/Belinelli are the first trio in NBA history to have three games all hitting 3+ treys as reserves.

Marco Belinelli, Patty Mills, and Davis Bertans have been lighting it up beyond the arc and keeping the Spurs on top of opposing teams while the starters are resting.

Last Tuesday the trio would have racked up their 4th outing where they all hit at least three 3-pointers, but Davis Bertans started, so that seemingly random statistic will have to wait for another game. Perhaps tonight against the Brooklyn Nets?

Our community guidelines apply which should remind everyone to be cool, avoid personal attacks, do not troll and watch the language