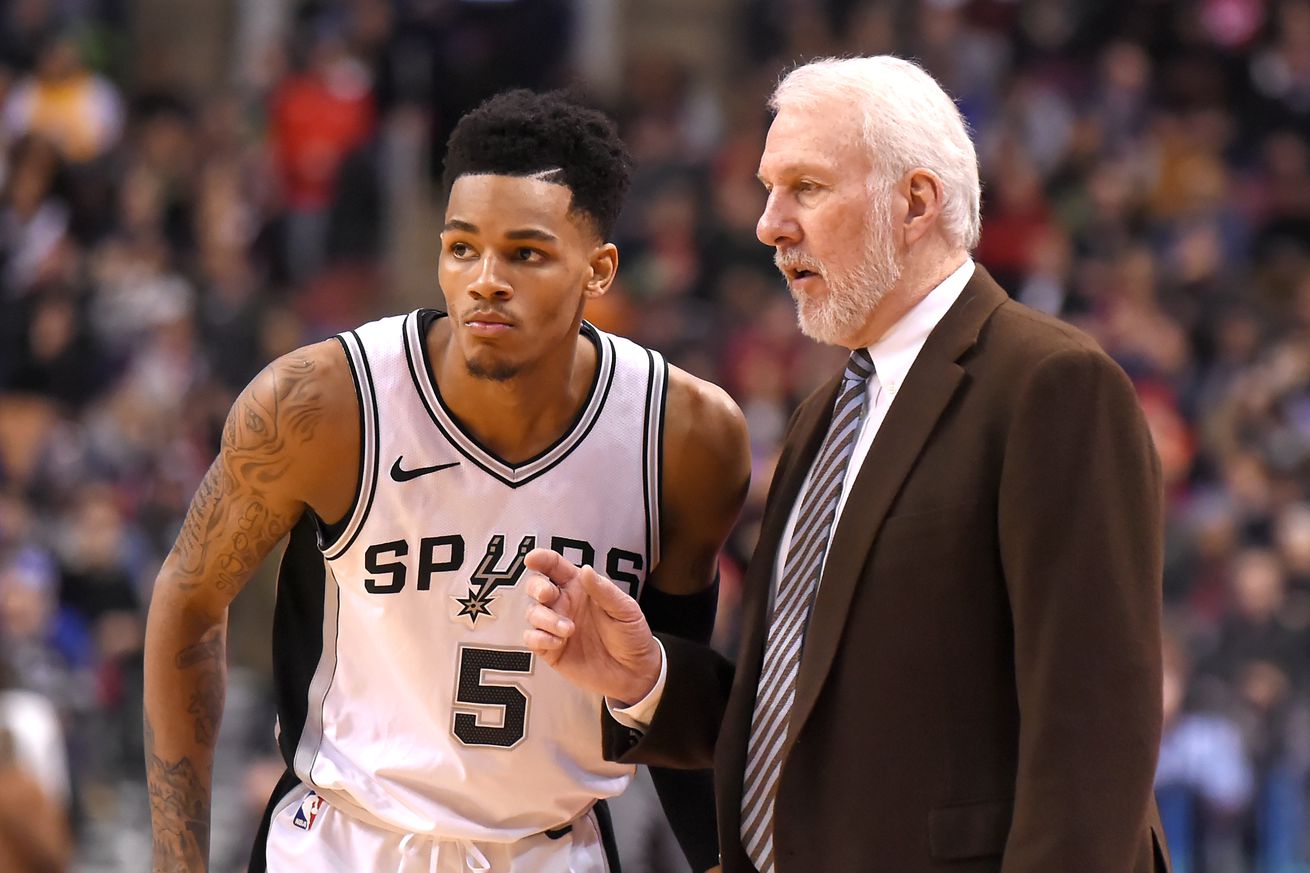 If they can’t reconnect with their superstar, PATFO could consider blowing things up.

It could happen because Gregg Popovich is at heart, a teacher, an old school purist who enjoys teaching men how to play the game the right way, the Spurs way, to respect the game itself, to respect teammates and opponents. Popovich is a brilliant ‘x and o’s’ man, but at his core, he is a teacher.

It could happen because Leonard (or rather, his proxies), have made it very clear: the silent, enigmatic superstar wants out, and there is no turning back. The relationship is irreparable.

It could happen because the Spurs as an organization must look to the future. Many believe Popovich will retire after this season to prepare for his grand finale: Coaching the U.S. Men’s National Basketball Team in the 2020 Olympics.

And, as reports indicate, it could happen because R.C. Buford leaves to be the GM of the 76’ers (or some other organization). San Antonio has the appearance of a team that is preparing for major transitions.

Still, the Spurs are about to enter a season of unprecedented change, at least in the Pop and Buford era. From the Front Office to the coaches’ seats to the hardwood. Change is coming.

It could happen because Buford and Popovich have always been forward thinking when it comes to the future of the team. They have continually walked a fine line, building teams to contend in the present and at the same time, being in a position to build for the future. They were never the type to mortgage the future for the possibility of short run in the present.

It could happen because it’s finally time to focus mostly on the future.

It could happen if the Spurs determine that this year, the best they can do is form a team that might compete for a playoff spot. Last year was a foretaste of what a Spurs team looks like if it is LaMarcus and a collection of young and old role players: without a true second All-Star to share the load.

It could happen because of the young talent represented by Lonnie Walker and Dejounte Murray and Derrick White and Chimezie Metu and Davis Bertans (if indeed he has and is signing with the Spurs) and perhaps Jaron Blossomgame .

It could happen because of whoever it is that’s acquired through a potential Kawhi Leonard trade.

‘It,’ is the ‘nuclear option’ — in which the Spurs hang on to their young players, keep a few veterans who buy into the Spurs culture and system, but basically trade everyone else, from Kawhi to LaMarcus himself—blowing up the Spurs as we have known them to build for the future.

It would be embracing a full on rebuild, and, if it gets to that point, it might actually be a good thing.

How would such a scenario unfold? It would look something like this:

With Leonard gone and a few more young players on the way along with future picks and the young players already under contract, the Spurs embrace the rebuild. The Spurs, realizing Aldridge’s trade value will never be higher than it is right now, shop the former Longhorn. Like Leonard, they won’t get four quarters for a dollar, but they might well get a promising younger player or two and a future pick.

Aldridge came here, ostensibly, to play for a championship, not to be a volume scorer on a .500 team. Trading Aldridge along with Kawhi would definitely lead the Spurs into full blown rebuilding, but it would also profoundly shorten the rebuilding process.

The Spurs could enter a rebuilding phase with a lot of young guys with potential and future picks to play with. The team would belong to Dejounte Murray, Derrick White and Lonnie Walker. It’s easy imagine a worse scenario for entering a rebuild.

From there, things would get very interesting: Danny and/or Patty and Gasol could all be on the table. If the Spurs are going to fast track the development of young players and the rebuilding process, the kids would have to get the bulk of the playing time. Depending on just how willing Pop is to deal with the losses and head scratching moments that come with playing a lot of young guys, the Spurs could keep a few veterans around for stability purposes or have a fire sale with some of the vets to basically emulate what Boston did in their rebuilding process.

Who knows, such a thing might well be refreshing and energizing to Popovich in his final years of coaching. These are interesting times. At this point, nothing should surprise Spurs fans.