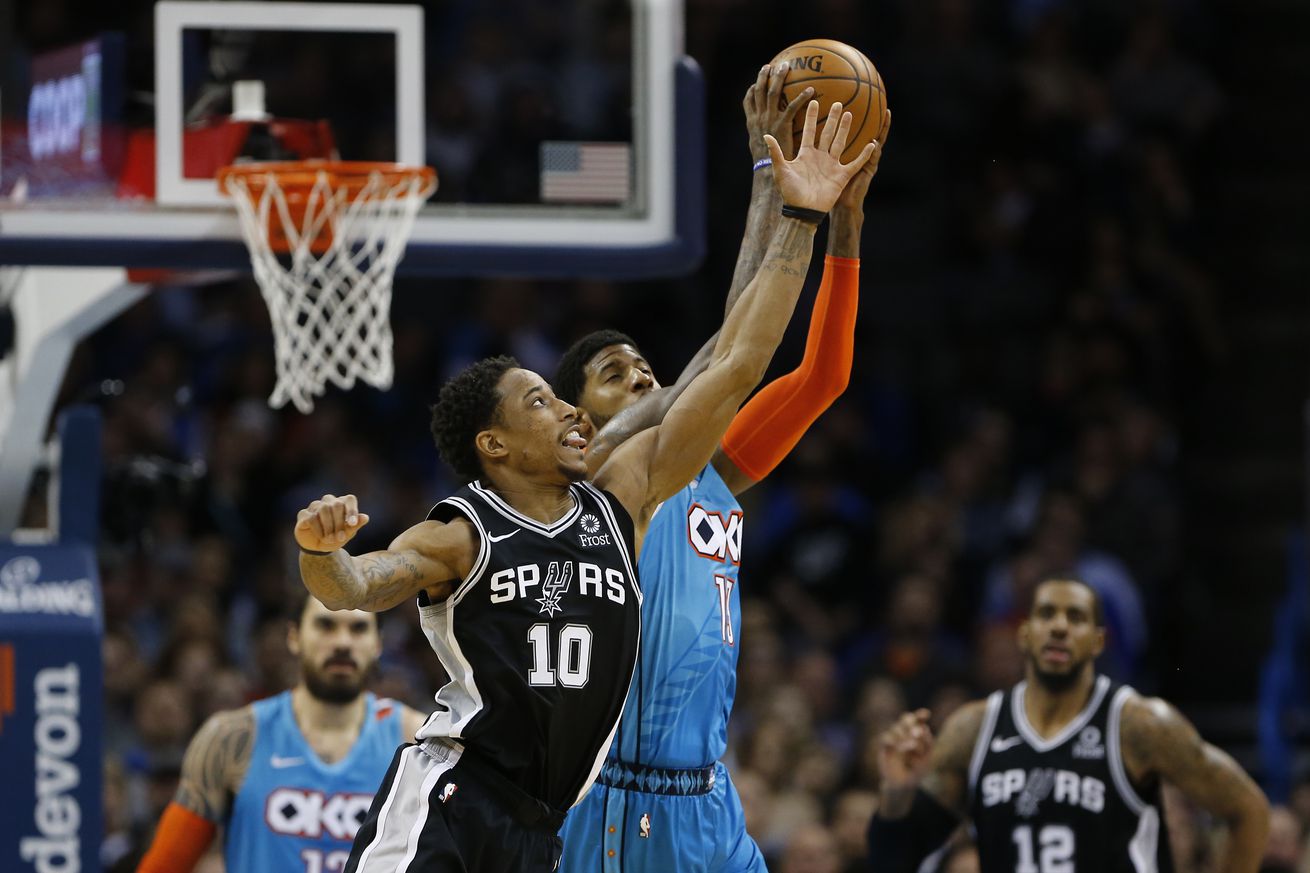 Take the poll on how #10 will fare when he suits up tonight against the Charlotte Hornets.

This season, DeMar DeRozan has logged only 10 games where his shooting percentage dipped below 40%. Five of those have been over the last seven games. And the last three have been abysmal, his lowest post this season of 26.7% with a 33% from the free throw line in the game against Memphis. But it isn’t just his shooting.

In this trio of lows he’s averaged 4 turnovers a game. Not a good run for the star of the San Antonio Spurs. He’s had an incredible start to what was once a question mark of a season. DeRozan has taken what many predicted a “tank” year and done his part to craft a potential contender. His leadership has invigorated both Spurs players and fans alike.

In 17 of the first 25 games leading up to December 7th, DeMar DeRozan lead the Spurs in scoring. In the last 19 games since the Spurs began their impressive run on the December home stand, DeMar has been the scoring leader in only 5 of those games (26.3%).

While he is leading less statistically in scoring the Spurs are thriving. Perhaps he can let the reins loose a bit as LaMarcus Aldridge reclaims his dominance and Derrick White inserts his will into the NBA. Bryn Forbes has thrived as a starter and certainly benefitted from DeRozan’s ability to pull defenders in the midrange.

It’s fair at this point to ask if perhaps the Spurs have asked too much of the former Raptor. At the top of the season, he was clocking some of the highest minutes in the league. At the halfway point, he looks gassed.

The question is whether this is a slump or not. And if so, just how long will it go on?

So I bring it to you, dear Pounders. Which DeMar DeRozan will show up tonight?