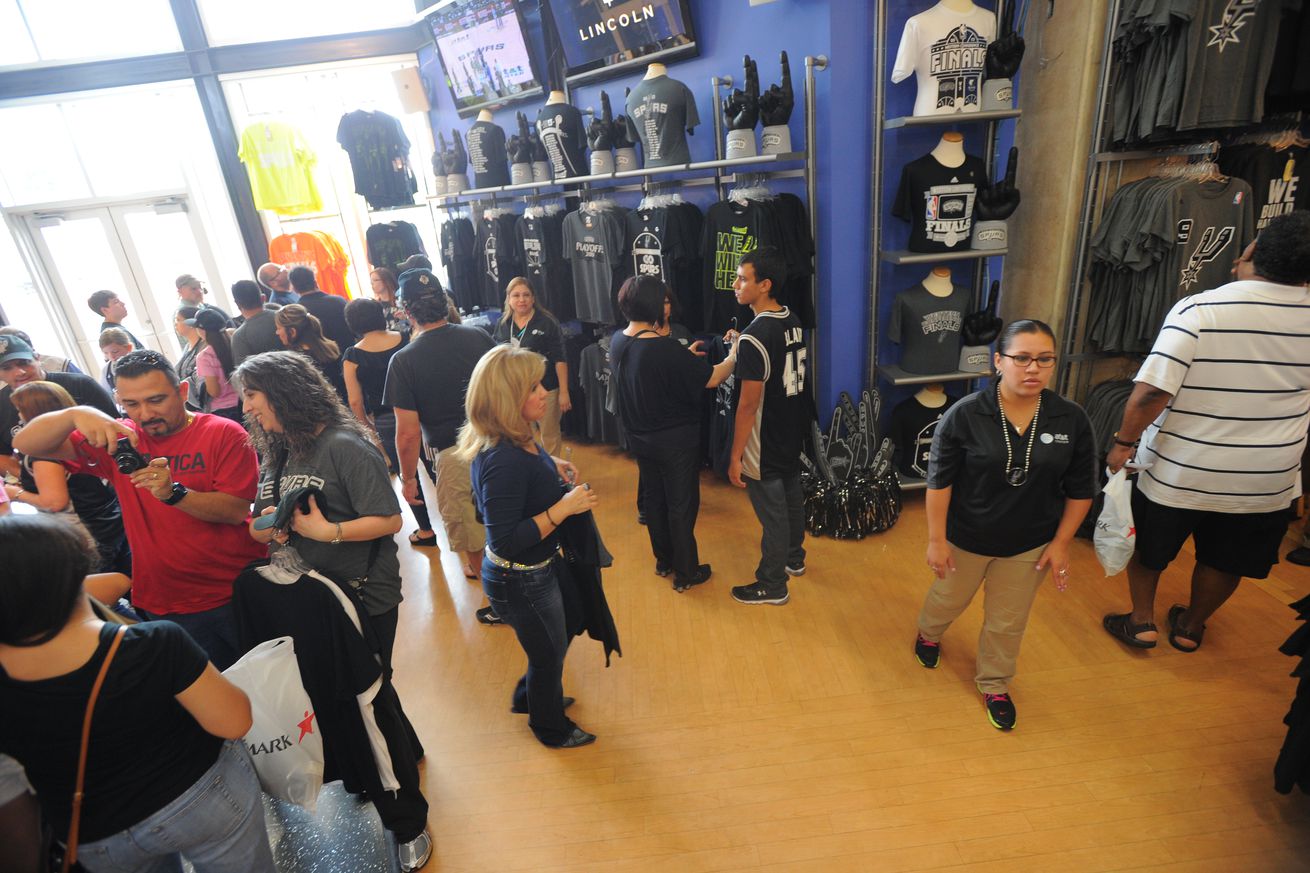 Flying in for the Spurs game? Hey, some people do it. Manu’s final seasons saw droves of flights full of fans from Buenos Aires hoping to catch their hero one last time. Last season, one of our own Pounders, Tanner Bowen (no relation), made a family trip out here to catch three games in one week.

Well, if you don’t live in San Antonio but are making your way to town to watch the Silver & Black, you won’t have to wait until you arrive at the AT&T Center to get decked out for the Spurs game.

Spurs Sports & Entertainment today announced that the organization will open a Spurs Fan Shop location inside Terminal A at the San Antonio International Airport (SAT) on Friday, Dec. 6. The store, which will be operated by Paradies Lagardère, is part of a new phase of updates to airport.

The SAT Spurs Fan Shop, located nearest the Aeroméxico and Interjet gates in Terminal A, will feature official gear from the San Antonio-based SS&E family of teams – the San Antonio Spurs, the San Antonio Rampage, and San Antonio FC. The store will be open daily from 6 a.m. to 10 p.m.

One does not necessarily have to be on an inbound flight to enjoy the shopping experience. You never know, it might just be easier that fighting traffic to La Cantera.