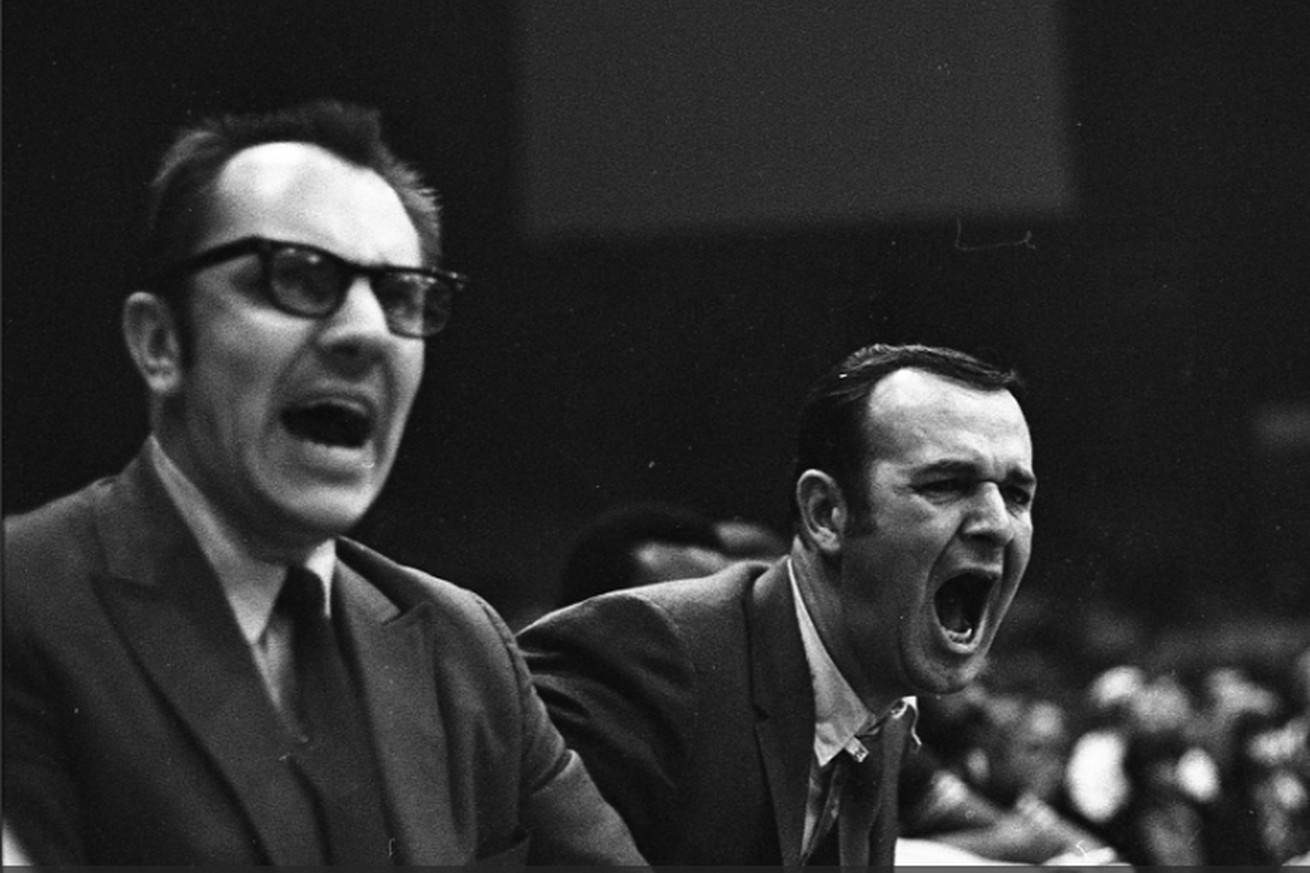 There’s fans of the Spurs and then there are Spurs fans. Not everyone will know the name of Bernie LaReau, but if you do, then you wear a special badge for knowing your Spurs history.

LaReau was the first athletic trainer for the newly christened Spurs when they arrived in 1973. He was with the team until 1981.

“Bernie was a players’ trainer. I know it was his job to look out for us, but he was also a friend off the court. He looked out for the guys big time. We were close and had a lot of fun together.” –Mike Gale, Spurs point guard 1975-81

Born in San Antonio on February 26, 1937. Bernard E. LaReau attended Saint Anne High School followed by Saint Joseph’s College, graduating with a Bachelor of Science in 1961. From 1958 until his retirement forty-six years later, Bernie worked in sports, predominantly as an athletic trainer.

He started with the Chicago Bears for whom he’d interned and then joined the Indiana Pacers until finding his way back to San Antonio for the Spurs inaugural season.

LaReau wore many hats during the early days of the Spurs organization, as Wayne Witt recalled to Mike Monroe,

“I went to work for (former Spurs owner) Angelo (Drossos) in May of 1974 and there were only four of us in the front office then. There was Bernie LaReau, the trainer/business manager/traveling secretary; John Begzos, the sales manager; Terry Stembridge, the broadcaster and radio-TV ad salesman; and me, the PR guy.”

His career continued in San Antonio at UTSA. During this time, LaReau served as the first President of AAATA and was a co-host of the 1985 NATA convention here in San Antonio. For his role, he was awarded the SWATA Eddie Wojecki Award.

In 1987, Bernie headed out west to work with the Los Angeles Clippers.

Beaverville native, St. Anne High School grad Bernie LaReau passed away at the age of 81 last week in San Antonio, Texas. Bernie served two stints as the head athletic trainer for the @ChicagoBears 1958-60 and 1970-73. He worked for Indiana @Pacers #SanAntonioSpurs …

Just heard from former #Spurs PR director Wayne Witt that Bernie LaReau, 81, died last Thursday. Bernie was the team’s first trainer, as well as biz manager and traveling secretary. Bernie had a great sense of humor, but, as Wayne said, he was also a “guy who got stuff done.”

LaReau and Witt were two SA legends. In the 70’s as kids, we would wait in the Convention Center Arena after a game and walk with the players out to their cars and just talk to them. https://t.co/MaaWosWscc

RIP Bernie LaReau, the first trainer for the @Pacers. He worked their first three seasons and then moved on to the Chicago Bears. Also worked for the @spurs from 1973-81. No doubt had some interesting times sitting next to Slick Leonard on the bench. pic.twitter.com/USmg0xmspu