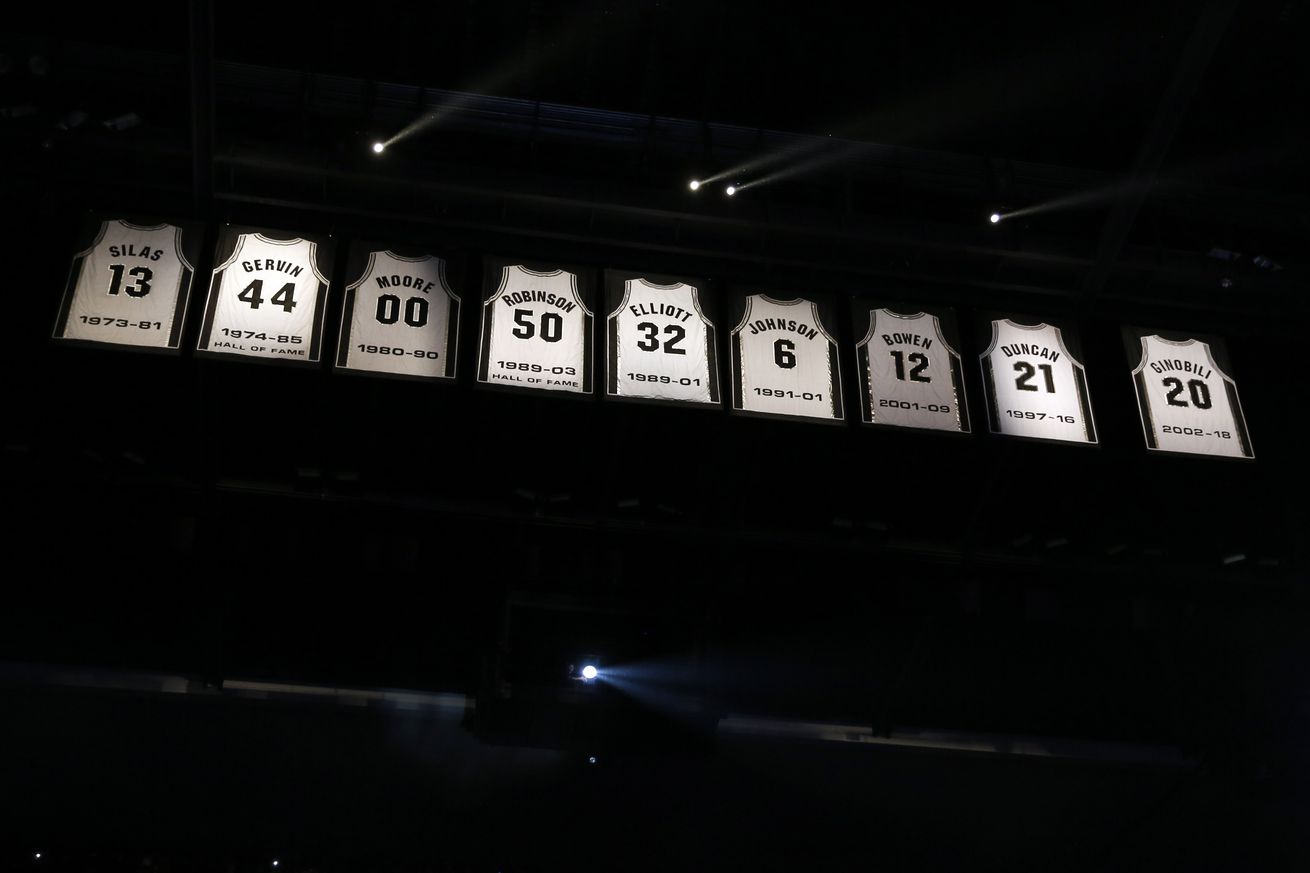 “I bleed silver and black.” “Really, you should probably see a doctor about that.”

This weekend while cooking in the sun at Austin City Limits waiting for Billie Eilish (the current favorite artist of my wife and my 13-year-old niece) I saw the usual multitude of NBA jerseys in the crowd. Even deep in the heart of Texas, Indiana Pacers, Houston Rockets, Vancouver Grizzlies, and the Golden State Warriors jerseys were plentiful.

Of course, I spotted a lot of Spurs jerseys as well. Seeing the variety of jerseys, especially out-of-state ones, made me wonder about the defining thing that makes us root for a certain team. I grew up a Dallas Cowboys and Texas Rangers fan because my dad likes the Cowboys, and he used to be a peanut thrower for the Rangers. It was natural (and geographically convenient) for our family to root for these teams because we lived in Dallas. But because my dad didn’t follow basketball and the Dallas Mavericks were an afterthought in the early 90s, I found my own team to root for in the San Antonio Spurs thanks to none other than the exemplary David Robinson. And so, I’ve been a fan since then.

Geography, family ties, and a favorite player are some of the more common reasons to proclaim loyalty to a certain team. I expect favorite color, favorite animal, or just vintage fashion (e.g., Vancouver Grizzlies) to be some of the more peculiar reasons. The real question is how deep do these loyalties lie? Is it organization deep, city dependent, player affiliated, or just mere laundry we’re screaming at on our television?

It was the Admiral who started me along the path of Spurs fandom. That admiration grew with the addition of Tim Duncan and the creation of the Twin Towers. My fandom was sustained by the Big Three and reached its peak with the Beautiful Game (I love you Boris Diaw!). The evolution of the team and the combination of players and style were the main reasons why I root for the good guys. Above all, the Spurs’ culture sets the standard of excellence, and reminds us that their winning ways go beyond the players and extend to the coaching staff and the front office.

This upcoming season I am particularly excited to see some of the young Spurs grow alongside the veterans who have kept the franchise in playoff contention. The return of my favorite player, Tim Duncan, to the bench as an assistant coach serves as a great bridge from the Spurs’ storied past to their bright future.

What say you, Pounders? What’s the defining reason or trait that makes you a Spurs fan? We’re interested in your ties to the San Antonio Spurs, and we’d like to hear from all you crazy coyotes.