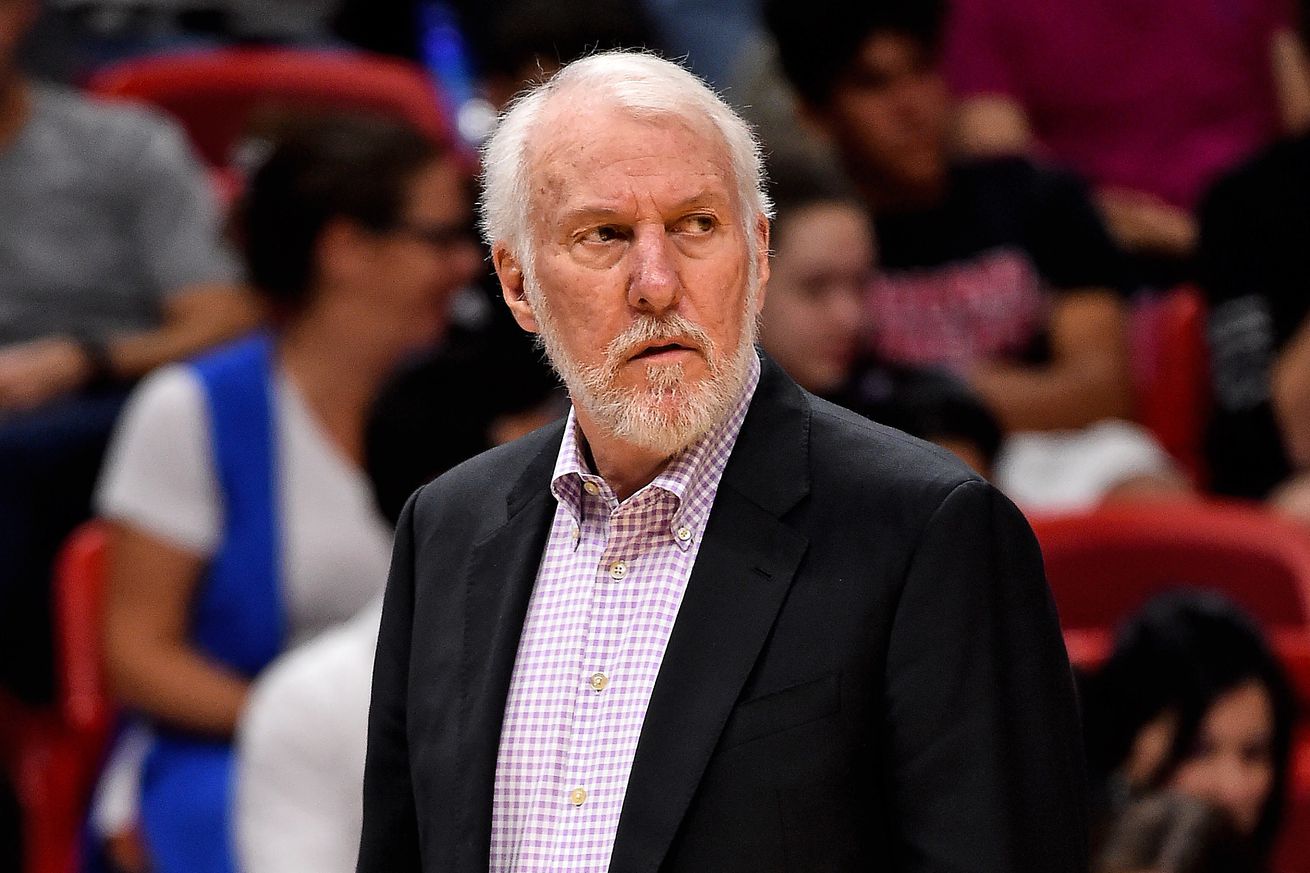 Pop is closing in on Pat Riley with victory over Mike D’Antoni at the AT&T Center Saturday night.

19 is the title of Adele’s debut album. The game Go is played on a square board with a grid that is 19X19. Stephen King’s The Dark Tower is told through nineteen volumes. The number 19 appears throughout the epic story and is significant to the storyline.

Fellow Pounders E. B. Cravens and Frank Sosa both pointed out that Pop and Tim Duncan spent 19 glorious seasons together. 1,001 of Pop’s regular season wins came through the effort of the greatest power forward of all time. It’s been called the greatest relationship in sports history.

And nineteen is the number of Saturday night’s win bringing Spurs’ Head Coach Gregg Popovich one step closer to catching Pat Riley and eventually Jerry Sloan. When the countdown ends, Pop will be the 3rd winningest coach in NBA history.

So let’s cheer on the Spurs as they head out on a three-game road trip.