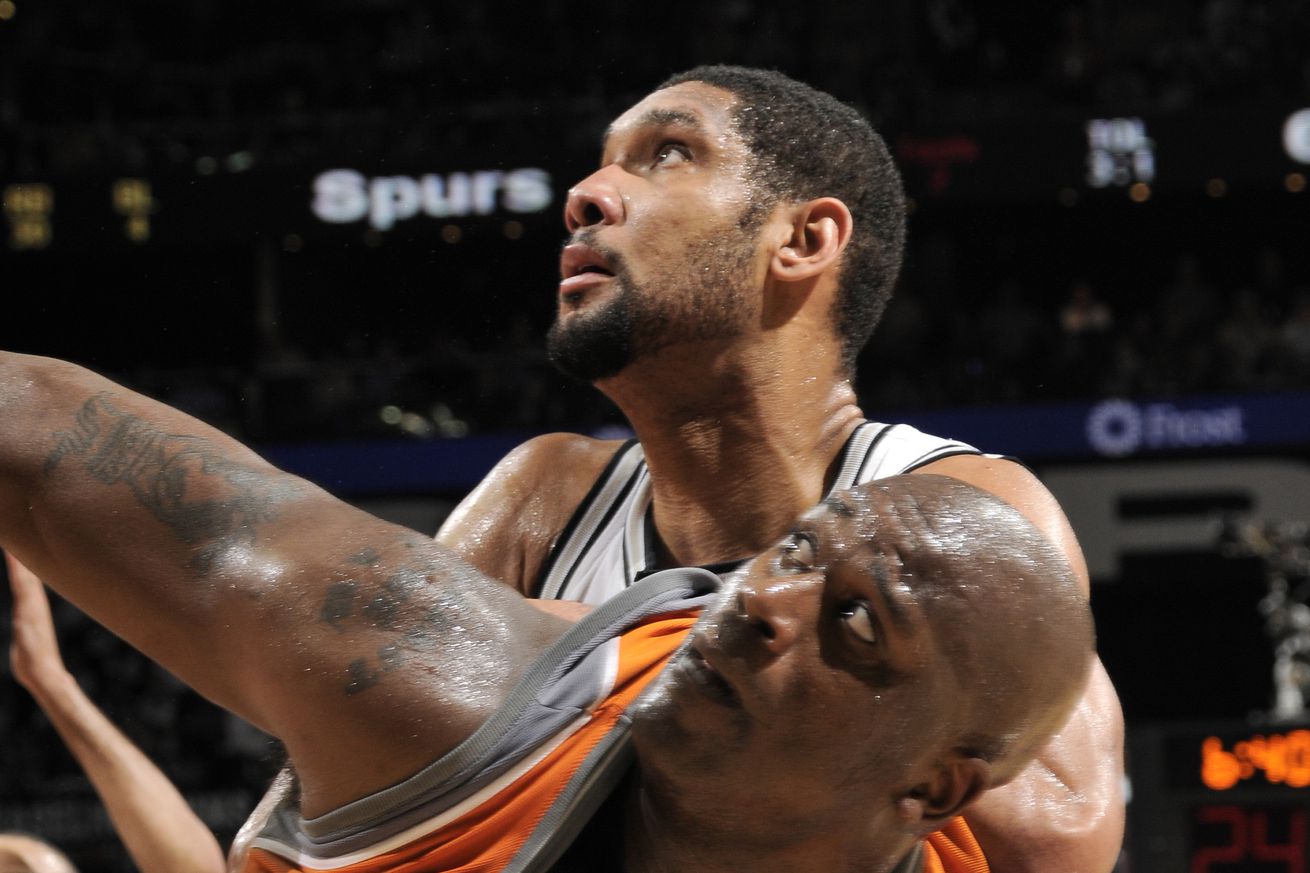 Between Summer League and preseason games, there is solace in the NBA TV series.

Every summer there is a lull between seasons. For this Spurs fan, once the Spurs are out of the playoffs, postseason basketball watching is optional. From that moment until the draft, there is a bevy of information coming through mocks and speculation.

Then of course there is free agency fret with even more conjecture.

And that’s it until October. There will be training camp invitees, but the Spurs are full up on contracts, so these guests will be aiming for G-League affiliate at best.

The one small bridge each summer is NBA TV’s “Hardwood Classics” series. Over the last two weeks, I have recorded 17 Spurs games. Not all of these are wins for the Spurs, but each is a window into another time of the Spurs history.

Considering there is a six-year-old in my household who is soaking up Spurs nostalgia, these games have been leading to greater conversations.

Yesterday, I was watching Game 1 of the first round of the 2008 Playoffs between the Spurs and the Phoenix Suns.

First of all for you younger fans, 2008 was the second to last time the Suns appeared in the postseason. If your basketball viewing is limited to the era since 2010, the Suns have never been in the playoffs for you.

But these Suns were great. This was Mike D’Antoni’s fifth season as their head coach, and his last. The mustachioed one would meet Greg Popovich again in the playoffs a few years later as the head coach of the Houston Rockets. Spurs fans will remember this as the series where Manu Ginobili blocked James Harden from behind. But I digress…

These Suns had Shaquille O’Neal, Steve Nash, Amare Stoudemire, Raja Bell, and a young Boris Diaw. And a rivalry had brewed between Shaq and his hometown team. Prime Big 3 era basketball. Defending champs embarking on their quest for a back-to-back title run.

And of course there was this-

As my daughter passed through the room she started asking about the players. Specifically she wanted to know why I was watching an old game. Five minutes later she and I were glued to the screen. And the conversation hasn’t ended.

This is a real opportunity to walk her through the Spurs history and legitimately see the players in their prime.

Tonight, I think I’ll show her some vintage David Robinson.