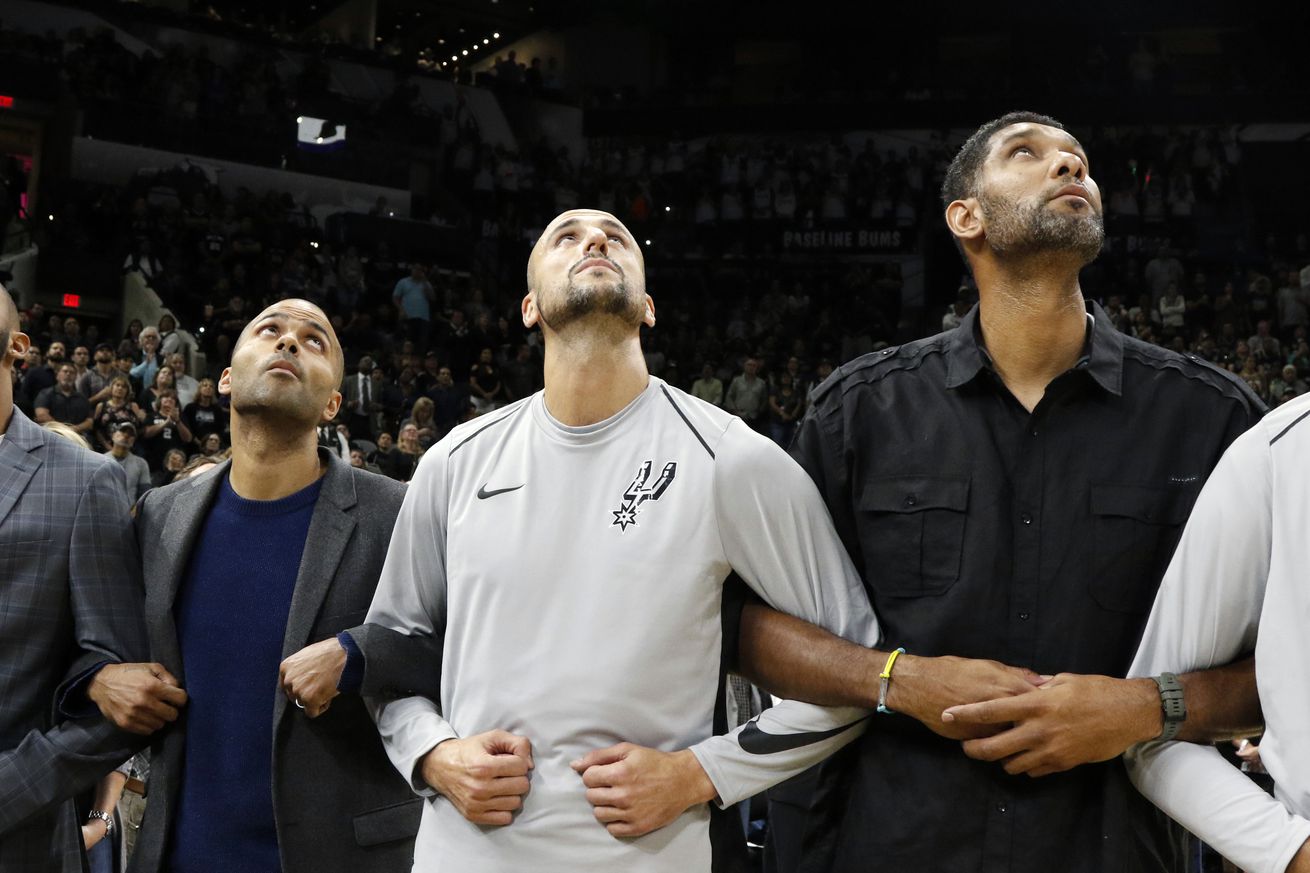 The fandom of a two-decades run is in the balance

Last year, I wrote about my journey as a Spurs fan, growing up in San Antonio and eventually moving to Los Angeles, getting lost in the glitz and glamour of the Phil Jackson led Lakers.

Lee Dresie recently published an excellent article in which he dissects San Antonio’s changing of the guard through the lens of a Greek paradox: “the connection to the Spurs could have resulted from the wonder of watching the incomparable Manu Ginobili, the dignity of David Robinson, or the remarkable fundamentals of the Great Tim Duncan”.

For me, I grew up in San Antonio, so being a Spurs fan was just a natural part of my childhood. I didn’t know that during most of the games I attended, the Spurs were in their darkest period.

The acquisition of David Robinson brought hope to The Alamo City. The Admiral’s class and gravitas only made the transition sweeter. For me, that worked for his first three or four seasons. Then my teenage years took over and I started to rebel. Believe it or not, the bridge of my angsty youth to the Spurs was Dennis Rodman. I don’t often mention the foolishness of my youth (just like I don’t take out the photos of my hairstyles from that era), but by the time I regained interest in basketball, the Spurs were my team and it was exactly for the reasons most fans became so passionate — great players, relationships, team loyalty, and a positive attitude from most of the roster. There is no denying the connection between the Spurs and the armed forces in Military City, U.S.A.

But like Dresie, I am holding on to the Spurs through this transition acknowledging the sum is greater than the parts.

I took my father-in-law to a Spurs game this season and he was taken aback by how many fans were dressed in Spurs gear. He then admitted it wasn’t just at the AT&T Center, but all over town (my own wardrobe has been a topic of teasing for my non-Spurs family members). I had to agree, Spurs fans show support in all facets of their lives.

Pounders, what is it that makes you a Spurs fan? Can you name the moment that it became less a hobby and more a lifestyle?