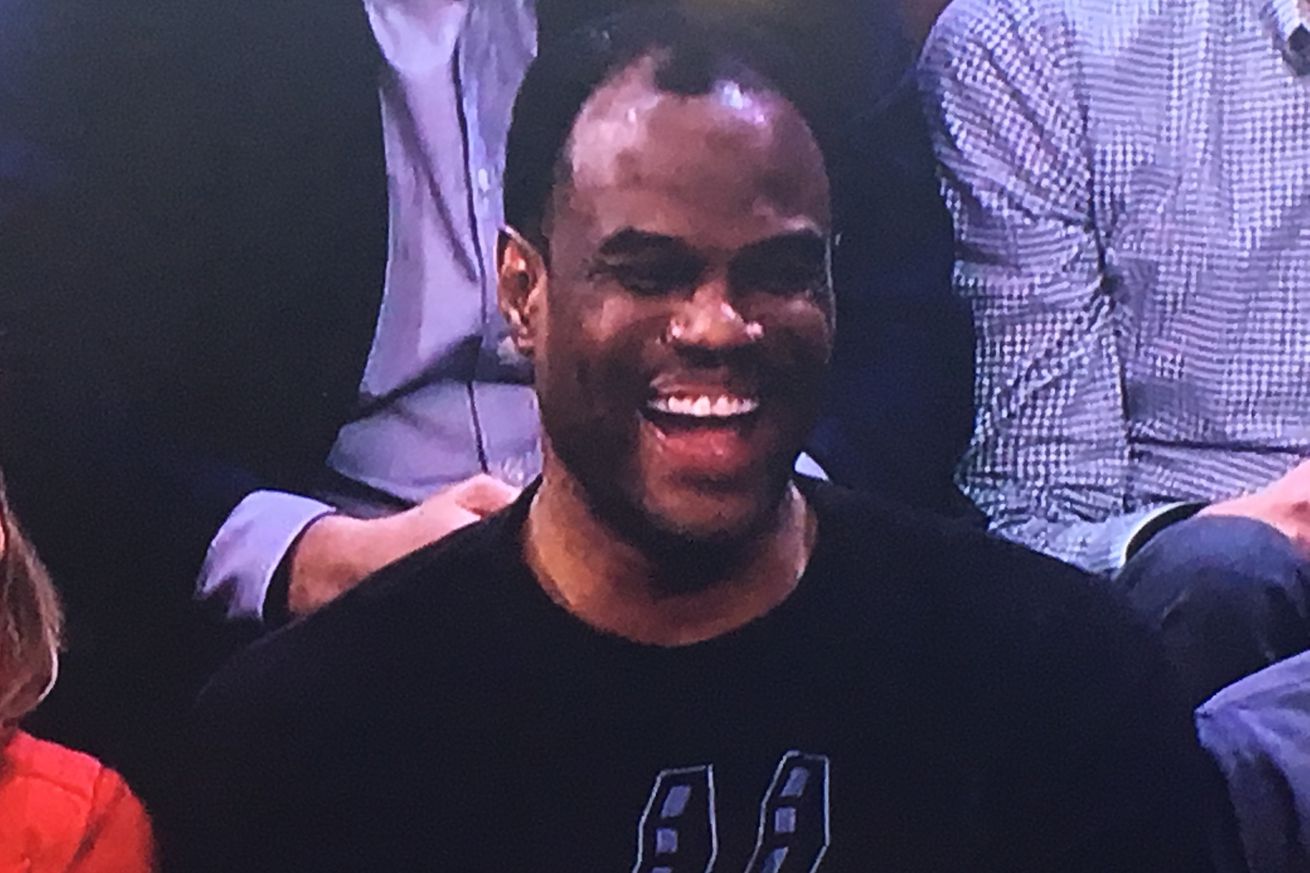 The Admiral made the trip out east

When I was watching Wednesday night’s telecast between the San Antonio Spurs and the Philadelphia 76ers, I heard Bill Land credit Sean Elliott and David Robinson with feeding him and the truck before the game, but I initially brushed it off as a “send off” dinner from San Antonio.

There was a confirmed citing, The Admiral was in the audience.

Lonnie Walker and Dejounte Murray…and David Robinson are on this road trip. Just saw him in the stands with his son.

And then, of course, the cameras proved he was there:

The Admiral @DavidtheAdmiral was in Philly last night! My goal is to one day be sitting next to him at a game…probably not HIS goal.@spurs @poundingtherock pic.twitter.com/7j83KFCWoa

Even in Philly, he’s a hit with the people in the audience.