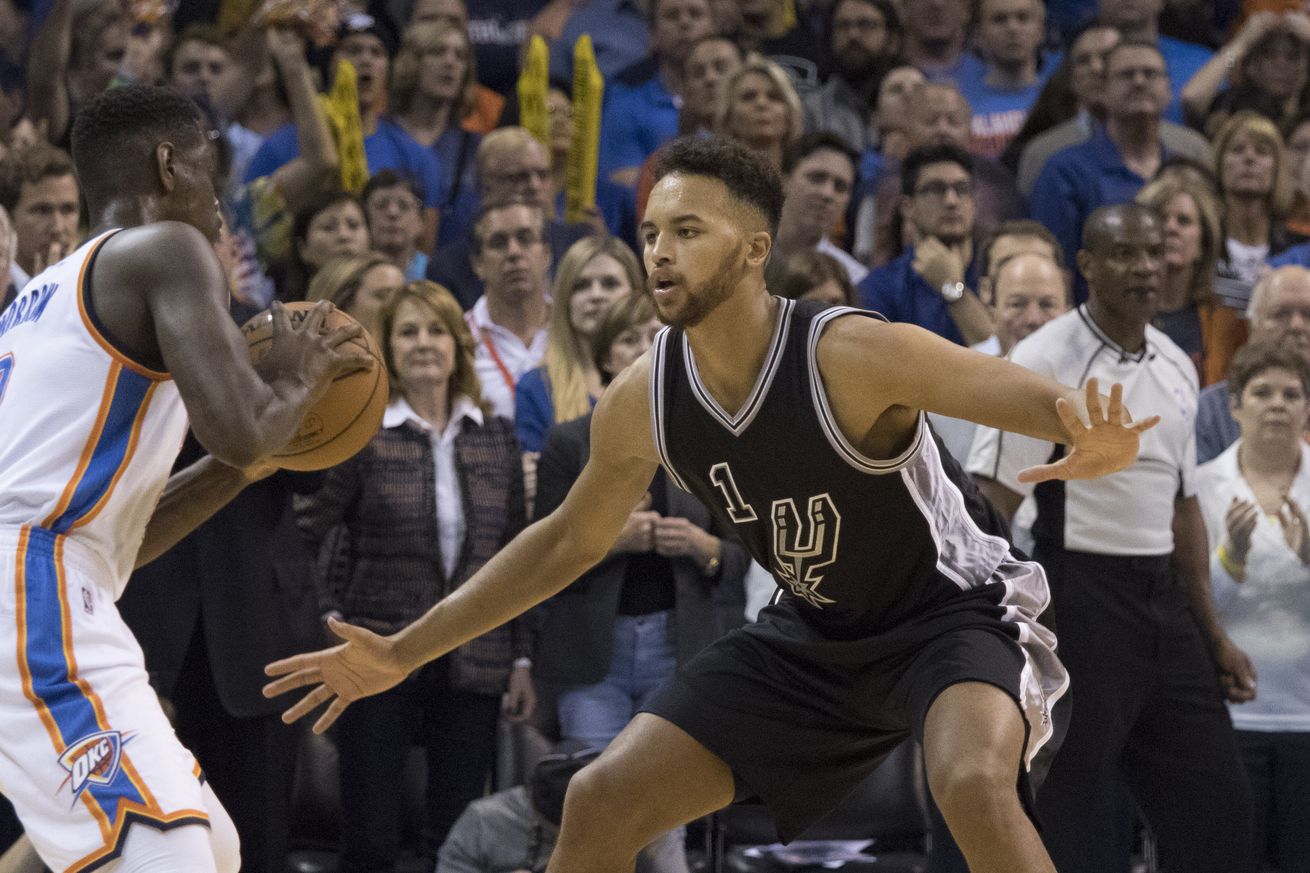 The only new player on a championship roster

Welcome to the daily Thread. During the month of June, we are talking NBA Draft. As we lead up to the 2018 NBA Draft on June 21st, we will be revisiting the Spurs draft choices. Today we remember the 2014 NBA Draft.

Talk about being the new guy. Everyone- EVERYONE- on your team is walking around with a new ring, the banner’s been hung, and folks are still reeling from generational player packing up his South Beach home and heading back to Cleveland with his tail between his legs.

While the entire basketball world waited with baited breathe in July to hear where LeBron James was going to play in 2014, the San Antonio Spurs had quietly re-signed every member of their championship squad. The only new addition, a UCLA Sophomore who was drafted at #30.

Kyle Anderson came in just as quietly and has continued to be an soft-spoken force for the Silver & Black. He spent most of this season starting in place of Kawhi Leonard, not a simple venture for any player in the NBA. But Anderson stayed true to his skill set and persevered. He is now facing restricted free agency and the rumor is that he will receive a qualifying offer from San Antonio, keeping him in a Spurs uniform.

In the second round of the draft, the Philadelphia 76ers chose Nemanja Dangubić in the 54th spot and traded him to San Antonio for the draft rights to 58th pick Jordan McRae and draft rights to 60th pick Cory Jefferson. Dangubić never suited up for the Spurs and has continued to play in Serbia.

The Spurs acquired the 58th pick that lead to McRae from New Orleans in exchange for Curtis Jerrells, an Austin Toros point guard.

Cory Jefferson, though drafted by the Spurs and traded to the 76ers, was again traded to the Brooklyn Nets, where he played 50 of his 58 NBA games. He has filtered through the D-League (even spent time with the Austin Spurs in 2016-17) before heading overseas. Jefferson is currently back in the G-League with the Texas Legends.