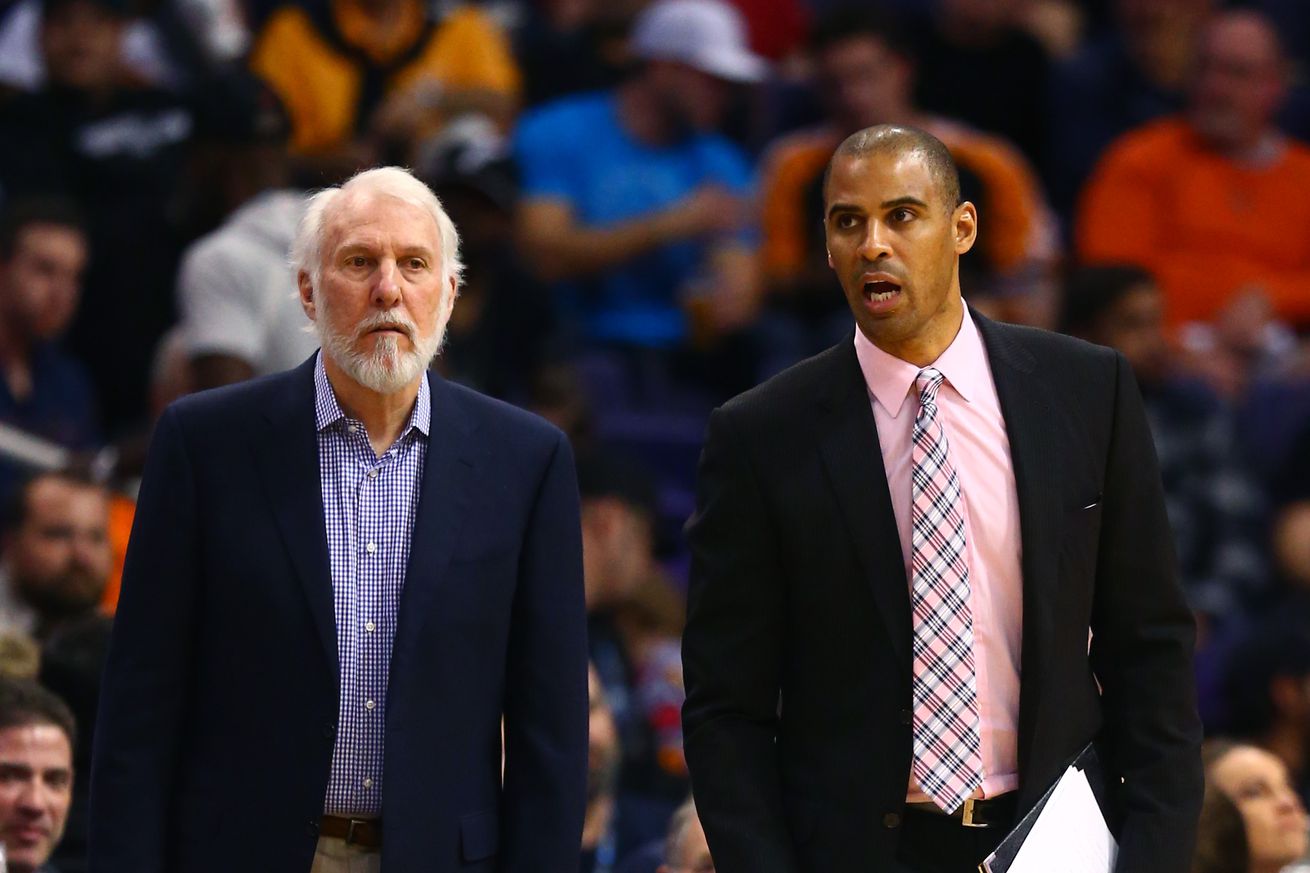 Gregg Popovich isn’t the only consistent presence on the sideline

So before tip off on October 17th, we’ll take a look back to determine where these champs are now.

The Spurs “shooting doctor” has been with the team since 2005 making him the longest tenured assistant coach currently with the Spurs. His ability to bring greatness out of players and enhance their game is renowned in the NBA. He is one of the most highly regarded professionals on the sidelines and the Spurs’ overall success can be attributed directly to Engelland’s involvement.

Forcier, like many Spurs assistant coaches, became a hot commodity after the last NBA Championship. He left his position in player development in San Antonio for an assistant position with the Orlando Magic in 2016 where he stayed for two seasons. He is now assistant head coach of the Memphis Grizzlies.

Like Engelland, Udoka is still with the Spurs, but not for lack of trying. Every summer, he is invited to multiple interviews. Ime played professionally from 2000 to 2012, including two stints in the Silver & Black from 2007-2009 and 2010-2011, wearing #5 between Robert Horry (2005, 2007) and Cory Joseph (2014). Although he did not hoist the Larry O’Brien as a player, he has been an integral part of the coaching staff for six seasons and counting.

As mentioned yesterday, Sean Marks is currently the General Manager of the Brooklyn Nets. Like Udoka, Marks also wore a Spurs jersey. In addition to his being an assistant coach during the 2014 title season, Sean won with the Spurs as a player in 2005.

Boylen has bee coaching since 1987. His run with the Spurs began at the top of the 2013-14 Championship season. he stayed one season longer before moving to Chicago to take the position of associate head coach.

Next time: THE GUYS WHO PLAYED BUT DIDN’T STAY