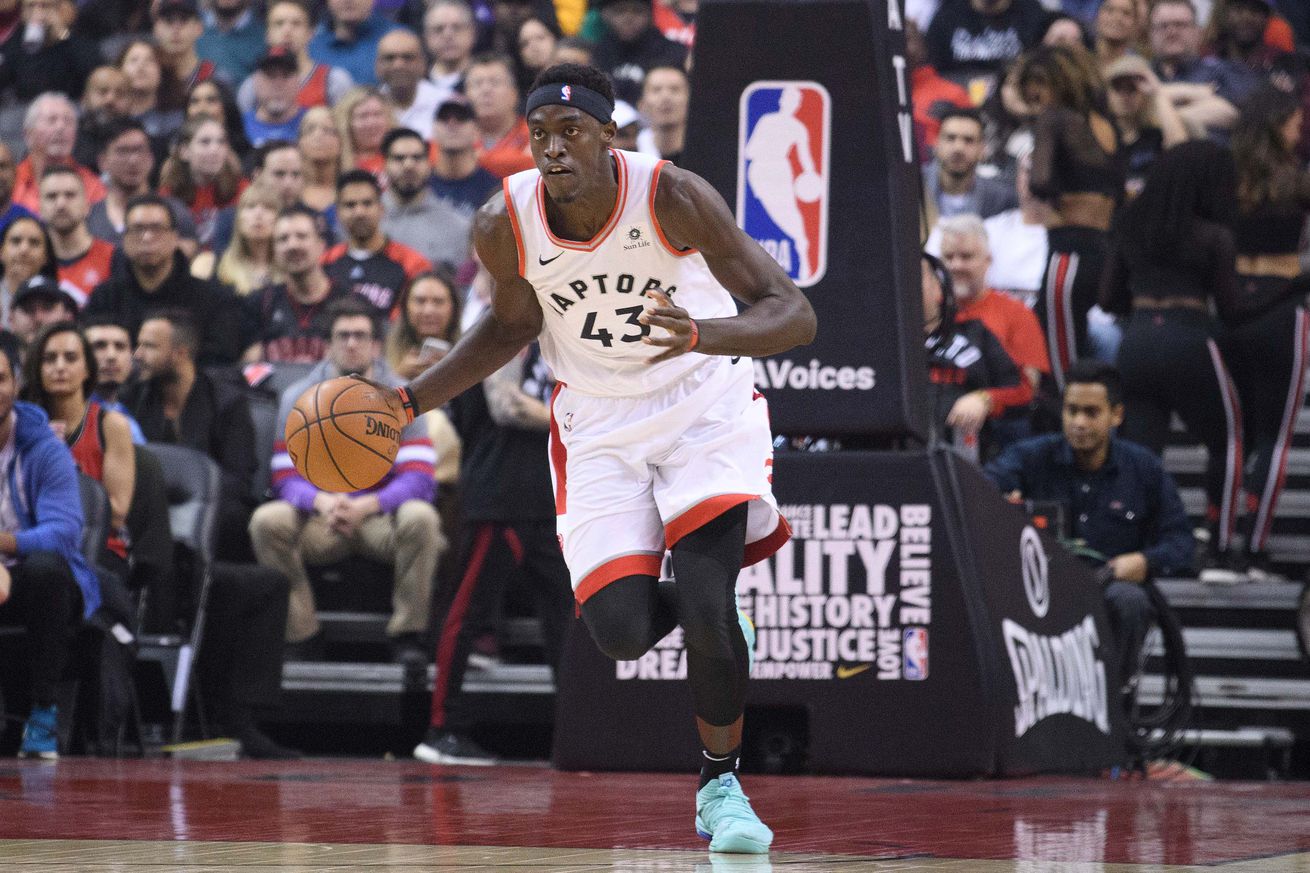 The Raptors never made him available, according to reports, which should have been obvious to anyone paying attention.

If you are as masochistic as me, you probably did a search for “Spurs + Siakam” after The Raptors’ forward went off in Game 1 of the Finals. I’ve seen comments about how the Spurs failed to even get the league’s likely recipient of the Most Improved Player award in the Kawhi Leonard trade throughout the year, so I thought I knew exactly what was coming. It turns out I was wrong.

Along the same type of jokes at the Spurs’ expense I’d seen all year there were some serious statements about how San Antonio had made a mistake by not getting Siakam. There were even some coming from Spurs fans. Apparently a lot of people actually thought that the front office simply forgot to ask or picked Jakob Poeltl instead, as ludicrous as that sounds.

Fortunately both Tim Bontemps and Jackie MacMullan have recently offered some clarity to those who still needed it, as they both stated recently in Brian Windhorst’s podcast The Hoop Collective (H/T Real GM) what seemed obvious but unconfirmed until now: The Spurs never had a chance at getting Siakam.

Again, this should have been obvious to anyone paying any attention last summer. People seem to forget the terrible position the Spurs were in back then. They had zero leverage. Leonard’s value was at an all-time low because of injury when he made his intentions to leave as public as possible. Pop had a meeting in which he tried to patch things up but it didn’t prosper. Bringing Kawhi back was not an option. Knowing that, the franchises that were expected to make aggressive bids to get him lowballed the Spurs. It’s well documented. The Celtics refused to include either Jayson Tatum or Jaylen Brown. The 76ers were never willing to include Ben Simmons. The Lakers didn’t want to part with all of the assets the Spurs were asking for. All those teams had bowed out of trade talks after San Antonio made demands.

The Raptors knew that the Spurs were running out of options, so why would they make their top two prospects — Siakam and OG Anunoby — available in the discussions? Similarly, there’s no reason to think the Spurs just picked Jakob Poeltl — a fine player, as it’s turned out — over those two other higher-upside guys. He was simply the best prospect they could get. San Antonio had in fact so little leverage in that negotiation that the front office couldn’t even get Toronto to keep from putting a top-20 protection on the pick, a completely minor concession considering how good the Raptors were projected to be. There’s every reason to believe that San Antonio got as good a deal as it was going to get from Masai Ujiri. Yes, they had to include Danny Green and $5 million in cash to get DeMar DeRozan, one of the Raptors’ lesser prospects and a top-20-protected first round pick. That’s how bad their leverage was.

(Whether it was worth it to get DeRozan is another story, one I’m not going to expand on here. It has been discussed enough).

So why would people assume that it was a failure on the Spurs’ part to not get Siakam when the most likely explanation as to why they didn’t all along was that they couldn’t? Some just wanted to make jokes, which is completely understandable. The Spurs did trade a top five player in the league and didn’t even get a young centerpiece in the transaction. They’ve been for years revered as the smartest organization in the league and received — at least in the eyes of fans of other teams — excessive positive coverage as a result. Then last summer they made a trade that was questionable at the time and now one of the pieces that were at least mentioned as a potential return is emerging as a star. If someone wants to make a “the almighty Spurs couldn’t even get Siakam for Kawhi” joke while revisiting what happened I can’t be mad. It’s in play. When those jokes started to become serious comments about what actually went down, I started to get a little worried.

We’ve seen segments of the media, sometimes even in good faith, rewrite history about Leonard’s tenure with the Spurs. Suddenly Kawhi talking to his teammates and answering basic questions from the Toronto press was seen as proof that he was in a better head space with the Raptors when in reality he had done exactly that in San Antonio except during his last season. Pop saying Leonard was not a locker room leader was interpreted as the comment of a spurned coach which had inadvertently invalidated Tim Duncan’s perceived similar style of leadership in an attempt to snipe at the one that got away. The trope that the Spurs failed to recognized how good Siakam was hadn’t percolated from the depths of NBA Twitter to the mainstream yet but it was starting to look like a real possibility. Hopefully that’s in the past now.

So there you have it, Spurs fans. Feel free to enjoy watching Siakam play without having to worry about what could have been. If you see the jokes from fans of other teams, you should just ignore them, since they are not actually based in reality. And if you ever see an article in the future discussing how San Antonio could have accelerated their reload by simply asking for Siakam but were too dumb to do it, you’ll hopefully dismiss it as an uninformed opinion at best and intentionally misleading drivel at worst.

No, the Spurs never had a chance to get Pascal Siakam
Source: Pounding The Rock