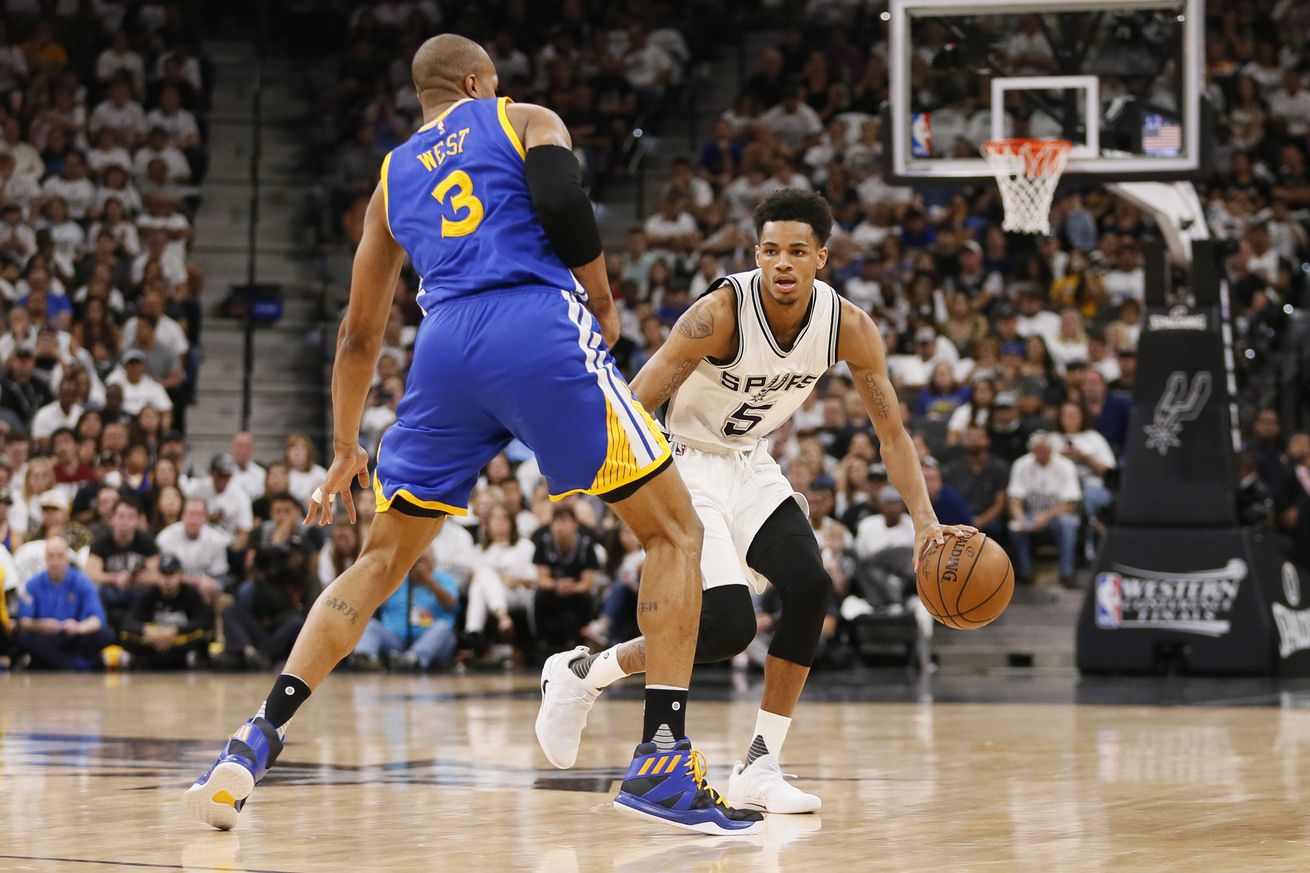 Whittington and Forbes play well, but Spurs lose to the Heat 75-74.

The San Antonio Spurs continued their trek through summer league action on Saturday night, as they played in their first game of the NBA Summer League in Las Vegas.

The Spurs led for most of the evening, but Miami’s London Perrantes hit a jumper late in regulation to give the Heat the 75-74 lead. Bryn Forbes had a great look as time expired that would have won the game for the Spurs, but his miss handed the Heat the tightly contested win.

Bam Adebayo and Zach Auguste scored 18 and 17 points respectively to pace the Heat, while Bryn Forbes led the way for the Spurs with 18 of his own.

Whittington had his best performance of the summer on Saturday night in Las Vegas, scoring 16 points on 5-of-8 shooting, while grabbing 4 rebounds and recording two blocks. He was more engaged on both ends of the floor than he had been in any of the first three summer league games, looking much more comfortable on the court. Whittington showed his tendency to be over-aggressive defensively, as he committed five fouls, but all-in-all it was a positive performance by the 26-year-old big man.

It’s Bryn Forbes’ world, we’re all just living in it this summer.

Forbes continued his hot scoring hand on Saturday night, dropping 18 points on 7-of-16 shooting, with four assists, four rebounds, and two steals. Forbes was all over the court on both ends, making plays all night long. He made encouraging strides defensively with his performance on Saturday, playing the best on-ball defense that he has played all summer.

He missed a wide open look that would given the Spurs the win as time expired, but that was just about the only thing that went wrong for Forbes on this night. He was fantastic.

Murray turned in a mixed bag performance on Saturday night. The poor shooting and turnovers were the main issues, as he scored eight points on 4-of-12 shooting, while giving the ball away five times.

Despite this, Murray still made a positive impact on the game, pulling down nine rebounds (eight on the defensive end), and dishing out four assists. Murray’s penchant of making up for his mistakes will be a valuable tool for him moving forward, but he must become more consistent to gain Pop’s full trust as a major piece in the guard rotation.

Derrick White once again did not shoot the ball all that well for the Spurs on Saturday night and missed some open looks that he is very capable of knocking down. He scored 10 points on 3-of-9 shooting in 22 minutes, but did not do much else. Overall, it was a very quiet performance out of the Spurs’ 29th overall pick.

Cory Jefferson has played well for the Spurs so far this summer and that trend continued on Saturday. He scored six points on 2-of-5 shooting from the floor and pulled in six rebounds. He also played very solid defense on the other end, which has been his strong suit in extended minutes this summer.

Jefferson has almost no shot to make the roster this fall, but he could eventually find himself a spot in this league in the future if he continues to make strides in his game.