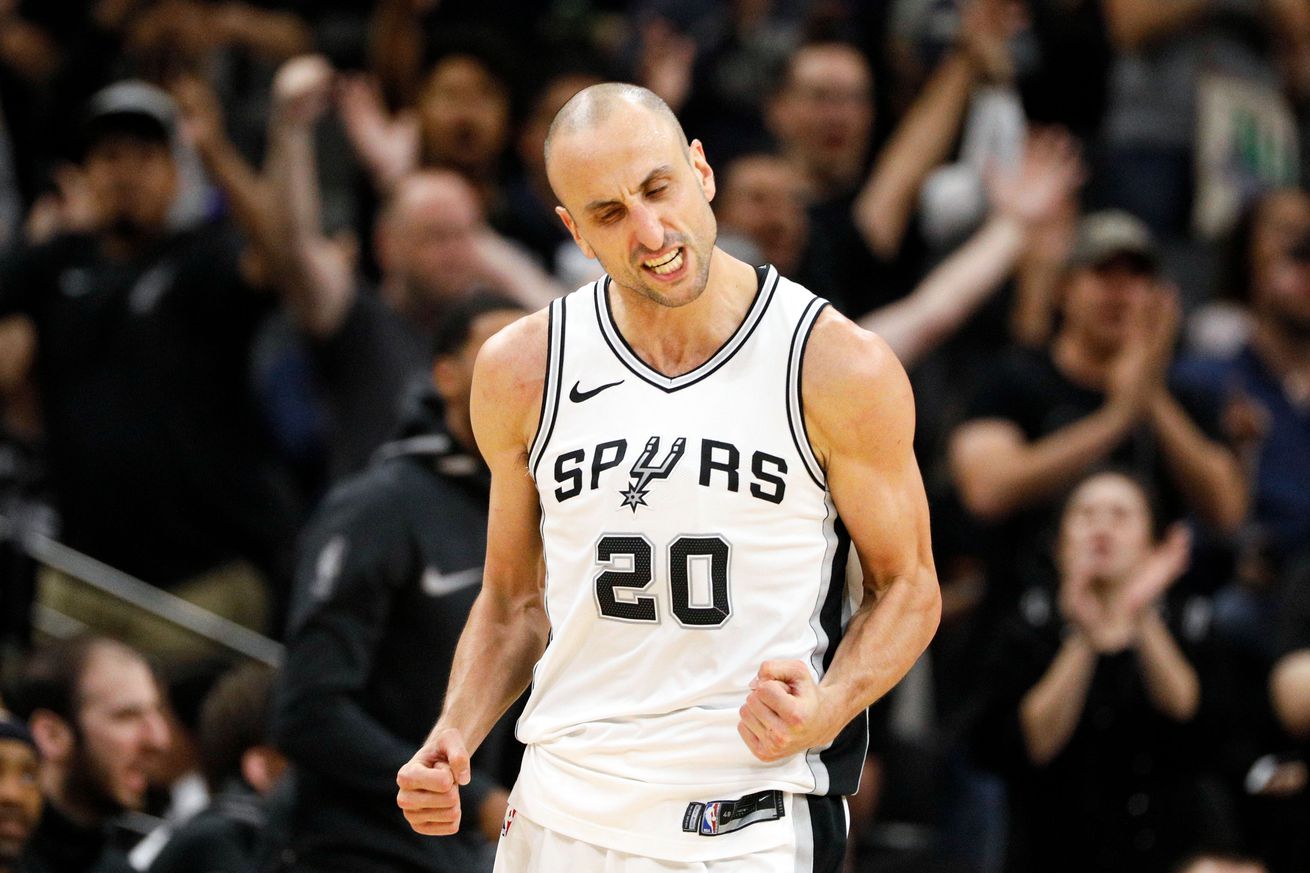 What comes to mind when we think about Manu.

It was never about the numbers, the achievements or the accolades. Manu Ginobili finished his career with an impressive collection of all three, but the result always felt secondary, the destination far less important than the journey.

Along the way, he won nearly everything there is to be won, from the Euroleague Championship, to an Olympic Gold Medal and four NBA titles. That sounds like the resume of one of the greatest basketball players ever, but with Manu, nothing is ever so simple.

He came off the bench for the vast majority of his NBA career, only starting about a third of his games, and played just over 25 minutes per game. His career scoring average, 13.3 points per game, is just a little less than Jason Terry’s 13.4. That sounds a lot less like one of the greatest shooting guards of all time and more like an over qualified role player.

Like his play, Manu’s legacy is full of contradictions. At once so incredibly talented that he threw passes almost nobody else could see but so frustratingly immune to conscience that he often threw them away. So gifted a scorer that he could have averaged 20 points per game at any point during his prime but so unselfish that he took more than 13 shots per game over the course of a season just once.

With such incongruity, Manu the basketball player is open to interpretation. You can find support for almost any position on his legacy you want within the depths of his basketball C.V. In turn, though, what you see likely says something about you, too.

If the first thing you see is the moments of brilliance sprinkled throughout his career, we can be friends. Manu hit the highest of peaks at times (the leaner to beat Serbia, the block on James Harden), putting as much excitement into such a simple game as anyone ever has. Rooting for him could be traumatic, but the joy was always worth the pain.

If your memories of Manu are the impossible angles and extraordinary vision, consider watching more soccer, if you aren’t into it already. You probably remember some of his near-misses as well as the highlight assists. The same guy who somehow threaded the needle between Norris Cole’s legs while he was running also accidentally made a three pointer on a lob attempt. His audacity was as peerless – and thrilling – as his ability.

If Manu the ultimate teammate is the version that comes to mind, first, congratulations, you’re probably a really good person, with friends and a healthy relationship with your parents and everything. Second, he really was an incredible teammate. Recall the pure joy on his face when he got Tim Duncan with the cup, or the pride, respect, and adulation on the faces of every single one of his teammates when he dunked on the entire Miami Heat organization in the 2014 Finals.

If you see the needless turnovers and reckless fouls, you might want to take up yoga or meditation. That sounds stressful. Manu could be infuriating at times, swinging entire series with unconscionable mistakes. But perfection was never Manu’s aim and for fans (and coaches) learning to accept those wild swings, to appreciate that Manu, no matter what else happened, was always going to be Manu, was part and parcel of the deal.

If, instead of all that, you look at Manu’s numbers and decide he needed to have played more to be truly great, you probably got a lot of stomach aches from eating too many sweets as a child. Numbers don’t capture the creativity or the verve of the Manu experience. And though there are ways to dice the stats that help show how incredible he was, that sort of cold analysis almost intentionally misses his very essence.

Perhaps more so than any other player in history, you really had to watch Manu play to understand. There’s just no way to capture for posterity the sheer electricity of a GINOBILI! moment.

However you see Manu, though, it’s impossible to deny his impact on the league. There haven’t been many more influential players in the NBA, and even fewer who’ve been as important to the game globally. He may be retired, but we see bits and pieces of his game every night of the season. From the stepbacks and eurosteps, to the Morey-ball shot profiles, and yes, even selling fouls, Manu was on the leading edge of all of it.

He’ll be a legend soon and a myth not long after that. Those of us who saw him play will be left to tell impatient youngsters about the wild Argentinian who was one of the handful of best shooting guards ever, but somehow never the best player on his own team. We’ll pull up grainy videos to show off his passing, his instincts, his moxie, but it will be nearly impossible to explain.

But that’s okay, because it doesn’t matter what anyone else sees in Manu. He’s like a basketball Rorschach test. It’s not about the numbers, and it’s certainly not about reaching some kind of consensus. Like art, how you feel about Manu the basketball player is very much a personal thing. It’s about what you value and how much you value it.

It’s about you. And there’s no wrong answer.