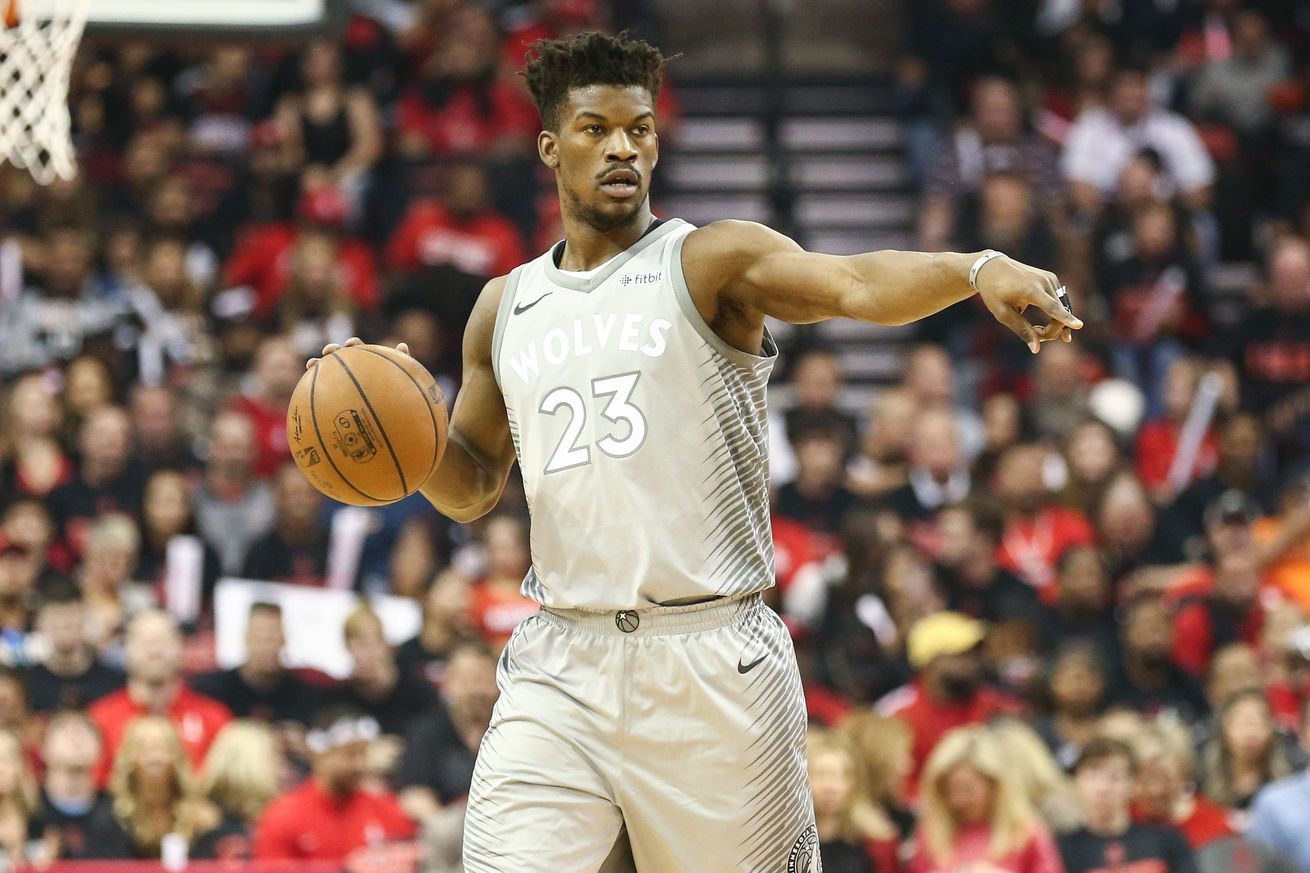 A disgruntled superstar wing asking to be traded brings back bad memories, but this time it might actually help the Spurs.

Just when it looked like the NBA’s offseason was essentially over, some huge news surfaced to shook us all out of our September stupor. Timberwolves star wing Jimmy Butler has asked for a trade after meeting with team officials and is hoping to land with the Knicks, Nets or Clippers, according to The Athletic’s Sam Amick and Shams Charania.

This development doesn’t exactly come out of nowhere. There were murmurs about turmoil in Minnesota all last season, and they only got louder as the summer progressed. As a meeting between Tom Thibodeau and Butler was reported, however, it seemed like the two parties were going to try to fix the rifts. But that didn’t happen and one of the biggest stars in the West could be on the move.

A trade feels, if not imminent then at least inevitable. Let’s take a look at what that means for the Spurs.

Before focusing on where Butler will land, let’s take a look at what losing him would mean to the Timberwolves. It’s hard to overstate how valuable Butler was to Minnesota. The Wolves with him on the court last season alongside Towns and Wiggins outscored opponents by 10 points per 100 possessions. When it was just Towns and Wiggins on the court, their defense completely fell apart and they were outscored by more than a point per 100 possessions. They went 10-13 on the games Butler didn’t suit up. It’s highly unlikely anyone that comes back in a trade will have a similar impact. Unless Andrew Wiggins and Karl-Anthony Towns both take gigantic leaps, the Wolves will go from postseason lock to fringe playoff team without Butler.

Considering how brutal the competition in the Western conference will be this upcoming season, a mediocre return for Butler is fantastic news for the Spurs. A healthy Timberwolves squad featuring Butler was likely to finish comfortably above San Antonio in the standings despite losing a couple of valuable contributors in the off-season. Butler made the Wolves a tough out. Without him, Minnesota is just another young team with awful defense that relies on individual offensive talent to win. The Spurs have traditionally crushed that type of opponent, which bodes well for their season series. If Jimmy is traded — and at this point it looks like he’ll force his way out, despite Thibs’ desires — the Spurs could have one fewer opponent to worry about in the playoff race.

With the Trail Blazers losing their depth, the Thunder likely missing Russell Westbrook to start the season and the Jazz making no big upgrades, the second tier in the West is not looking as scary as it did earlier this summer. Now the Wolves are losing their best player. Homecourt advantage in the first round might not be a pipe dream anymore.

The Spurs don’t have the assets to get Butler, so they should hope he goes East

Butler landing in San Antonio is extremely unlikely. Too many other teams are able to put together better packages. The Spurs would be unwise to go all in and include all of their best young assets and picks. They shouldn’t include DeRozan and Aldridge either, even if it would make some sense from a cap management perspective, because the mandate is to win now. The Wolves have little incentive to trade in conference (for reasons I’ll explain below), and a package of, say, Pau Gasol, a young player and the Raptors 2019 pick is probably not enough to sway them. For all those reasons, the Spurs won’t likely get Butler. They should do their due diligence, of course, but it’s unlikely they land him.

Fortunately, neither will any West team, in all likelihood. In a way, the Wolves will face a similar predicament the Spurs encountered when Kawhi Leonard asked out. Even if they move their best player, rebuilding is not an option. Not with Thibs around and a fanbase starved for some success. They will have to find a package that allows them to remain relevant. Beyond what they get back, where Butler lands also matters. If they trade him to the Clippers, for example, they will be making it harder on themselves to get to the postseason, as they would be helping a direct opponent get better. The same goes for the Lakers, if they were to get involved.

Unless a West team put together a godfather offer, it’s in the Wolves’ best interest to send Butler to the East, hopefully starting a trend. If the Spurs can’t get other West teams’ disgruntled stars or marquee free agents, they need to hope they land in the weaker conference, where they’ll only have to meet them a couple of times a year and never in the playoffs.

Spurs fans know what it’s like to have a superstar two-way wing ask for a trade, so they can relate to what Wolves fans are feeling right now. This time, however, the trade that seems inevitably coming could actually help the Spurs’ playoff chances this season and potentially going forward.