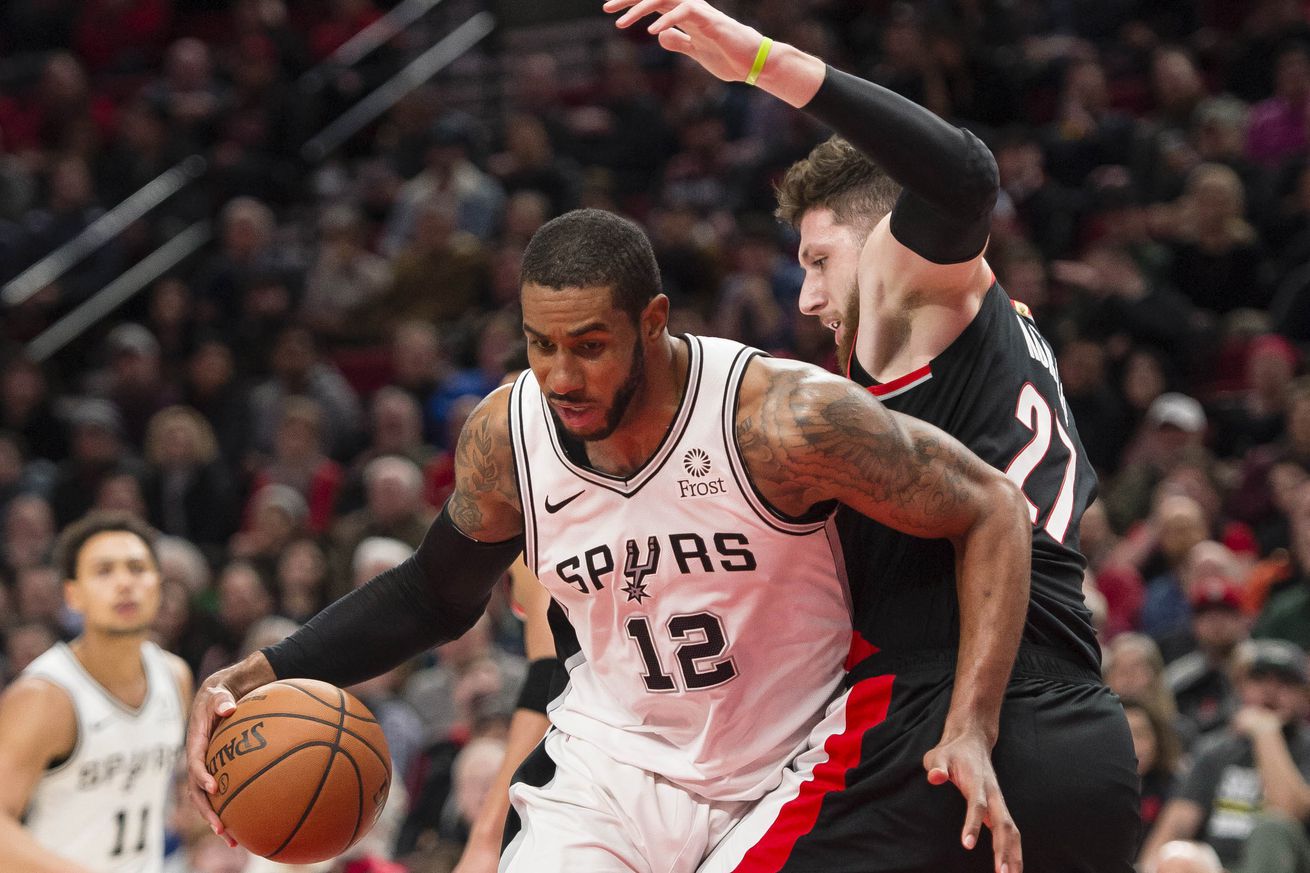 Talking LaMarcus Aldridge and all things Spurs with “Hoops and Talks” Podcast of Blazers Edge.

The Spurs have a big match-up coming up with the Portland Trail Blazers on Saturday as part of a four-game homestand that could play a vital role in their positioning as we get closer to the playoffs.

Ahead of that match-up, I talked to Tara Biggs and Cassidy Gemmet of Blazers Edge on their Hoops and Talks Podcast. We covered a variety of topics, including the future of Gregg Popovich, how far LaMarcus Aldridge has come with Spurs fans in the last two seasons after a sketchy start, the current state of the Spurs, and a hypothetical Spurs-Blazers playoff match-up. As a bonus, we also discussed what three NBA players — current or former — we’d want on our survival team during the Zombie Apocalypse.