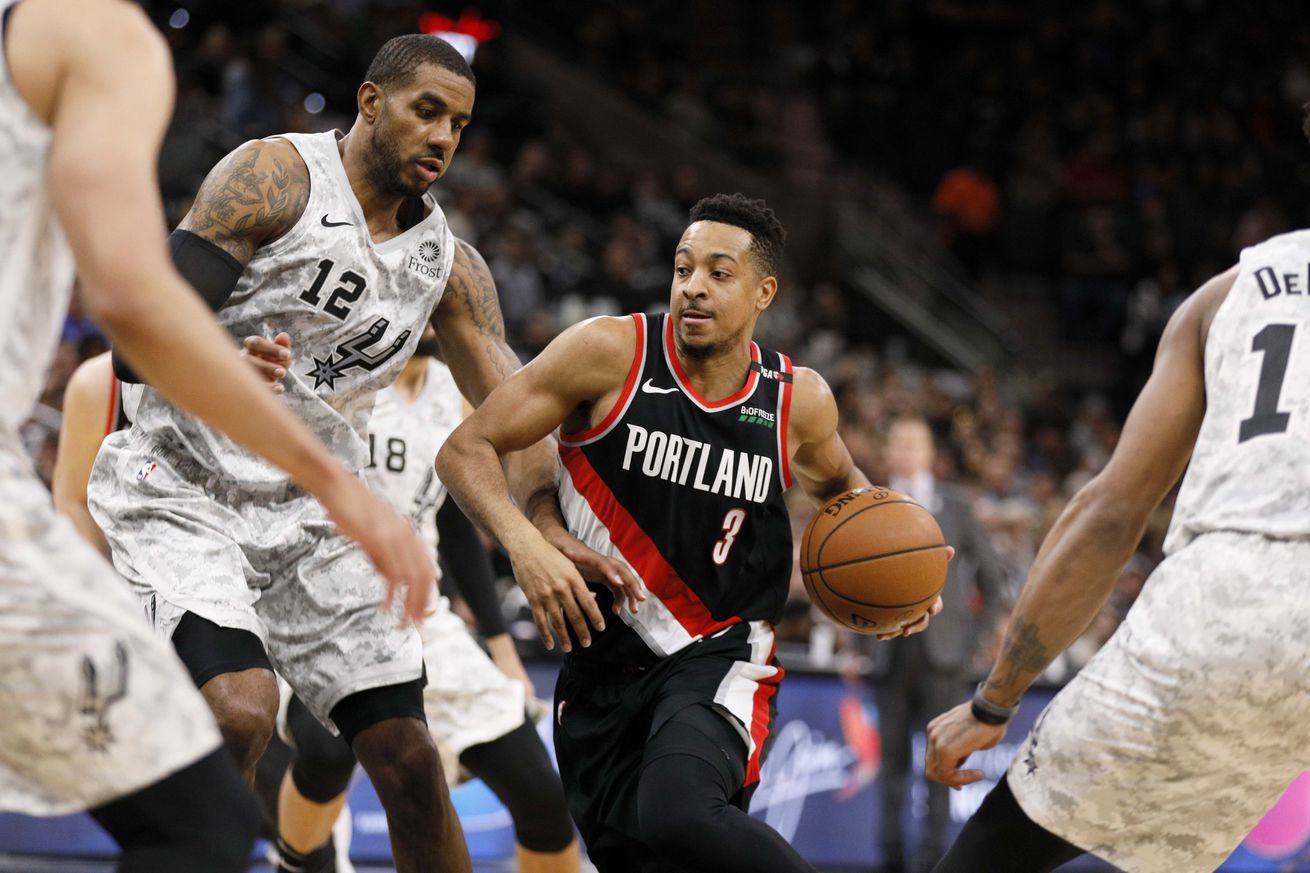 The undefeated Spurs face their toughest contest of the season so far against the Portland Trail Blazers, who beat the Dallas Mavericks last night with Damian Lillard and CJ McCollum outdueling Luka Doncic in a close game. After close, exciting games against the Knicks and Wizards, the Spurs face their first Western Conference opponent tonight, and they probably won’t get away with not playing well until the fourth quarter if they want to finish out the home stand with a win. A victory tonight would leave them tied for the lead in the west before they go on the road to face #2 and the Clippers on Halloween night. GO Spurs GOoOOO!